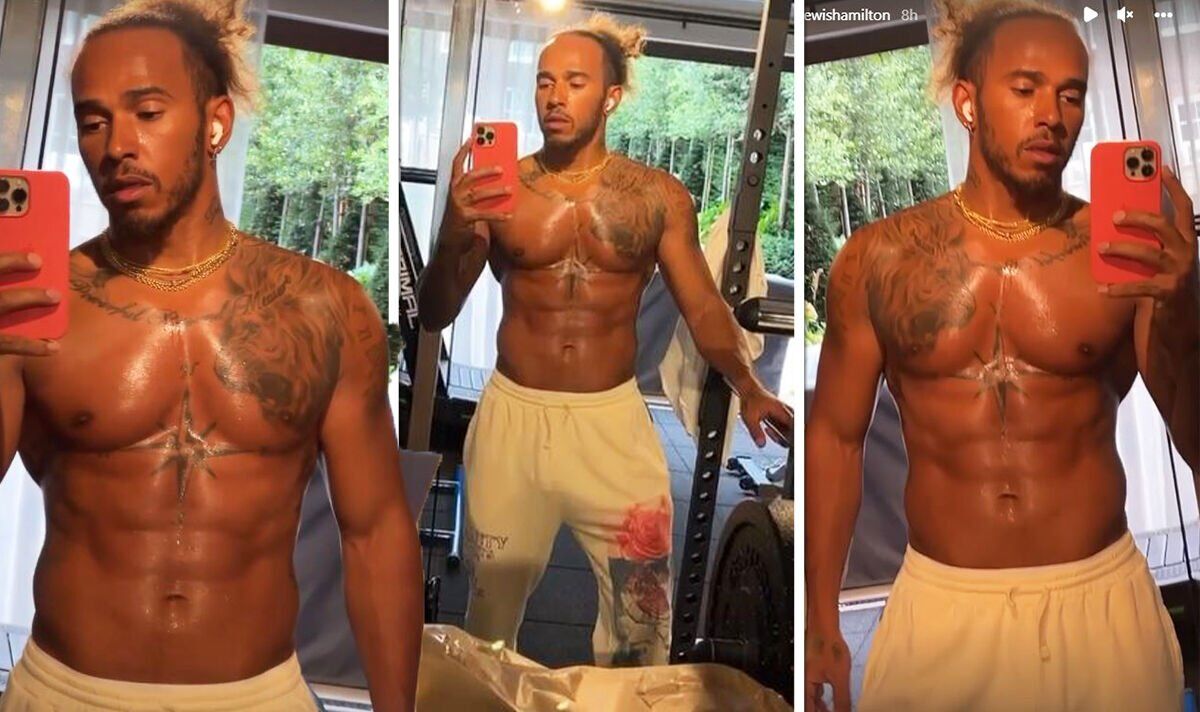 Lewis Hamilton filmed a short clip after a difficult workout for his 29 million Instagram followers, which put his incredible physique on display.

The sportsman sported a shiny sheen of sweat on his impressively ripped torso, which also showcased his multiple tattoos.

Lewis donned a pair of white tracksuit bottoms alongside multiple gold chains around his neck.

He wore his hair pulled back in a ponytail away from his face and had a pair of earphones in.

Sharing a motivation quote with fans, the star wrote: “Progress takes time, no matter how fast or slow, keep pushing.”