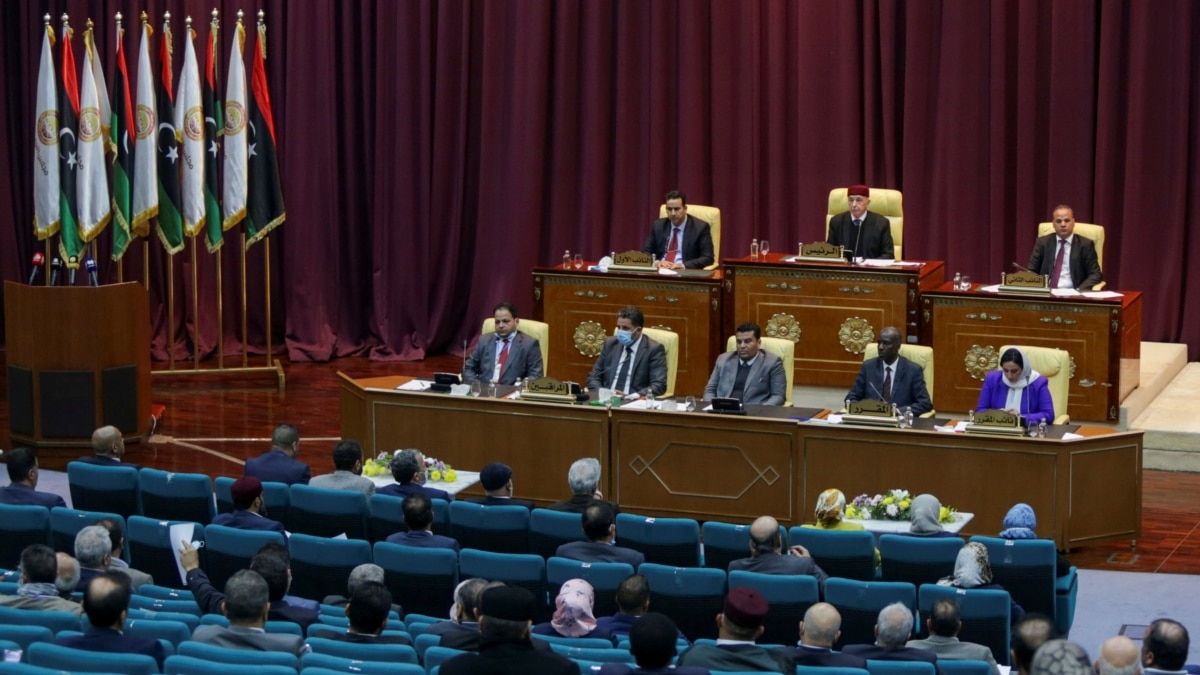 Libya’s parliament is set to vote on a new prime minister on Thursday, but incumbent Abdulhamid al-Dbeibah has rejected the balloting, saying Libyans should not have another period with an interim government.

“I will not allow new transitional periods. We will not retreat from our role in government that we pledged to the people until elections are achieved,” al-Dbeibah said in a speech Tuesday.

The planned vote, if held, will have just two of the seven declared candidates getting formal approval to be on the ballot.

Al-Dbeibah was appointed in February 2021 through the Libyan Political Dialogue Forum, a body created in 2020 to help Libya regain its democratic functions.

The plan was for elections this past December, but instead parliament postponed it and moved on to vote for a new prime minister in what amounted to another transitional period.

The planned parliament vote is most likely to face disapproval by the High Council of State (HCS) in Tripoli, which says legislators first need to reach consensus on the road map toward stability and democracy.

“This political arrangement is not worth anything and is a leap in the air,” said HCS President Khalid al-Mishri during a news conference Sunday in Tripoli. “We approved the parliament’s demand to change the government, but it is necessary to determine the constitutional path for the elections first.”

Another hurdle is dealing with Libya’s militias, which are divided over the status of Dbeibah. Last week, clashes erupted among rival militias in Tripoli in the wake of parliament’s attempts to oust the prime minister.

Some 33 loyalist militia leaders in Tripoli and Misrata, the most powerful military bloc in western Libya, have opposed the east-based parliament’s decision.

“A new prime minister can only take over if he has at least the acceptance or even better the support of the major Misrata militias and of some of the more important militias from the capital Tripoli,” said Wolfgang Pusztai, former military attaché in Libya.

Since incumbent Prime Minister Dbeibah and candidate Fathi Bashagha are both from Misrata, it’s unclear which side militias will take.

Who is likely to be Libya’s next prime minister?

Bashagha has the likely advantage if voting takes place Thursday as scheduled. Unlike al-Bibas, who is currently a Libyan diplomat in Morocco, Bashagha has served as interior minister and was previously a presidential candidate.

He gained greater political renown after becoming the de facto strategic leader of the defense of Tripoli when General Khalifa Haftar attempted to take over the capital.

He also met with Haftar seeking a compromise during the preparation of the now-postponed elections in December 2021.

“If the majority of the militias… I would even call them kingmakers… decide or agree that Bashagha takes over, this will be the case,” Pusztai said.

Some information for this report came from The Associated Press.