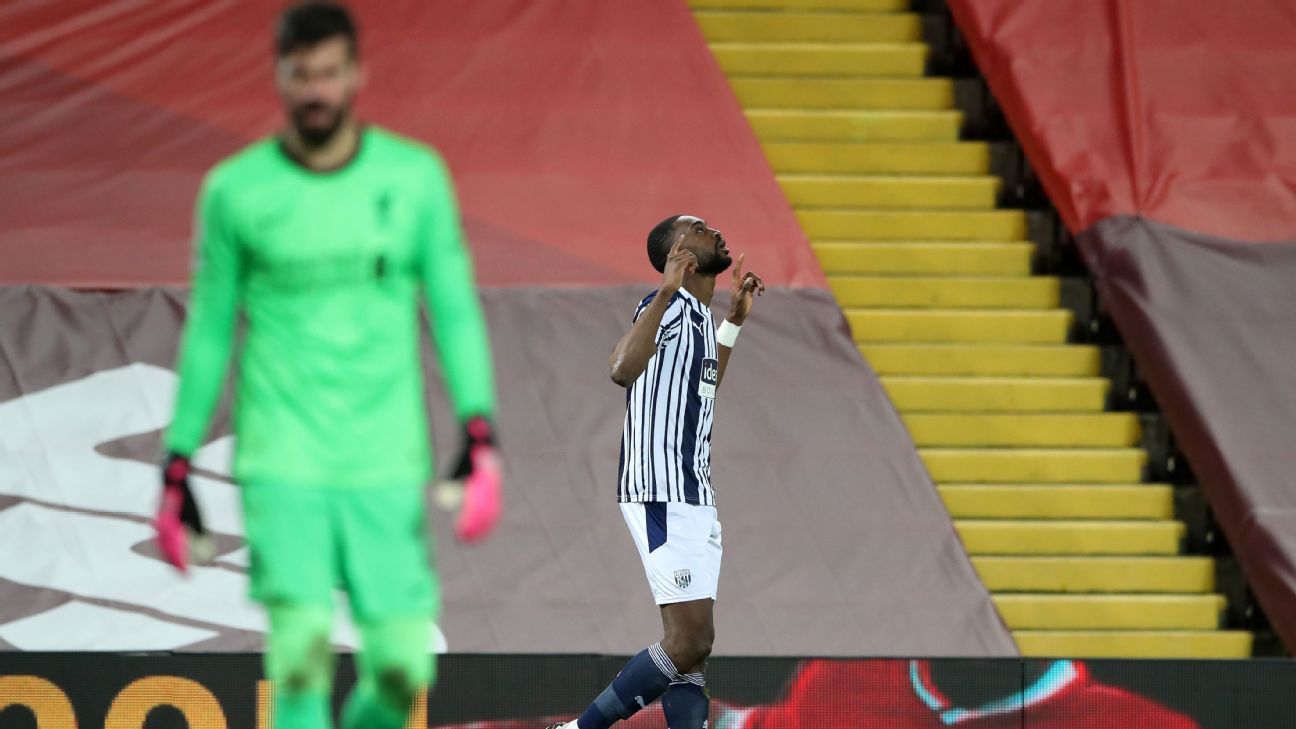 Liverpool were held to a frustrating 1-1 draw against West Bromwich Albion on Sunday at Anfield.

Semi Ajayi scored a late equaliser to cancel out Sadio Mane‘s first-half opener as Liverpool failed to open up a five-point lead at the top.

Liverpool also suffered another injury concern when Joel Matip limped off with a groin injury in the second half.

Liverpool dominated possession from the first minute and opened the scoring after 12 minutes when Matip clipped the ball into Mane who chested it down and rifled a shot past West Brom goalkeeper Sam Johnstone.

After the goal, the hosts failed to muster many clear cut chances but fullbacks Andy Robertson and Trent Alexander-Arnold provided a constant threat with their crosses into the box.

By half-time, Liverpool had enjoyed 87% possession and no West Brom player had completed more than eight passes.

The visitors provided a better threat in the second half and were given a boost after Matip limped off after 59 minutes.

West Brom grabbed their equaliser after 82 minutes when Ajayi headed in from Matheus Pereira‘s cross.

Roberto Firmino had a wonderful chance to win the game in stoppage time but saw his header saved by Johnstone.