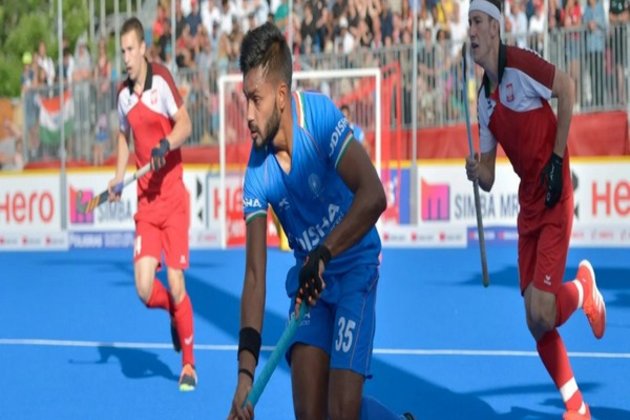 The 25-year-old, who scored 10 goals in five matches, was the tournament’s top goal scorer and was awarded the Best Player of the Tournament. “Firstly, it’s a great feeling to be playing for the Indian team. I am really happy that I contributed to the team’s cause. It was a wonderful experience and I really loved playing this format of the game,” expressed Raheel. The Indian team led by Gurinder Singh finished the round-robin stage on top with three wins and one draw in four matches and remained unbeaten in the tournament.

They started their campaign with a 4-3 win and played out a 2-2 draw against Pakistan on an opening day. Then on Sunday, they registered massive 7-3 and 6-2 wins against Malaysia and Poland respectively before scripting a stunning comeback against the latter in the Final match. Raheel, who got on the scoresheet in all five matches, netted twice in India’s thrilling 6-4 win against Poland in the Final. Reflecting on the campaign, the young forward said, “It was a new experience, the matches were really fast-paced, but we improved match-by-match and got to score a lot of goals. We started using the perimeter boards more, and with that our finishing got improved. We played really well as a team. It’s a great feeling to win the inaugural edition of the Hockey5s.” Apart from emphasizing the entertainment factor involved in this short 5-a side format, Raheel also credited the FIH for making this event a memorable experience for all the participating teams.

“Credit to the FIH for introducing the Hockey5s. It was a beautiful set-up in Laussane, we really enjoyed it. We were playing in front of a packed ground after so long, so it made this experience all the more memorable,” he concluded. (ANI)