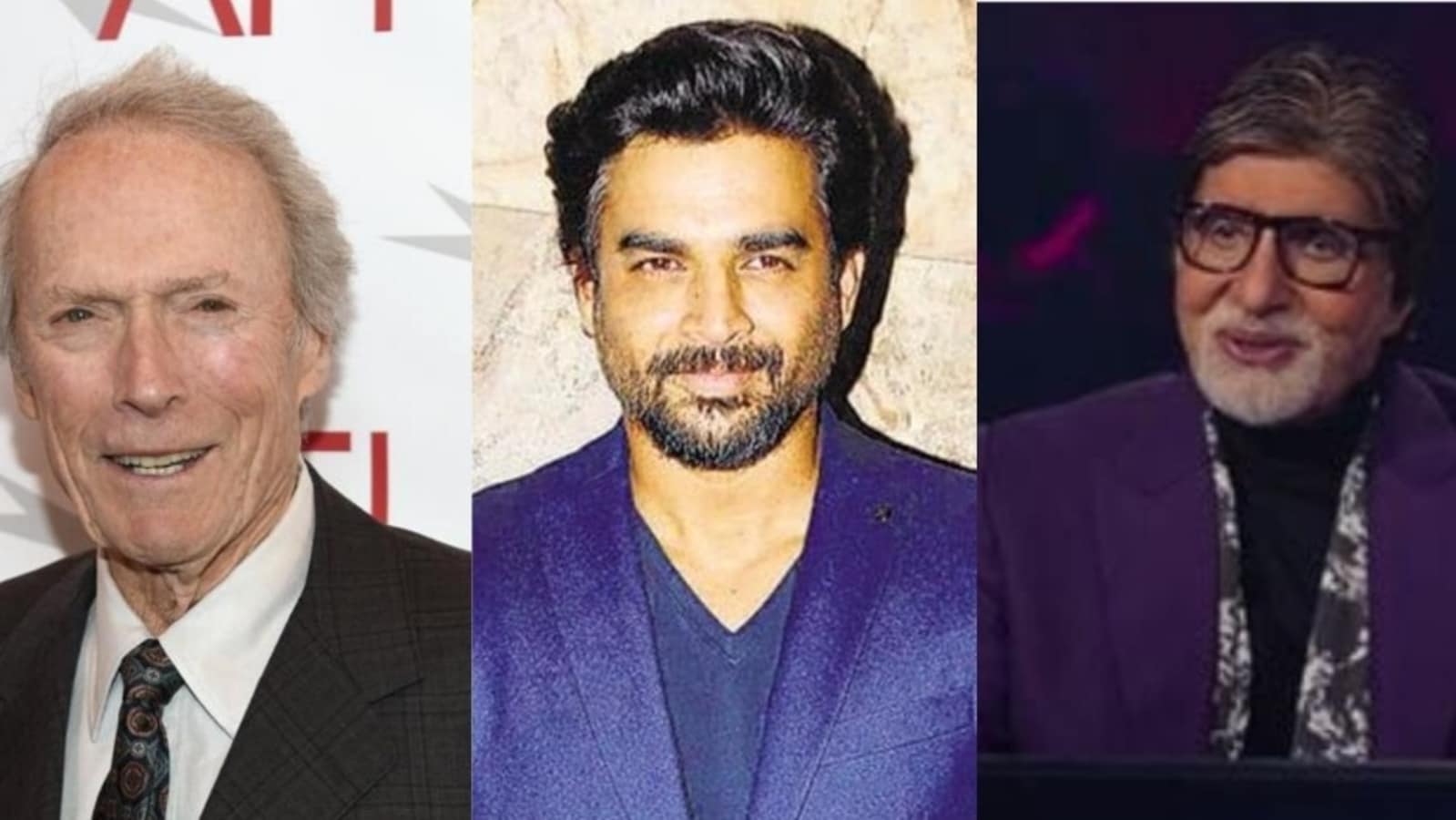 Actor R Madhavan has spoken about two veteran actors, Clint Eastwood and Amitabh Bachchan, whom he follows ‘earnestly’. In a new interview, Madhavan said that while Clint is ‘breaking rules’, Amitabh has ‘managed to stay relevant’. He also talked about how his recent film Rocketry: The Nambi Effect is ‘well-researched’ and has been made ‘keeping authenticity in mind’. Also read: Rajinikanth calls R Madhavan ‘at par with best directors’ for Rocketry The Nambi Effect, says film is ‘a must watch’

He also spoke about what makes him happy as an actor. Madhavan said that if his audience ‘only sees the character’ he plays in a film and not him ‘then it works fine’ and makes him happy. He also said that he doesn’t do films for awards.

In an interview with Tribune India, Madhavan spoke about the actors, “Clint Eastwood and Amitabh Bachchan are two persons I follow earnestly. At 91, Eastwood is still making movies that he wants to, breaking rules, winning Oscars. Amitabh sir too has always managed to stay relevant.”

Speaking about Rocketry, the actor said, “It’s a film that has been made keeping authenticity in mind. No graphics have been used, no prosthetics have been used, losing or gaining weight was natural, everything was well-researched, which takes time. It took us four years to complete.”

Rocketry: The Nambi Effect is Madhavan’s maiden directorial venture. The film is based on the life of former ISRO scientist Nambi Narayanan, who was falsely charged with espionage in 1994. Rocketry chronicles Nambi’s early days as a graduate student at Princeton University, before exploring his work as a scientist and the espionage allegations against him.

Madhavan also has an upcoming film, Dhokha-Round D Corner, which will release theatrically on September 23. The film also stars Aparshakti Khurana, Darshan Kumaar and Khushalii Kumar. The suspense thriller is directed by Kookie Gulati. It has been produced by Bhushan Kumar, Krishan Kumar, Dharmendra Sharma and Vikrant Sharma.