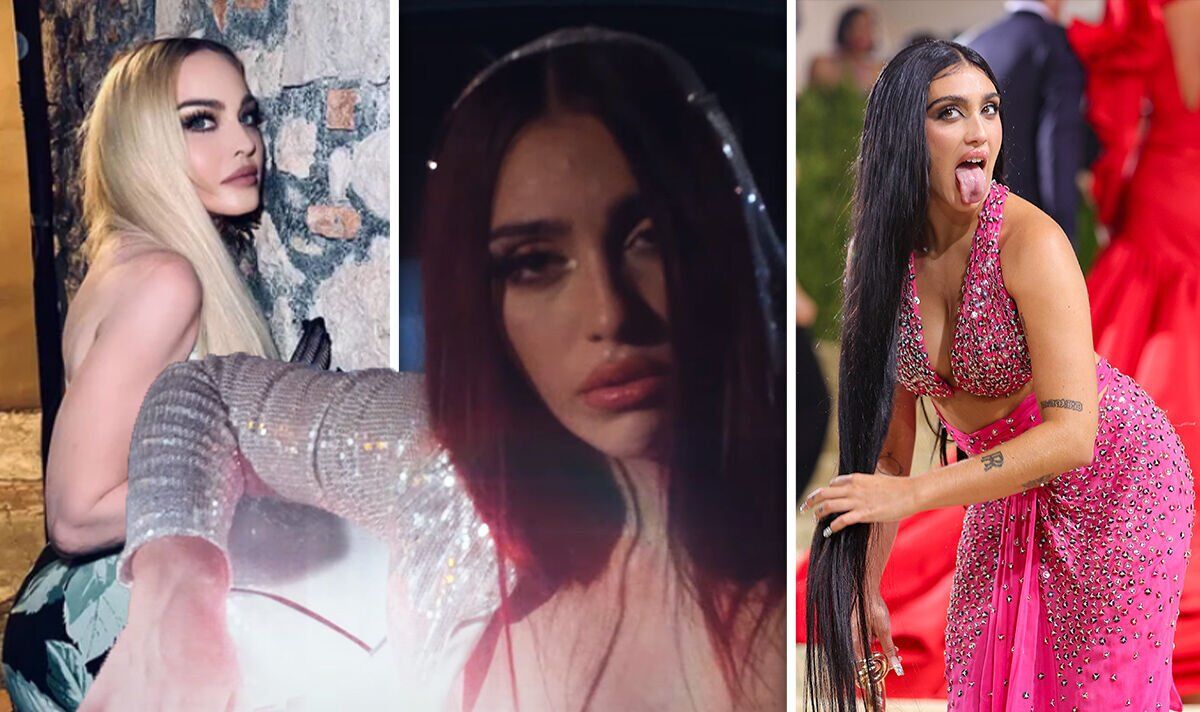 Lourdes Leon, 25, has followed in her 64-year-old mother Madonna’s footsteps with her racy clothing choice for her debut single music video.

The young artist looked incredible as she posed topless, using a pair of silver nipple pasties to cover her modesty.

In another scene Lourdes poses on the beach doing the splits, exposing her enviable figure as she was naked apart from fishnet tights.

The new single, called Lock & Key, is a club anthem, with the style following in the footsteps of her famous mother’s.

Madonna has just returned from Sicily, where she spent time with family and friends to celebrate her 64th birthday.