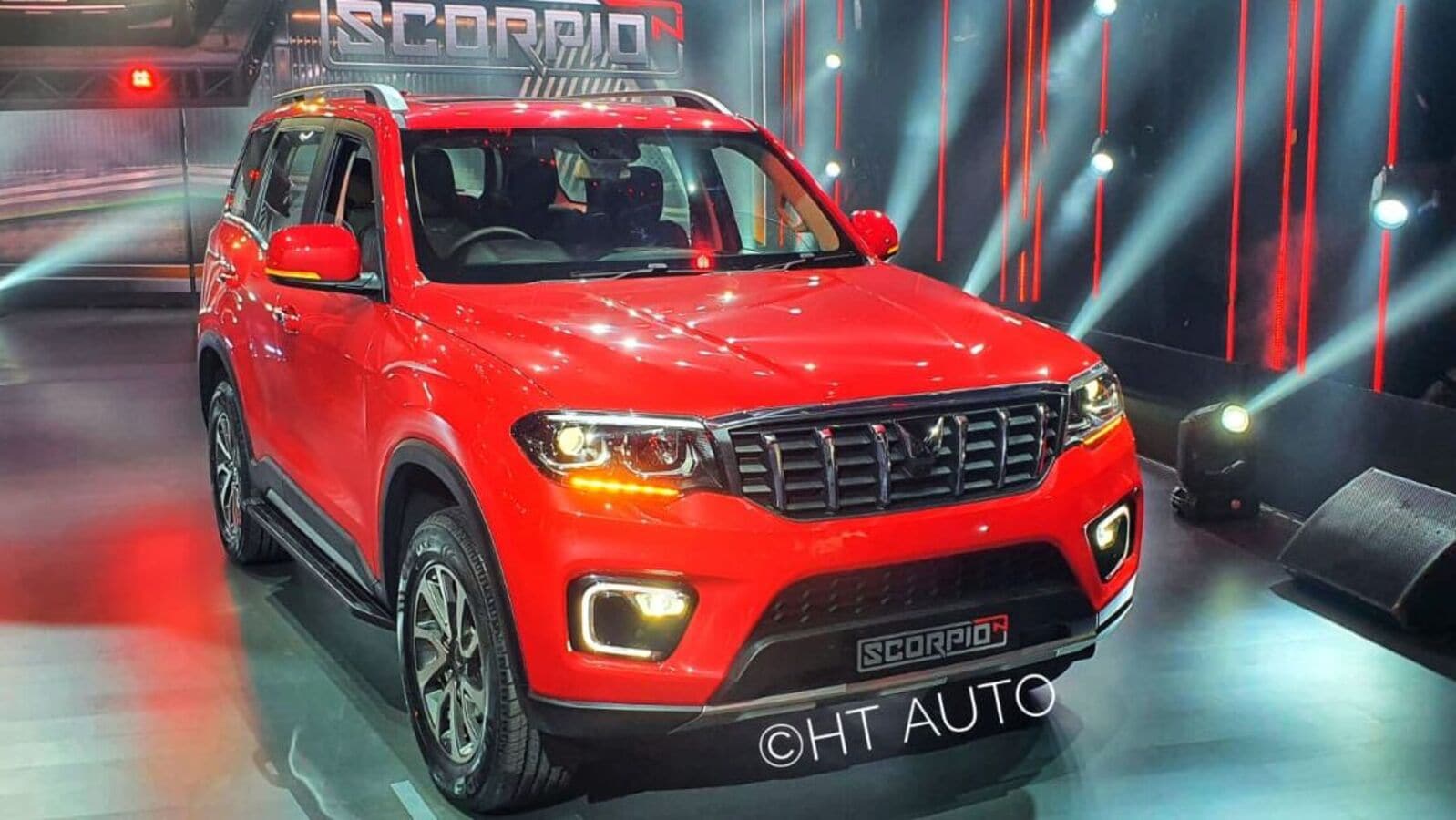 Mahindra Scorpio-N has been officially launched today in India. It comes carrying a significantly different appearance compared to its predecessor and has been built from the grounds-up. It also comes sporting the new twin peak brand logo that debuted on the Mahindra XUV700. The Scorpio-N is set to challenge competitors such as Hyundai Creta, Hyundai Alcazar, Tata Safari, and Tata Harrier. It will also challenge the Toyota Fortuner as well.

Mahindra Scorpio-N carries a substantially updated design compared to the current Scorpio. However, the Scorpio-N’s design carries some similarities to the Scorpio. Scorpio has been one of the bestselling SUVs from the brand and the new iteration of the car is expected to further boost its appeal.
…read less

Mahindra
Scorpio-N
has
been
officially
launched
today
in
India.
It
comes
carrying
a
significantly
different
appearance
compared
to
its
predecessor
and
has
been
built
from
the
grounds-up.
It
also
comes
sporting
the
new
twin
peak
brand
logo
that
debuted
on
the
Mahindra
XUV700.
The
Scorpio-N
is
set
to
challenge
competitors
such
as
Hyundai
Creta,
Hyundai
Alcazar,
Tata
Safari,
and
…read more

The launch event of the Mahindra Scorpio-N has come to an end. Read full launch report here. Check out gallery here.

Add-to-cart will be opened from 5th July

Mahindra has confirmed that the add-to-cart option for the new Scorpio-N will be available from 5th July.

First 25k buyers can buy the Scorpio-N at introductory prices

Scorpio-N gets a wide range of connected car technologies and advanced features onboard. Mahindra claims the SUV comes with more than 70 connected features.

Mahindra Scorpio-N is built on a rigid architecture.

Mahindra Scorpio-N is claimed to come with a best-in-class body roll.

Longer and wider than Scorpio

New Mahindra Scorpio-N is 206 mm longer, 97 mm wider and has a 70 mm extra wheelbase compared to the Mahindra Scorpio. Also, it comes with improved high-speed stability and structural rigidity.

The toned muscle of an athlete is the main inspiration behind Mahindra Scorpio-N’s exterior design.

Mahindra Scorpio-N gets both petrol and diesel engine options. The petrol motor is a 2.0-litre mStallion turbo petrol engine that produces 200 PS power and 380 Nm torque. The diesel motor is a 2.2-litre mHawk engine putting out 175 PS and 400 Nm in its higher state of tune. The transmission options include a six-speed MT, as well as a six-speed AT with first-in-class shift-by-cable technology.

Captain seats for the first time

Mahindra Scorpio-N received the captain seats, which ensures a comfortable seating experience for the occupants at second row.

Mahindra Scorpio claims to have changed the Indian SUV space. The SUV witnessed 26 per cent growth in the first five years after being introduced in 2002.

Mahindra to start bookings for the new Scorpio-N from 30th July at the dealerships and online as well. The customers will have two-weeks window of amending bookings.

Mahindra Scorpio-N comes with a feature-packed cabin that gets a Sony sound system with 12 speakers, a 20.32 cm touchscreen infotainment system with Android Auto and Apple CarPlay. It is claimed to have the biggest sunroof in its segment. The rich coffee black leatherette seats offer ample seating comfort.

Mahindra claims the Scorpio-N comes with the highest command seating position, forward visibility and off-road capability. This SUV is claimed to have six per cent better visibility for the driver compared to other D segment SUVs.

Mahindra Scorpio-N is ready to be launched

A butch and muscular SUV

Mahindra Scorpio-N appears butch and muscular. The SUV gets pronounced wheel arches, a huge flat bonnet and a stepped-up roof similar to the current Scorpio. The chrome belt line appears like the sting of a Scorpio as it rises up the D-pillar. The new twin-barrel headlamps and swiping turn indicators, sting-like LED DRLs surrounding the fog lamps enhance its premiumness and style quotient.

The new Mahindra Scorpio-N is internally codenamed Z101 and it is built on a new body-on-frame platform.

Mahindra Scorpio-N is ready to be unveiled in a few hours. Here is the first glimpse of the car right from the venue before its unveiling.

Mahindra Scorpio-N to be available in five trims

The new Mahindra Scorpio-N will go on sale alongside the existing Mahindra Scorpio, which is set to be called Scorpio Classic. The new SUV has been internally codenamed as Z101.