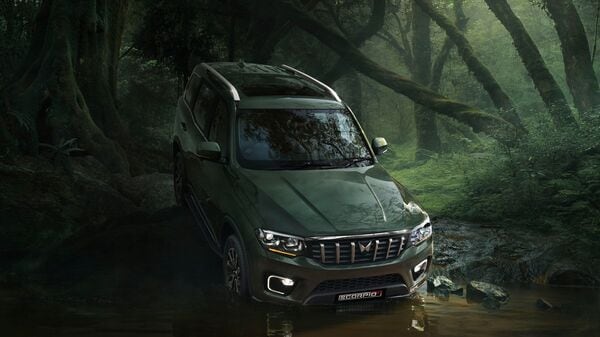 2022 Mahindra Scorpio-N will be make its debut on June 27. The SUV has undergone sea change in terms of exterior design as well as features inside.

Mahindra and Mahindra is all set to launch the Scorpio-N facelift SUV in India soon. The carmaker will debut the new generation Scorpio on June 27. Mahindra has already showcased the exterior looks of the SUV through official images which shows the versatile vehicle has undergone major changes in terms of looks. New details about the SUV has now emerged closer to its debut date which reveals the power output of the engines to be used in the new Scorpio-N.

The 2.0-litre turbocharged petrol engine, which is also being used in the flagship SUVs like XUV700 and Thar, is likely to generate 168 hp of power. This will be nearly 40 hp more than what the standard 2.2-litre diesel engine can generate. Even the 4X4 variant of the new Scorpio-N, which will come with the same diesel unit, is likely to be less powerful than the petrol engine on offer.

Both engines are expected to be offered with the choice of either a 6-speed manual or a 6-speed torque converter automatic transmission unit.

2022 Mahindra Scorpio-N will be the second model in Mahindra’s lineup to come fitted with the company’s new SUV branding seen on XUV700. Built on a new body-on-frame platform, the new Scorpio-N has undergone a revamp in design with sharper looks at the front. Besides the reworked grille, the SUV will also get dual LED projector headlamp units.

The interior of the new Scorpio-N, which has not been revealed officially yet, is also expected to undergo several changes. The SUV is now likely to come with features like a new touchscreen infotainment, new steering wheel setup, 360-degree camera, dual-zone climate control, connected car technology, cruise control among others.