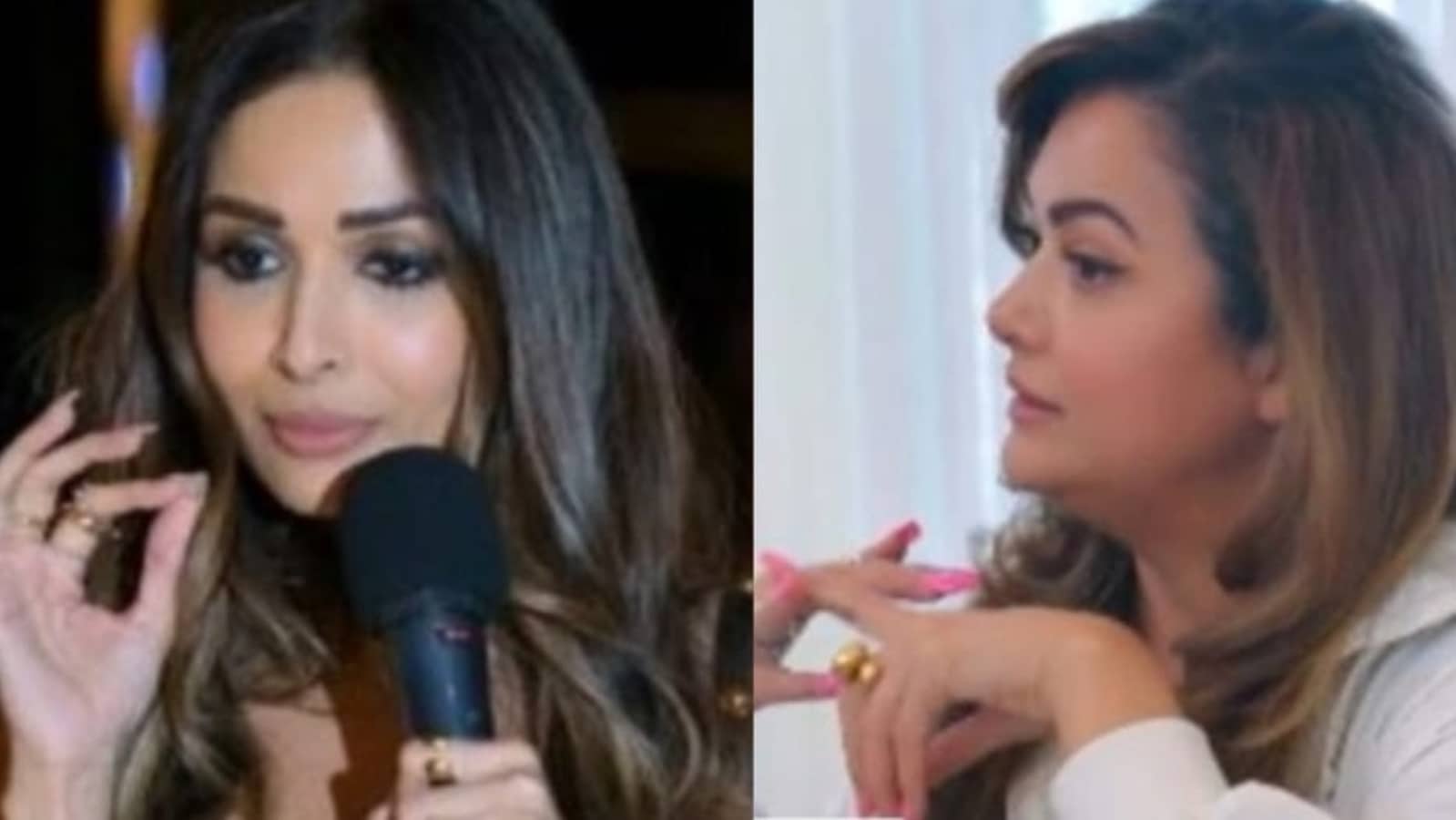 Malaika Arora and Amrita Arora have been airing out their issues with each other on Moving In With Malaika. The two have fought over Malaika’s stand-up comedy on the show, where she had compared herself with her sister, and called herself the ‘pretty one’ and also commented on Amrita having a ‘rich husband’. In the latest episode of the show, the sisters were on their first ever holiday with just the two of them. However, in one of the more heated moments from the show, thus far, Malaika shouted at Amrita during an outing. Also read: Days after clash on reality show, Malaika Arora hugs sister Amrita Arora at airport. Watch

Tuesday’s episode showed Malaika landing up in Goa to be with Amrita, who was ‘avoiding’ her sister after their recent arguments over Malaika’s stand-up, in which Amrita said Malaika Arora had made fun of her. Towards the end of the episode, a promo showed that as they left a Goa restaurant after lunch, Malaika realised she had lost her phone, and blamed Amrita for it. The two got into a heated argument, with Amrita asking Malaika to leave her alone as she entered the restaurant again and asked for a drink.

The promo opened with Malaika dancing on the table inside a restaurant as Amrita and the staff and guests cheered her on. Next, as the sisters left, Malaika looked at Amrita and shouted, “My phone! Did you do something? Is this a prank?” After Amrita told her it was not a prank, the sisters went to the restaurant again and Malaika asked everyone inside to put their phones down and not take her videos.

As they left the restaurant again, Amrita told Malaika, “You always throw me under the bus. The entire restaurant has seen what has happened!” To which Malaika said, “Nothing has happened, I just lost my s***… I gave you my phone to click my pictures that is it. I did not touch my phone after that.” Responding to which, Amrita said, “You lost it at me… I do not want any of this! You please go in the car. I have no interest in coming back.” As Malaika sat inside the car to leave, Amrita went back inside the restaurant, and said, “Guys, I’ll have another drink.”

Moving In With Malaika streams on Disney+ Hotstar at 8pm from Monday to Thursday. Apart from Amrita, many celebs have made an appearance on the show, including Farah Khan, Karan Johar, Kareena Kapoor and Neha Dhupia. Malaika’s son Arhaan Khan was also seen on the show.