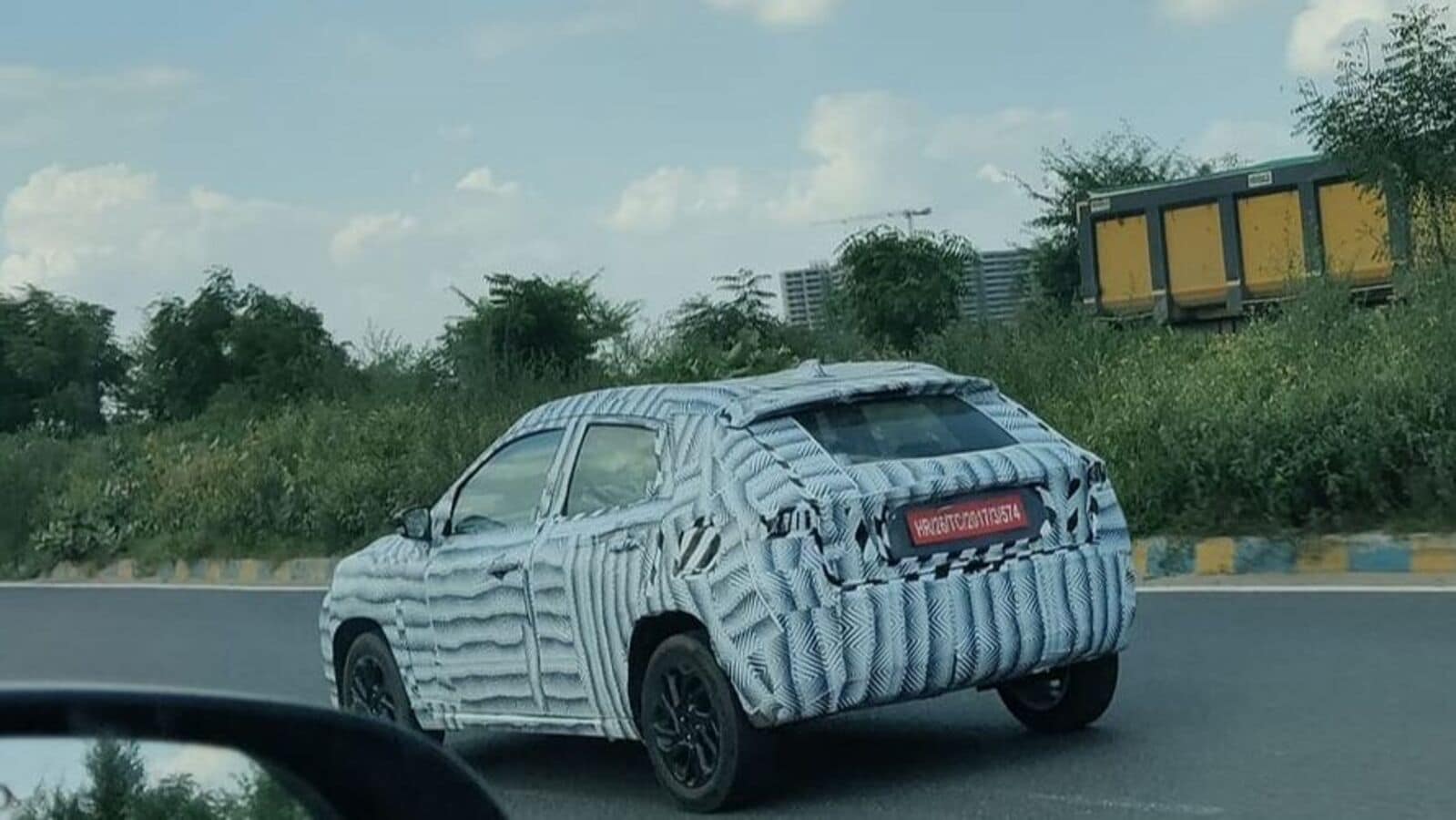 The new Baleno-based compact SUV will go against the lower variants of Hyundai Venue and Kia Sonet. It will also comepte against the Nissan Magnite and Renault Kiger.

Maruti Suzuki is developing a new compact SUV that will share its underpinnings with the Baleno premium hatchback. It has been codenamed YTB and is currently under development. Maruti Suzuki will place the YTB below the Brezza, this is because the Brezza has become quite expensive over the years and some rivals are undercutting the starting price of Brezza. Maruti YTB can take some design inspirations from the Futuro-e concept and as it can be seen, the new compact SUV is a coupe SUV. Maruti Suzuki YTB might get launched or unveiled at the Auto Expo that will happen next year.

The test mule was spotted in Gurugram where Maruti’s facility is also located, it is quite common for people to spot Maruti’s test mule here. In the picture, the Baleno Cross is covered with white camouflage and only the rear three quarter is visible.

The rear glass of the Maruti YTB is steeply raked and it seems like there is a sleek pair of tail lamps. A shark-fin antenna, roof rails and a rear spoiler are visible. From the previous test mules, it was revealed that the manufacturer will also offer a rear wiper with a washer.  There should also be a rear defogger on offer.

The front is not visible but the previous test mule had a split headlamp setup. so, the LED Daytime Running Lamp was placed above while the headlamp assembly was in the bumper.

It is expected that the YTB will use the same Heartect platform just like other Maruti Suzuki vehicles. This will help in saving research and development costs as the manufacturer would not have to develop an all-new platform. Moreover, the engine could also be the same as the Baleno. So,  there are chances that it is the same 1.2-litre naturally aspirated unit. Having said that there are rumours that Maruti Suzuki might introduce a turbocharged engine for the YTB.