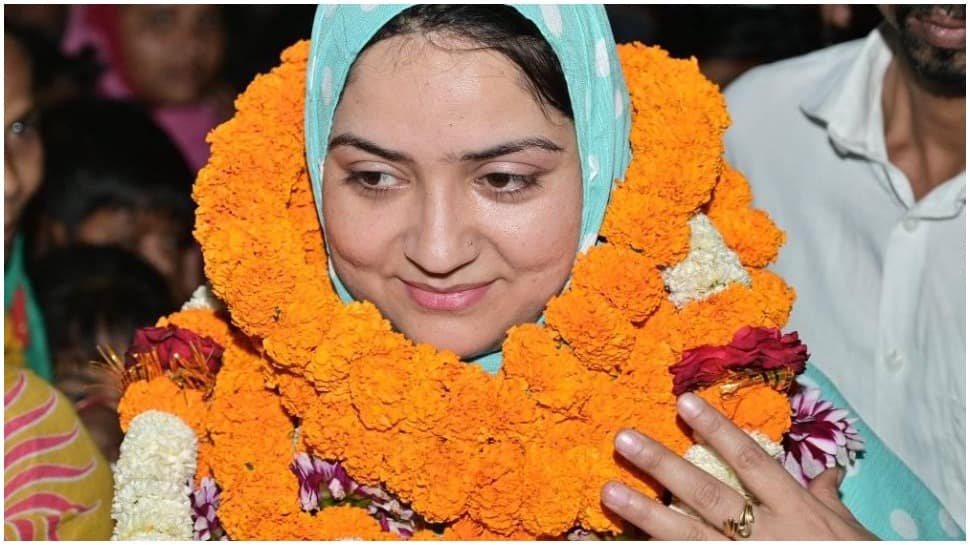 Independent candidate Gulmaki was elected as the chairperson defeating Sasmita Mishra of the BJD by 3,256 votes.
Gulmaki, who is a newcomer to politics despite her husband having been a BJD leader, filed her nomination papers for the post after being encouraged by the local people.

“Initially, I was scared…But gradually people from all communities came forward to support me as they have trust on an educated woman like me,” Gulmaki said.

She said that Bhadrak town, situated on the Odisha coast, has people from all communities. While 59.72 per cent of population are Hindus, Muslims constitute 39.56 per cent, followed by Christians (0.12 per cent), while the remainder are Sikhs, Buddhists and Jains (0.02 per cent).

“The people voted for me because they want development of their areas which I can do,” she said adding that her family members and local people campaigned for her.

When asked how she will run the 30-member municipality where BJD has secured a majority by winning 17 councilors, she said, “I think I can also be a good politician. My uncle, aunts and others in the family are active in politics. My maternal uncle was a councilor and my maternal aunt was elected as vice-chairman many years ago.”

Gulmaki, however, admitted that initially she was reluctant to contest the direct elections. “But people here know my family well and everyone insisted that I take this up. Their trust and cooperation throughout the journey, from filing the nomination to the counting day, ensured my win,” she said.

This time during the elections and keeping in view past experiences of communal tension, the State Election Commission, Odisha had deployed at least 15 platoons (1 platoon has 30 personnel) of security forces and a deputy an Inspector General rank officer to maintain law and order.

Gulmaki said, “I may have been born a Muslim family, but as a chairperson, I will work in an impartial fashion. Development is my only agenda. I have never come across any ill feeling towards me. My Hindu brothers who have worked for me during elections will never regret electing me. I will work for everyone.”

According to political analysts, no Muslim woman has so far been elected as chairperson of any civic body in Odisha so far. However, one Md Akbar was the chairperson of another Muslim dominated municipality in Kendrapara from 1983 to 1990.

Though no Muslim woman has been elected as MLA so far, Mahammed Moquim of Congress is the lone Muslim face in the Assembly now after winning from Cuttack Barabati assembly segment in Cuttack city.

Earlier, during the Congress regime, Matlub Ali and Habibulla Khan had been ministers in the state. The ruling BJD has also sent Munna Khan to Rajya Sabha from the state. Muslim community constitutes less than 3 per cent of Odisha’s population.