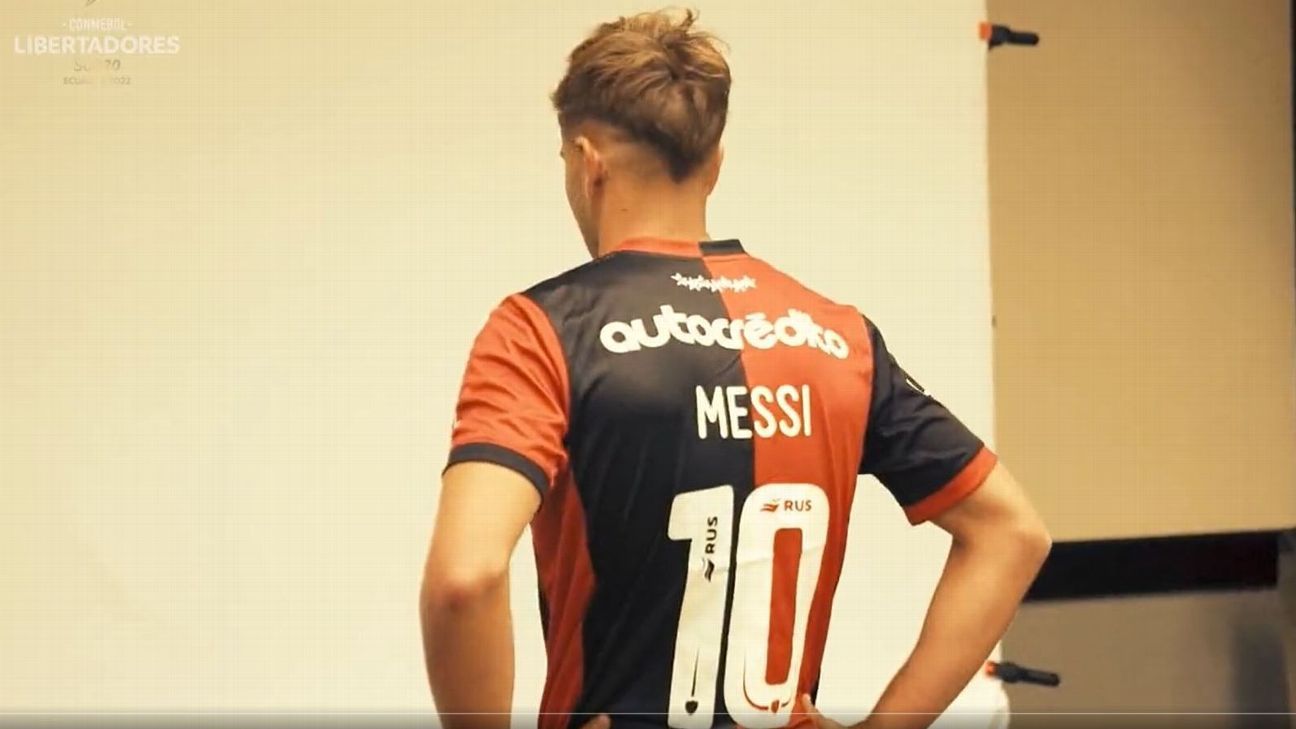 Over the years, a handful of young footballing prodigies have earned the “new Lionel Messi” tag as part of the soccer world’s as-yet fruitless search for an heir apparent to the Paris Saint-Germain and Argentina star.

Indeed, very few of these supposed successors have even come close to living up to the grandiose and unreasonable expectations thrust upon them. The likes of Bojan Krkic, Mauro Zarate and Alen Halilovic have all struggled with the weighty mantle, and not many have truly flourished in their own careers as a result.

However, one player is coming closer than any other to following in the seven-time Ballon d’Or winner’s footsteps at Newell’s Old Boys, the Argentine club where Messi began his playing career.

The Rosario-based club have found themselves a brand new Messi, in a very literal sense, after Joaquin Messi made his debut for their Under-20 side this week.

Joaquin, who is no relation to Lionel, was named on the bench for Newell’s Juveniles’ in their Under-20 Copa Libertadores clash against Guarani and was even assigned the squad number made iconic by his namesake.

The 19-year-old, who was born in a village near Rosario and has been with the club since he was eight years old, came on as a substitute in the second half but was unable to prevent his side slipping to a narrow 1-0 defeat.

“I’m Joaquin Messi, a Newell’s player and I’m playing with the No. 10 jersey,” he said while introducing himself in a prematch interview. “Since I’ve arrived, many people have asked me if I have any connection with him [Lionel Messi].

“It’s simply coincidence because in the village where I live there are three families that have the Messi surname so it’s normal, just like it is with other surnames in the rest of the world. I happen to share the same surname with him [but] because I’m a footballer it has more relevance. I started at Newell’s like him, I’m now wearing the No. 10.”

The young forward was also asked about the possibility of one day playing alongside Lionel Messi, as the latter has repeatedly expressed his desire to end his career with a stint at his boyhood club.

“It would be the most beautiful thing that could happen to me in my life. It would be something impressive,” Joaquin said.

Asked who would wear the No.10 jersey should the pair be teamed together, the teenager revealed that he would gladly hand it over in order to play alongside his idol.

And like the most famous Messi to play at Newell’s, he also wears the number 10 shirt.

Meet Joaquín Messi of the Newell’s U20s. His dream is to play alongside his namesake Lionel at the Estadio Marcelo Bielsa.#Newells pic.twitter.com/O2BqkzWLX5

Joaquin, who turns 20 in April, has made four appearances for the Newell’s reserve side since making his debut in late February though is yet to start a game.

Argentine newspaper La Nacion reports that, due to his status as a fringe player, Joaquin is more likely to continue his career elsewhere rather than at the Estadio Marcelo Bielsa — thus further reducing the likelihood that he will ever get the chance to play alongside his namesake at Newell’s in the future.

Perhaps the best way for Joaquin to emulate his hero would be to follow the lead of 16-year-old Norwegian youth player Daniel Are Knutsen, who simply changed his name to “Lionel Messi” in order to earn a trial at a club in his homeland.

It’s hardly a reliable long-term strategy for a career in professional football, but at least he’d only have to change one part of his name.