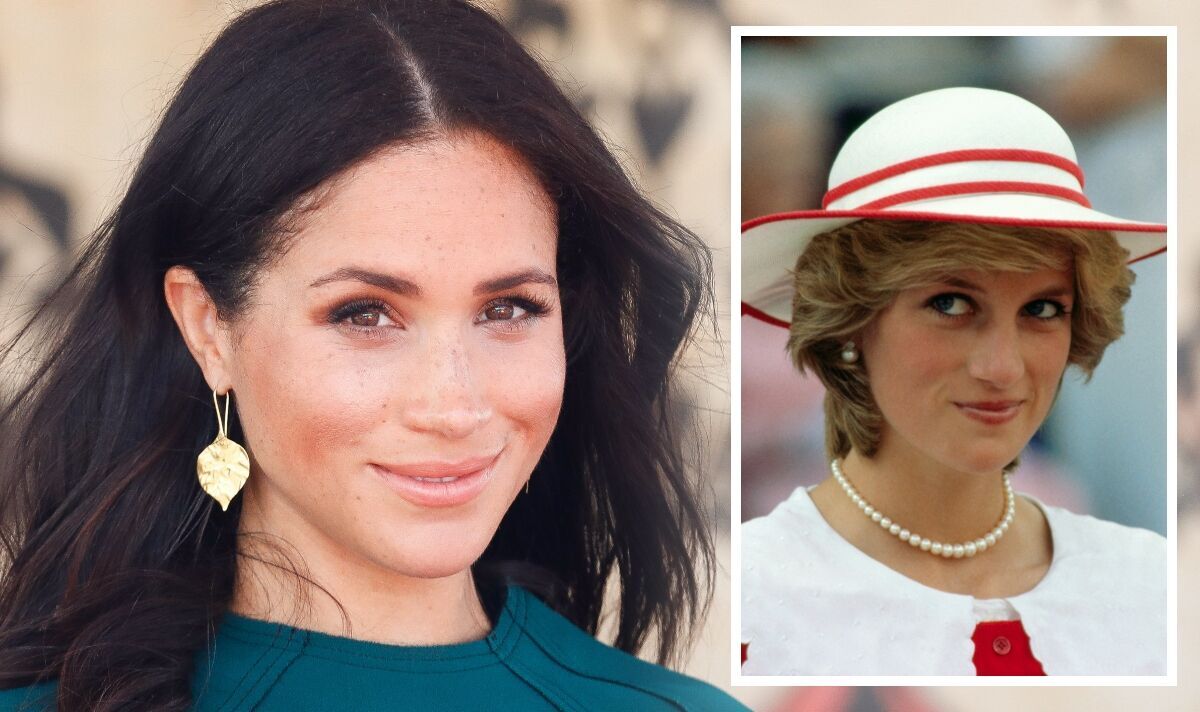 Meghan Markle, 41, is back in the UK to mourn her late grandmother-in-law, Queen Elizabeth II, who sadly died on September 8 at the age of 96. The Duchess of Sussex has often been compared to the late Princess Diana in terms of fashion and their humanitarian causes. According to Jasmine Rose Anderson, a professional psychic medium, the duo would have been “best friends”. She claimed: “Had Princess Diana been still alive, Meghan and Diana would have been best friends. I see the energy of both women being slightly different in personalities.

“Meghan is portrayed as feisty, too serious and controlling which is far from the truth. Diana was soft, maternal, honest and incredibly vulnerable which is why so much of the public related to her.

“With Meghan, there is a bit of a protective exterior, which is what Diana wished she could have had.

“However, she did have a scandalous sense of humour and I feel like this is the case with Meghan too although we often don’t get to see that side of her.

“When it comes to astrology, Diana was a Cancer which is renowned for traits of sensitivity, maternal nature and care and compassion. They feel everything very deeply.

“Meghan is a Leo and Leos are generally very vulnerable and anxious, but they put on a brave face to the world and hide behind an image – often seeking the spotlight to hide this softer side of them.

“Diana would have been protective of Meghan while I feel that Meghan would have returned this sentiment.

“This would have been a very compatible friendship because they share the same values as mothers and women making a difference in the world specifically when it comes to political views.

“I think on a night out, however, you would have seen their wild side and a lot of mischief-making, possibly pranking people.”

Would Meghan have more in common with Diana or Harry?

The expert suggested: “Meghan would have more in common with Diana in this instance. While both women had different upbringings, something Diana is pointing out to me is there are similar traumas and wounds in childhood.

“Diana mentions looking for maternal love and seeking that out as she entered the Royal Family often feeling incredibly alone. While Meghan was brought up by a single parent, I feel she understands some of that pain.

“That pain made both women incredibly empathetic and protective over young children. Women’s rights are also being shown to me right now.

READ MORE: Meghan and Harry ‘achieve more global recognition’ than Kate and Will

“I feel these two women would have spent hours talking about this and how they could help to be the change they wanted to see in the world.

“Furthermore, both women have received negative publicity and this would have been something the women would have related to, especially the impact it had on both women emotionally.”

Would the pair of them include Kate Middleton in their close friendship?

The expert opined: “Yes Kate would have been included in their friendship. Diana admires both women for their different character traits.

“Kate radiates a very gentle maternal energy similar to Diana and I feel they would have been companions on charity work.

“Diana loves Meghan’s fierce lioness-type qualities when it comes to her children and her families.

“The two women would be closer if Diana was alive today and would encourage them to support one another through challenges.

“Diana had firsthand experience of how challenging being a royal and how much independence is sacrificed as well as being in the public eye all the time. She would definitely have been a great comfort and advisor to both women,” the expert claimed.