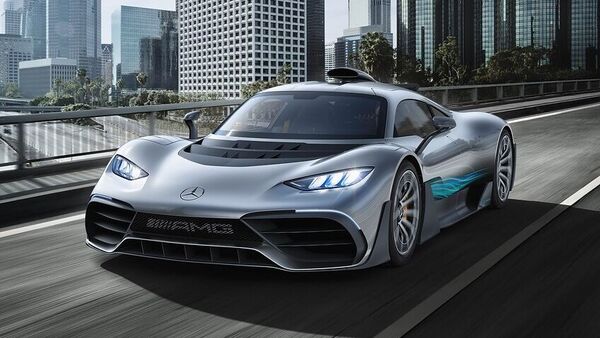 Mercedes-AMG One pairs a Formula One engine with a street-legal car.

Mercedes-Benz introduced its aspiring Project One hypercar concept back in 2017, which previewed a road-legal hypercar inspired by Formula One racing machines. Mercedes-AMG claimed that it wants to make a 1000 hp street-legal car with an engine derived from Formula One. However, showcasing a concept and making it, in reality, are two different things. Mercedes-AMG has revealed that it is facing a lot of difficulties in making the car.

Mercedes-Benz CEO Ola Kallenius even joked about the approval of the hypercar in the first place. He said that the team of the automaker that approved the Project One hypercar was probably drunk when it said yes to the project. In an interview with Autocar UK, Mercedes-Benz’s CEO said that the team at AMG and the High-Performance Powertrain Formula One arm came to the board of the company around four years ago and said that they have got a great idea. They reportedly proposed putting a Formula One engine into a road car.

The production version of this car was originally planned to launch in 2019, but the automaker is yet to start producing it. Kallenius indicated that the automaker is facing various roadblocks during the development stage of the ambitious project, with the stricter emission norms being the major one among them. However, they also pointed out that Mercedes-AMG is determined to finish this project, no matter how difficult it is.

Mercedes CEO also said that the German auto company is ready to reveal news about the AMG One in a couple of weeks. However, he didn’t reveal any further details about the hypercar. The company may reveal details about the upcoming Project One’s specifications and launch timeline as well.