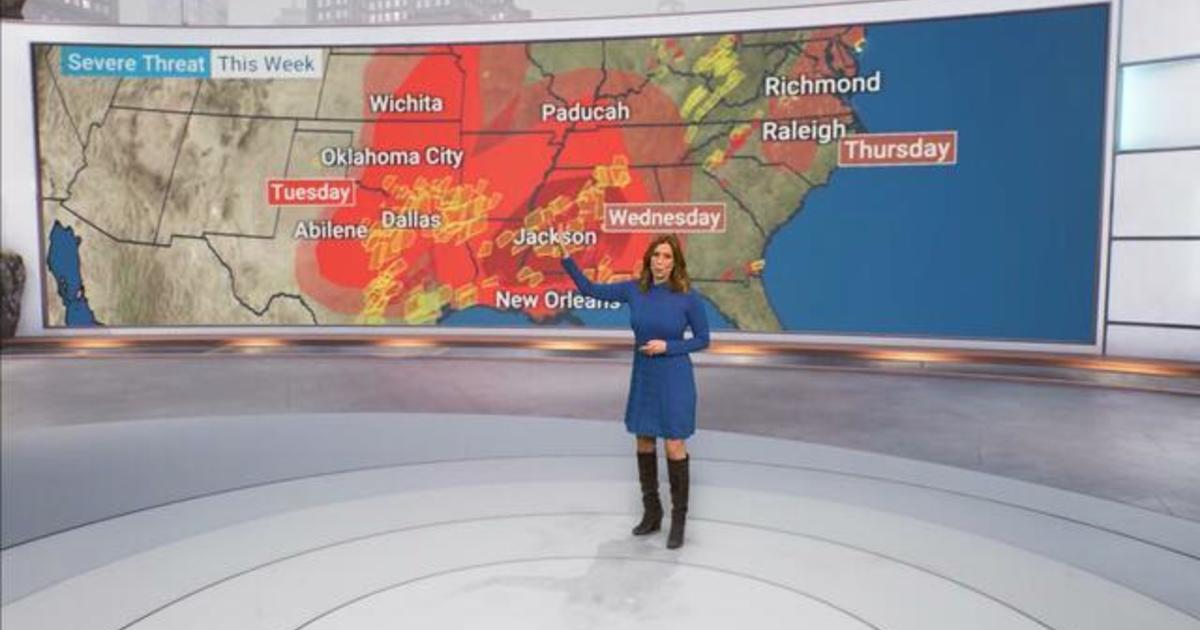 Sixty-three million Americans are bracing for another round of dangerous weather across the South this week — just days after a deadly tornado outbreak caused widespread damage in multiple states.

Alabama, Louisiana, Mississippi and Texas — all of which saw tornado warnings last week — could potentially see them again over the next few days, The Weather Channel meteorologist Stephanie Abrams said Monday on “CBS Mornings.”

“So if you know anybody that lives from Kansas City southbound, south of Dallas, let them know that this threat is going to start as we head late Tuesday into very early Wednesday morning,” she said.

The system is expected to sweep eastbound and then move along the East Coast on Thursday. That region doesn’t have the same dynamics in the atmosphere, Abrams said, but there’s still a chance of severe weather anywhere from Philadelphia down to Fayetteville in North Carolina.

Abrams urged the public to start preparing, noting that storms that hit overnight typically cause the most deaths. Parts of New Orleans and the surrounding area were hit with at least two powerful tornadoes last Tuesday night. Two people were killed and several others were injured, officials said.

Those twisters came just a day after a line of tornadoes tore through Texas and Oklahoma, causing extensive damage to multiple homes and even a school in Jacksboro, Texas.

On Monday, CBS News and The Weather Channel announced a new content collaboration that will combine the expertise and technology of the organizations to provide viewers with in-depth weather reporting and immersive storytelling.