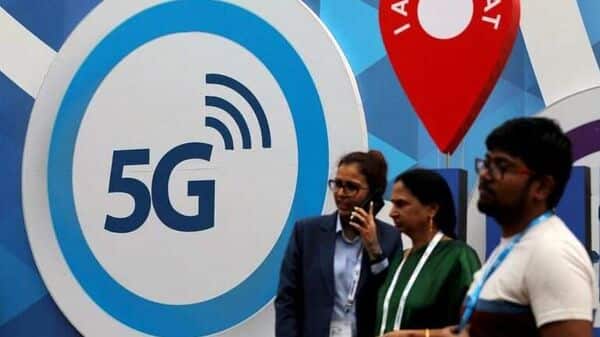 The 5G spectrum bandwagon has rolled out today. The auctions promise to herald a new era in cutting-edge telecom services. But for Indian telcos, it’s also a moment of reckoning, a fine-balancing trapeze act. As they pick up spectrum bands, they’ll have an eye on the long-term business economics as well. How do they pick up the frequencies which make a compelling business proposition and don’t leave a big dent in their already fragile balance sheets? Telcos may initially target the mid-bands which offer affordable services, and even more importantly, can connect to handsets already available in the market. The 700 Mhz band is the primary 5G band globally but that may not happen in India immediately because it’s priced prohibitively.

Here’s how the battle for spectrum is likely to play out over the next few days as telcos seek a bang for their mega bucks.

Which bands are used for offering 5G services?

Spectrum is a natural yet limited resource which permits communication of different kinds. The spectrum is split up into frequencies in the low, mid and high bands. The sub-GHz or the low bands consist of airwaves under 1000 MHz, which is great for ensuring voice and data communication over short distances. These bands are typically used by carriers to add capacity onto their networks. The mid bands are between 1 GHz and 6 GHz, which include the 3.5 Ghz band that the Indian government is putting up for auctions beginning today. The high bands are those between 24 Ghz and 40 Ghz, which include the 26 Ghz band which is also up for sale today. Telcos require a combination of airwaves in these bands to offer 5G services.

Which is the best spectrum band for 5G?

It is expected that operators will focus on mid- and high-band spectrum to rollout 5G services in India. Telcos are likely to focus on mid-band network rollout for an initial two-three years as it is comparatively cost-effective and has adequate device availability in the market. Device ecosystem plays a big role in deciding the bands. Almost every mid-range to premium segment smartphone launched in India over the last two years will support the 3.3-3.67 GHz band.

Why is 3.5 GHz band considered the best from business point of view?

Mid-band i.e. 3.3-3.67 GHz delivers faster throughput speeds and greater capacity compared to low band. It has a good balance between speed and coverage and supports all three primary usage categories of 5G—eMBB (enhanced mobile broadband), mMTC (Massive Machine Type Communications) and uRLLC (Ultra-reliable and Low Latency Communications). It will also be very expensive to roll out services on just the 26 GHz band as operators will have to heavily invest in small cells due to the shorter range of airwaves in this band. Similarly, the 700 Mhz band has been identified as the primary band for 5G by the International Telecommunications Union globally, as it enables high-quality connectivity with better indoor penetration and it has a longer reach than the mid-band. But in India, the band has been priced prohibitively as compared to the 3.3-3.6 Ghz bands.

What are the advantages of having spectrum in 26 GHz band?

This band, also known as the mmWave band, allows extreme capacity, ultra-high throughput and ultra-low latency but only over short distance. Indian market does not have enough devices supporting this band but this does not mean the band is not an essential part of 5G networks. Initially, operators are likely to use this band mainly for enterprise applications, captive networks and at selected dense urban areas for hotspots. Later, it can come into the bigger picture when there are use cases in place that demand that type of speeds, supported with device availability. This band also has a huge economic advantage. By purchasing this band, telcos can greatly reduce their spectrum usage charge liabilities on their overall spectrum purchases and existing levies on airwaves bought previously.