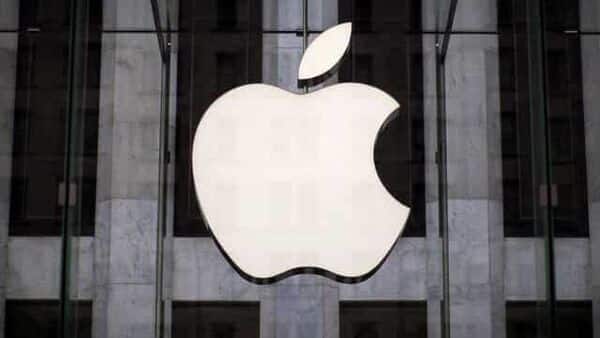 Apple is staring at a potential $8 billion revenue loss in the June quarter, thanks, essentially to supply disruptions in China, where the government pursues a Zero Covid strategy and shuts entire localities, if not entire towns, down to contain the infection where it breaks out. Apple does not like playing hapless victim to policy caprice. It has started reducing the risk of shutdowns in China by shifting some production away from that country where an estimated 90% of the company’s production, leaving out development of intellectual property, takes place.

China’s average manufacturing wage has doubled between 2012 and 2020, according to the National Bureau of Statistics of China, as quoted by TradingEconomic.com. Yet, that has not dampened the enthusiasm of high-end manufacturers to continue producing in China. According to data provider CEIC, labour productivity growth in the 2010-2019 decade has been well over 7% every year, except in 2019. When it was 6.42%. An average growth of 7% sustained for ten years doubles an entity over 10 years. So, wage growth has been neutralized by productivity growth in China.

But that is hardly the whole story. It is not just FATP that is performed in China. China also produces a lot of the components that go into Apple products. For a large-scale shift of FATP to India, it would be necessary to translocate some of that component manufacture also to India. If Apple wants to diversify the geographic location of its production, Apple vendors should be more than happy to follow in its footsteps. This is where policy in India becomes a stumbling block. After the border clashes between India and China in 2020, the government has made it difficult for Chinese companies to invest in India, on national security grounds. So, what is the way out?

The optimal solution is for Indian companies to come up that manufacture the components, to the standards that Apple requires. This entails technology that is not supplied by Apple. Indian aspirants would have to source the technology from willing partners or develop it on their own. This is not impossible, particularly with help from Apple. However, it will take time. In the meantime, Apple would have located new production sites in Vietnam, Malaysia, Brazil and the like. Therefore, India would do well to let up on its strictures on Chinese FDI, while promoting local development of the knowhow to produce the components in question.

Some people worry that trade union activity in India would hinder the development of largescale manufacturing in India. After all, India is not like China, where the party of the Working Class is the ruling party and lets workers no leeway in forming independent unions, independent opinion or independent action. Workers here expect a fair deal and can resort to industrial action to obtain it.

This is a problem that is exaggerated in the extreme. Both Japan and Korea, two manufacturing goliaths of post-War Asia, have strong, active unions, particularly in manufacturing. Gen Douglas MacArthur, who led the American occupation of defeated Japan and supervised the making of Japan’s post-war Constitution, not only put in bars on offensive military capability (as a result of which, Japan has only a self-defence force, not an army that can deploy overseas) but also a basic right to collective bargaining for Japanese workers. Gen MacArthur wanted to make sure that Japan would have a vibrant trade union movement, to act as a counterweight to its longstanding tradition of militarism and the Samurai culture. Korea’s workers’ movements suffered a setback during the dictatorship of Park Chung-hee but continued with restored vigour after the restoration of a substantive democracy. Unions have not obstructed the transformation of Japan nor Korea into manufacturing powerhouses. The point is to manage labour relations in a manner that inspires confidence in all stakeholders.

India’s startup ecosystem and a large workforce trained in science, technology, engineering and maths (STEM) represent the potentiality for developing an indigenous vendor base for Apple. The point is to incentivize people to develop one, with incentives going not just to manufacture under the production-linked incentive scheme, but to the development of technology and processes required for participants in the PLI race.

If India gets this right, it can attract not just Apple’s production but an entire range of value-added activities to India. Commentators can only interpret the problem, the point, however, is to solve it through action, with the government acting in concert with startups, venture funds and all large companies to diversify the geographical base of their production.