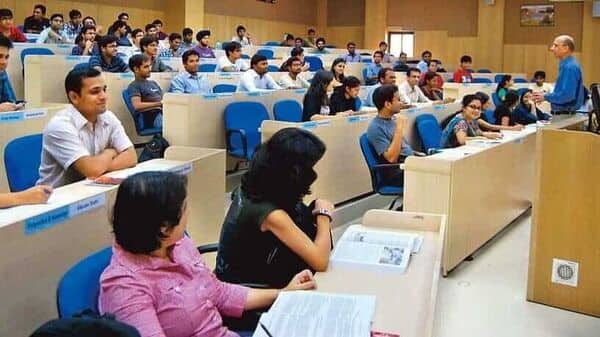 For decades, women have had a marginal, almost a token presence on the campuses of India’s best B-schools—the hallowed Indian Institutes of Management (IIMs). But a silent revolution may just be brewing inside some of the younger IIMs, who are now raising the bar on gender diversity and helping women smash another male bastion.

IIM Raipur and IIM Kozhikode are scripting history by handing over almost half of the seats in their flagship PGP programme to women. All this has been done by reorienting their admissions process and reducing the weightage given to the Common Admission Test (CAT) in the selection of candidates. Gender diversity is now given a significant weightage in the selection criteria. We tell you all about these winds of change sweeping the IIMs.

Why so few women went to IIMs

CAT, the test for entry into the 20 IIMs, is feared by many, with its emphasis on complex problem-solving and quantitative skills. It’s an examination that historically engineers have found easier to ace, creating a peculiar problem for B-schools over the years. An overwhelming number of engineers in their classrooms meant very few girls managed to enter these top B-schools—in fact, their number was just about 10% only a decade ago at many IIMs. Remember, engineering schools have traditionally been a male fortress. Over the years, the IIMs have sought to make amends and have actively selected more women by tweaking their admission process. Women now account for about 30% or more at most of the IIMs.

But now, the younger IIMs—IIM Raipur and IIM Kozhikode— are taking this reform another step forward by making women almost half of the batch-size of their flagship PGP programme. They have made their admission process more multi-dimensional and exhaustive.

While the numbers of women rose as the IIMs did a course correction, they have stagnated at about 30% levels over the past few years. Two younger IIMs—IIM Kozhikode and IIM Raipur—have now broken ranks and are further improving the gender mix in their classrooms, perhaps setting the pace for the other IIMs in the years ahead.

In their pursuit of gender diversity, most IIMs have diminished the importance of CAT in the admissions process. The IIMs have added more layers to the admission process, making it multidimensional and even slightly more complex to achieve a fair mix of candidates. IIM Kozhikode and IIM Raipur may have only pushed the envelope a bit further than the others.

What has changed now?

Not so long ago, till the late 90s, CAT used to decide the fate of most candidates with a big weightage to this exam in the final selection process (for many years, the IIMs would not disclose the CAT score of candidates and the exact weightage given to it). Now, most of the IIMs, led by the younger ones IIM Kozhikode and IIM Raipur, have adopted a two-pronged strategy to make their batches more gender-diverse.

1. While the CAT remains the main instrument to shortlist candidates for personal interviews, most of the IIMs keep the cut-offs relatively low. IIM Raipur, for instance, pegs the cut-off at 70 percentile for the different sections and an overall cutoff at 92 percentile. IIM Ahmedabad keeps the overall CAT cut-off even lower but calculates a composite score to shortlist candidates for the analytical written test and personal interview. IIM Calcutta too screens candidates on the basis of a composite score with CAT as only one of the constituents.

2. Now, at the final selection process, the CAT score counts even less—below 50% of the total score across most institutes. And crucially gender diversity can also becomes a key component of the active selection of candidates at the later stages of the admissions process. Almost 8% weightage is given to gender diversity by IIM Raipur. IIM Kozhikode too gives significant weightage to a gender-diversity quotient. IIM Kozhikode says it lays greater stress on academic records of students. Since girls generally outperform boys in board examinations, it means more women on their campuses.

This is where the younger IIMs differ from the more respected IIM Ahmedabad and IIM Bangalore. These older institutions too have been stressing on gender-diversity but shy away from making it an openly-stated component of their selection process. IIM Calcutta factors in gender diversity at the initial stages of their admission process.

IIM Kozhikode had inducted more women than men into their PGP programme in 2013 itself but the number dropped to below 30% in the later years. Weaving gender-diversity into the admission process and greater stress on academic records helped, and girls outnumbered men in 2020 at the institute. IIM Raipur now has what is stated as a “gender-blind admission process”— that may not be an accurate descriptor because weightage to gender-diversity can easily make a difference between selection and rejection in such a hyper-competitive admission process. The results tell a story in themselves: IIM Raipur has 62% girls on their campuses this year while IIM Kozhikode has 47%. IIM Ahmedabad, IIM Calcutta and IIM Bangalore trail at 23%, 29% and 34% .

Globally, B-schools are making their classrooms more diverse. The percentage of women on B-schools campuses has gone up from just over 30% to 40% plus in the last decade, according to Forte Foundation, a consortium of leading companies and top business schools. Top schools such as Harvard, Yale, and Stanford have more than 40% women while some of the Chinese schools even have women making up more than half their batch size. India trails way behind with only 17% women in the classrooms of B-schools, according to some estimates. This difference between the global and the Indian figures is in part a reflection of the differences between the GMA—the admission test most global B-schools have adopted—and CAT, say some experts. GMAT has an easier quant section and has a holistic approach to management education (with even essays to test the overall aptitude of students). But it’s never too late perhaps. Some of the leading Indian b-schools are finally waking up to the urgent need to have women on their campuses. This movement must gather momentum in the days, months and years ahead.