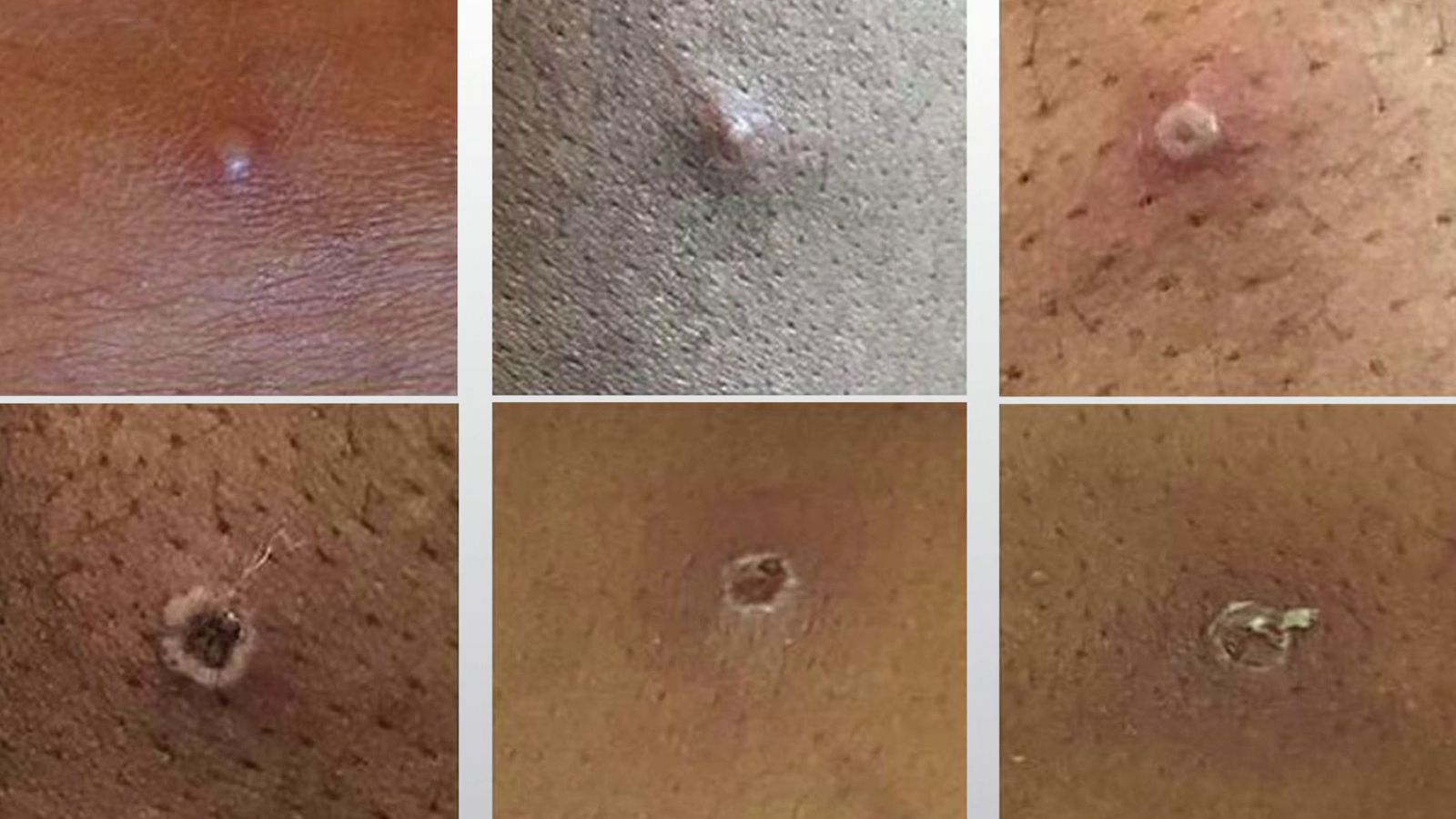 England has recorded 14 new cases of monkeypox, taking the UK’s total to 71.

So far England has reported 70 cases, and one has been confirmed in Scotland, the UK Health Security Agency (UKHSA) said.

No cases have been reported in Wales or Northern Ireland so far.

Despite further cases being detected, the risk to the UK population remains low, the UKHSA added.

It explained that a “notable proportion” of the cases identified have been among people who identify as gay or bisexual or men who have sex with men.

However, anyone with “unusual rashes or lesions” should immediately contact NHS 111 or their local sexual health service.

Dr Susan Hopkins, chief medical adviser at the UKHSA, thanked people for coming forward with symptoms and said the agency is continuing to “promptly identify” cases.

The UKHSA recommends contacts of monkeypox cases at high risk of having caught the infection should self-isolate for 21 days.

This includes no travel, providing details for contact tracing and avoiding direct contact with immunosuppressed people, pregnant women and children under 12.

It also advises that they are offered a smallpox vaccine.

Catching the virus from an infected person is very uncommon, but transmission is possible through close physical contact.

This includes sexual intercourse, touching clothing, bedding, towels or other items used by someone with the rash.

Have other countries reported monkeypox cases?

Earlier, the World Health Organisation (WHO) revealed a total of 131 confirmed cases of monkeypox had been recorded across 19 countries.

It is unclear if the UK’s most up-to-date figures were included in the WHO’s report.

Dr David Heymann, who chairs a WHO expert group, described the unprecedented outbreak in Europe as “a random event” that might have been spread by sexual transmission among gay and bisexual men at two raves in Spain and Belgium.

Read more:
What do we know about the UK’s biggest-ever outbreak of monkeypox?
Monkeypox is ‘particularly nasty’ – but unlikely we’ll see anything on scale of COVID

In Denmark, it has been announced that vaccines will be provided to close contacts of those infected with the virus – a move that has also been made by the UK.

Meanwhile, 40,000 doses of a monkeypox vaccine have been ordered in Germany as a precautionary measure.

“If infections spread further we will want to be prepared for possible ring vaccinations that are not yet recommended, at
this point, but might become necessary,” said German Health Minister Karl Lauterbach.

Also on Tuesday, Slovenia, the Czech Republic and the United Arab Emirates (UAE) all recorded their first confirmed case of the virus.