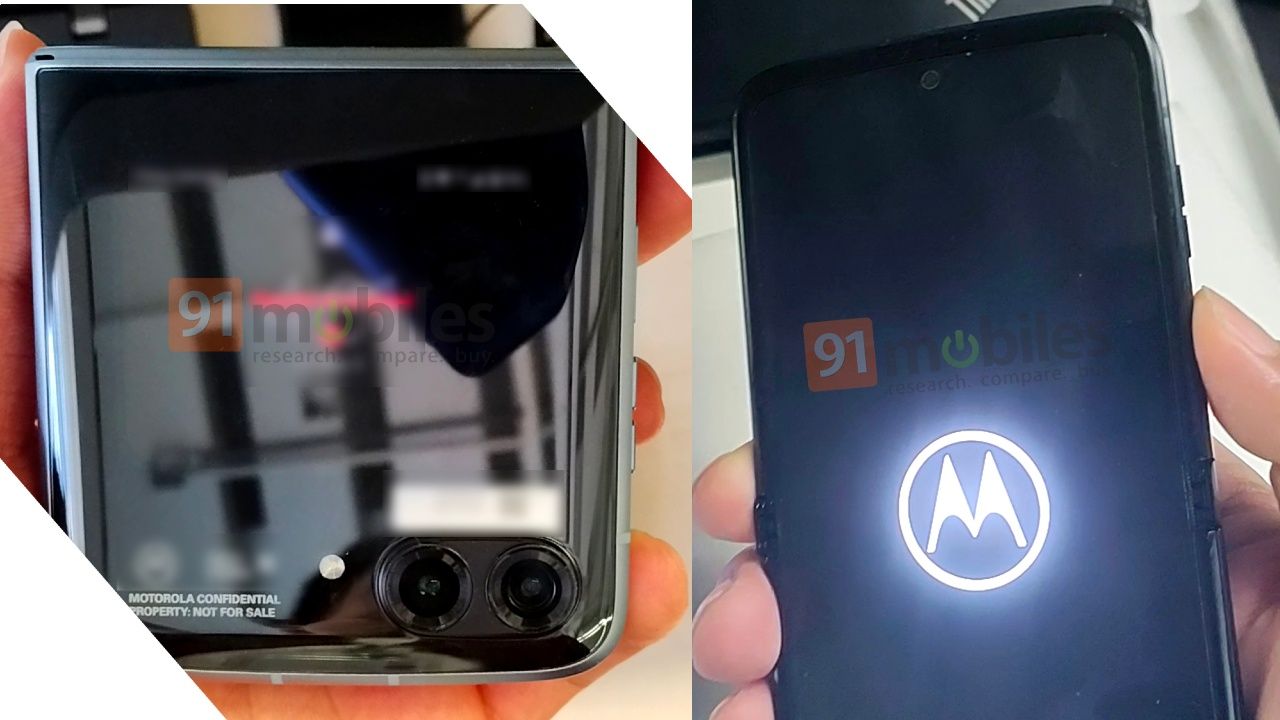 Motorola could launch the Moto Razr 3 in 2022 starting with its home market.

Two leaked images from Evan Blass (via 91mobiles) have given an insight into the 3rd generation of Moto Razr foldable that will supposedly go on sale in China in late July or August. Maven (codename for Razr 3), as it appears from the testing model leaks, will boast two upgraded cameras on its back: a 50MP (f/1.8) main sensor and a 13MP sensor for ultra-wide and macro shots.

On the front, the Motorola folding phone could sport a 120Hz FHD+ AMOLED panel with a 32MP hole-punch selfie camera. 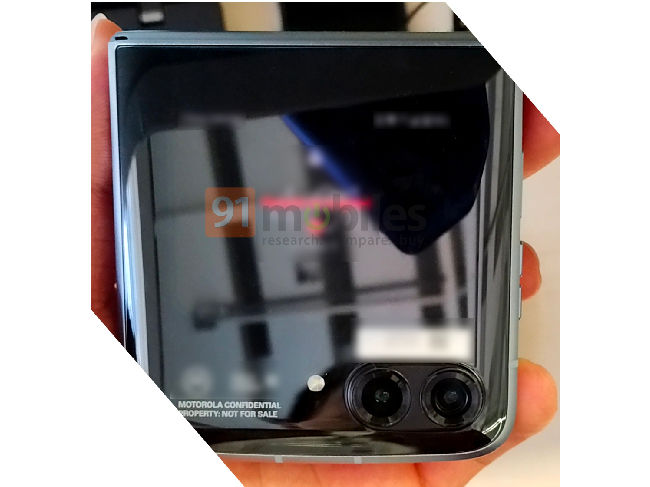 The new Razr appears to be getting rid of the chin that protruded outwards in its predecessor. Another noticeable change could be that the fingerprint sensor will now be part of the power button.

Unlock it, and internally, there could be up to 12GB RAM and up to 512GB of storage. The Razr 3 is rumoured to be released in two versions, the base model of which will house a Qualcomm Snapdragon 8 Gen 1 system-on-a-chip (SoC). As for the superior version, besides its ‘Plus’ moniker, there’s no news of the underlying chip or anything else, at the moment. 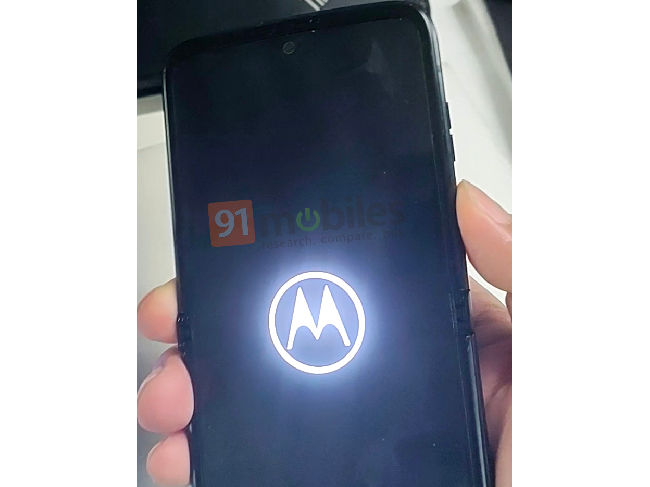 With previous editions of Razr not hitting the mark, Lenovo seems to have rearmed the design and galvanized the third edition to look and perform much like the foldable phone flagship Samsung Galaxy Z Flip 3 5G. With the first two editions of the Razr, i.e., the $1499 priced first-gen model in 2019 with a creaky hinge and subpar screen and thereafter, not so redeeming 2020 5G Razr – Motorola has, according to the leak, come up with a device that is all set to compete against Samsung’s best, Z Flip 3. Let’s see if the third time’s the charm for Motorola.

The Moto Razr 3 will launch in China and could go on sale worldwide by the end of 2022.