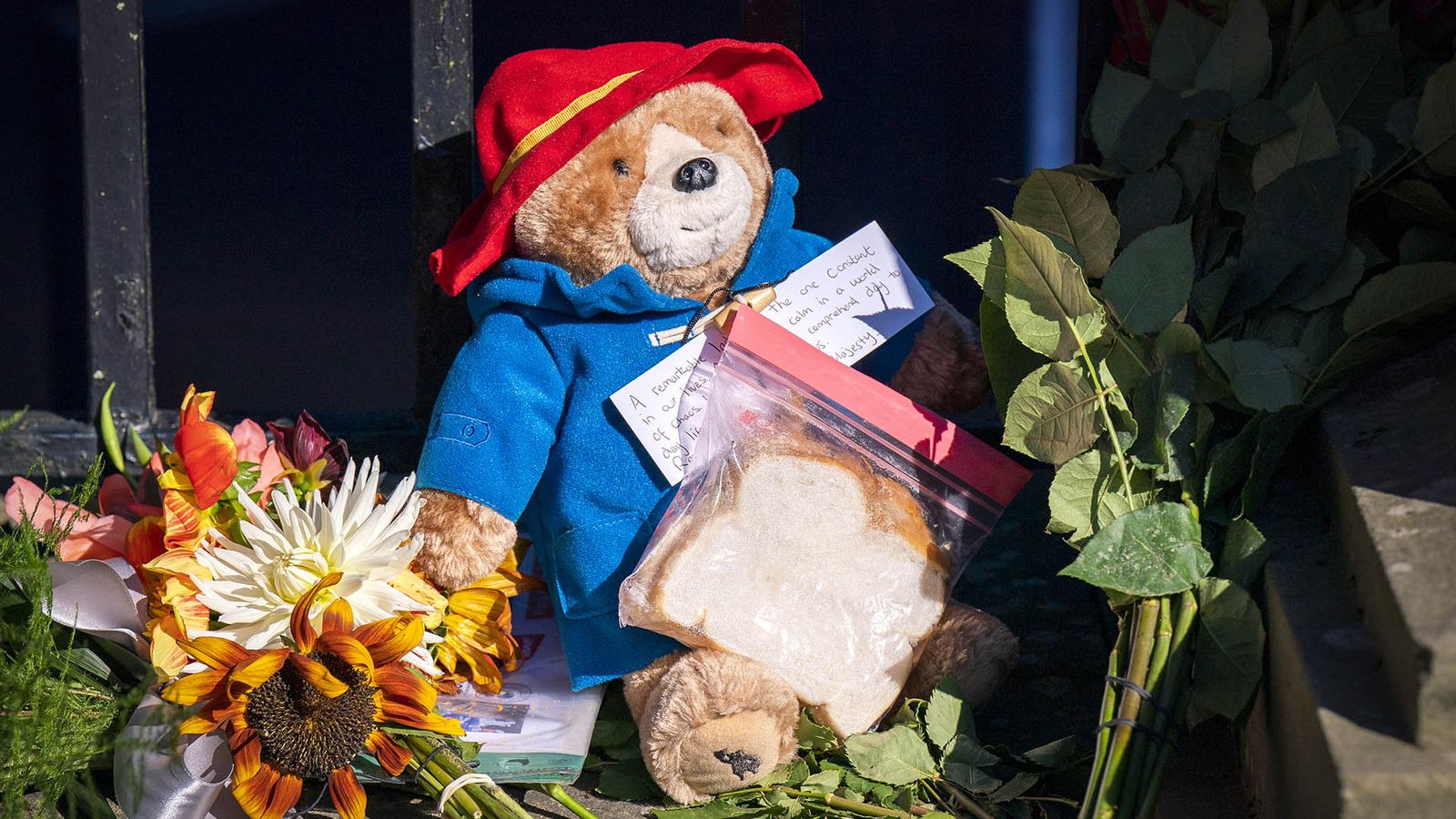 Mourners leaving tributes to the Queen have been gently asked to leave only unwrapped flowers, as park officials seek to cope with the creative ways in which people have paid their respects.

The Royal Parks, which manages the designated London tribute site in Green Park, is urging well-wishers not to leave teddy bears, balloons, or lit candles.

“In the interests of sustainability, we ask visitors to only lay organic or compostable material,” the charity said on its website.

It comes as video posted on social media captured civic-minded people voluntarily removing plastic wrapping from flowers left by others.

More on the Queen:
What happens between now and the Queen’s funeral?
The secrets behind some of the Queen’s most famous photos

Since the monarch’s death was announced on Thursday, thousands of well-wishers have travelled to Buckingham Palace, Windsor Castle and Balmoral to pay their respects.

They have left tributes including teddy bears, Corgi soft toys, balloons and marmalade sandwiches, in a nod to the Queen’s Platinum Jubilee sketch with Paddington Bear.

The manager of a souvenir shop near Buckingham Palace said the number of customers buying memorabilia doubled overnight following the Queen’s death.

The 27-year-old said: “Since that evening, we have had a huge flow of people. The footfall has gone really high and since then people have started asking about anything to do with the Queen.”

The Royal Parks said cards and labels are permitted, and would later be “separated from flowers and stored”.

“Unfortunately, no gifts and artefacts will be accepted, and the public will be asked not to bring these to the parks,” it added.

“Non-floral objects/artefacts such as teddy bears or balloons should not be brought.”

They added that lit candles are not accepted in the park and would be extinguished.

More on the King:
King Charles in pictures
The events that shaped Britain’s new King

Tributes will be left on site until all ceremonial activity has finished, and it is expected that flowers will be removed from park areas from seven to 14 days after the date of the funeral.

Withered flowers will be removed throughout and taken to the Hyde Park nursery to be processed for composting.