Mumbai Police is on high alert and security has been beefed up across the city for the 10th and last day of immersion of Ganesh idols on Sunday, especially in the wake of recent arrests of terror suspects, an official said. The Maharashtra Anti-Terrorism Squad on Friday nabbed one person from Mumbai in connection with an alleged terror plot unearthed by Delhi Police. This year Anant Chaturdashi falls on September 19.

The ten-day Ganesh festival will come to an end on Sunday. The celebrations have been subdued this year due to the restrictions imposed in view of the coronavirus pandemic. Processions, the hallmark of immersion days, are banned. 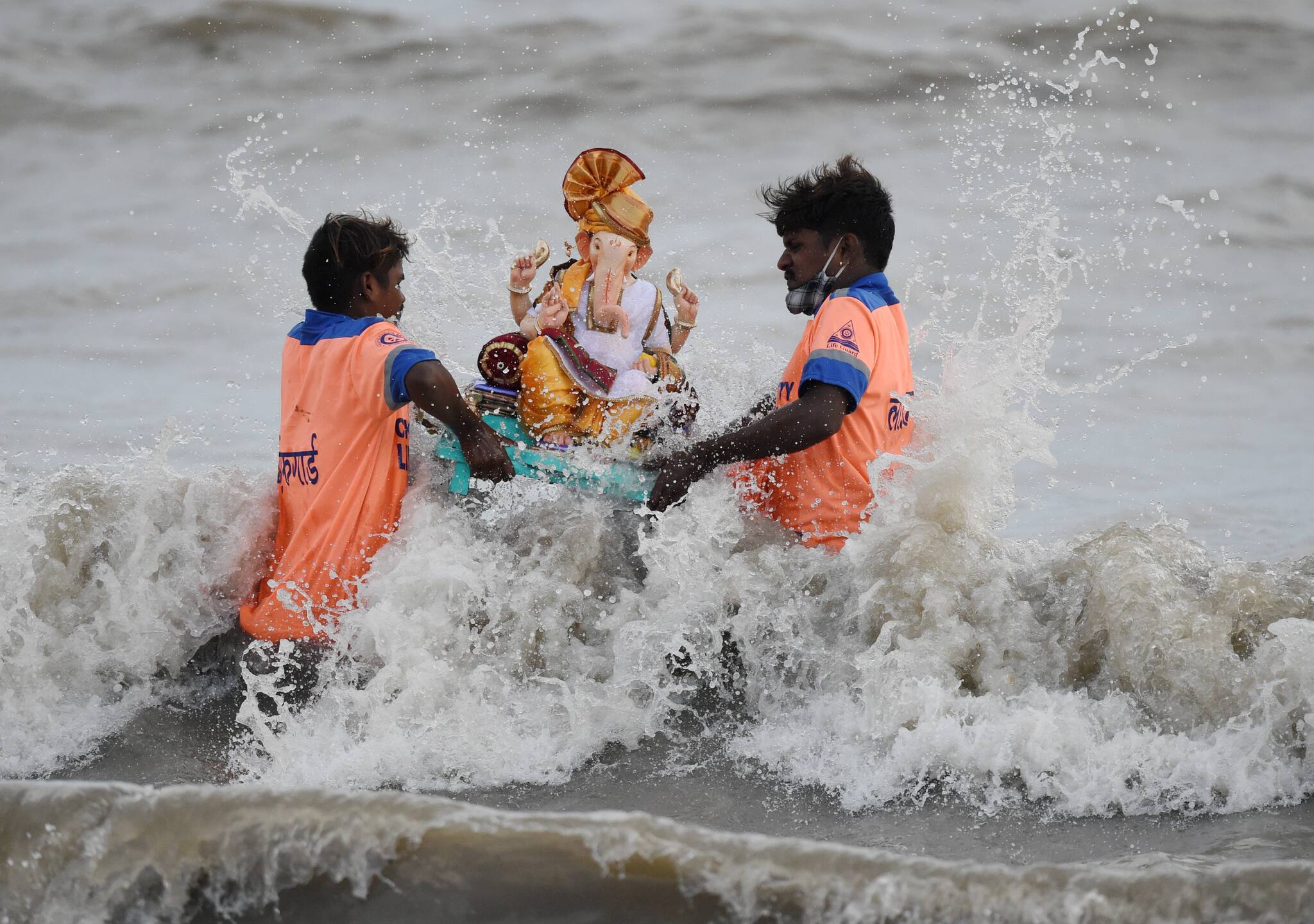 Anti-sabotage measures are being taken and security around vital installations has been increased, said deputy commissioner of police S Chaitanya, the Mumbai police’s spokesperson, on Saturday. Apart from intensified patrolling in sensitive areas, there will be heavy deployment of security personnel at immersion points, he said. Extra lights, cranes, swimmers/life guards, ambulances and fire brigade teams would be arranged to handle any eventuality, he added. The Quick Response Team personnel keep a vigil at a railway station in Mumbai. (PTI Photo)

As many as 100 additional officers and 1,500 personnel from the Local Arms and other branches will be deployed, the DCP said. Besides, at least three companies of the State Reserve Police Force (SRPF), one company of CRPF, 500 home guards and 275 constables from outside units will be stationed in the city.

The Delhi Police’s Special Cell had on Tuesday busted a terror module with the arrest of six men, including two Pakistan-trained terrorists. One of them was a resident of Dharavi in Mumbai, police claimed.