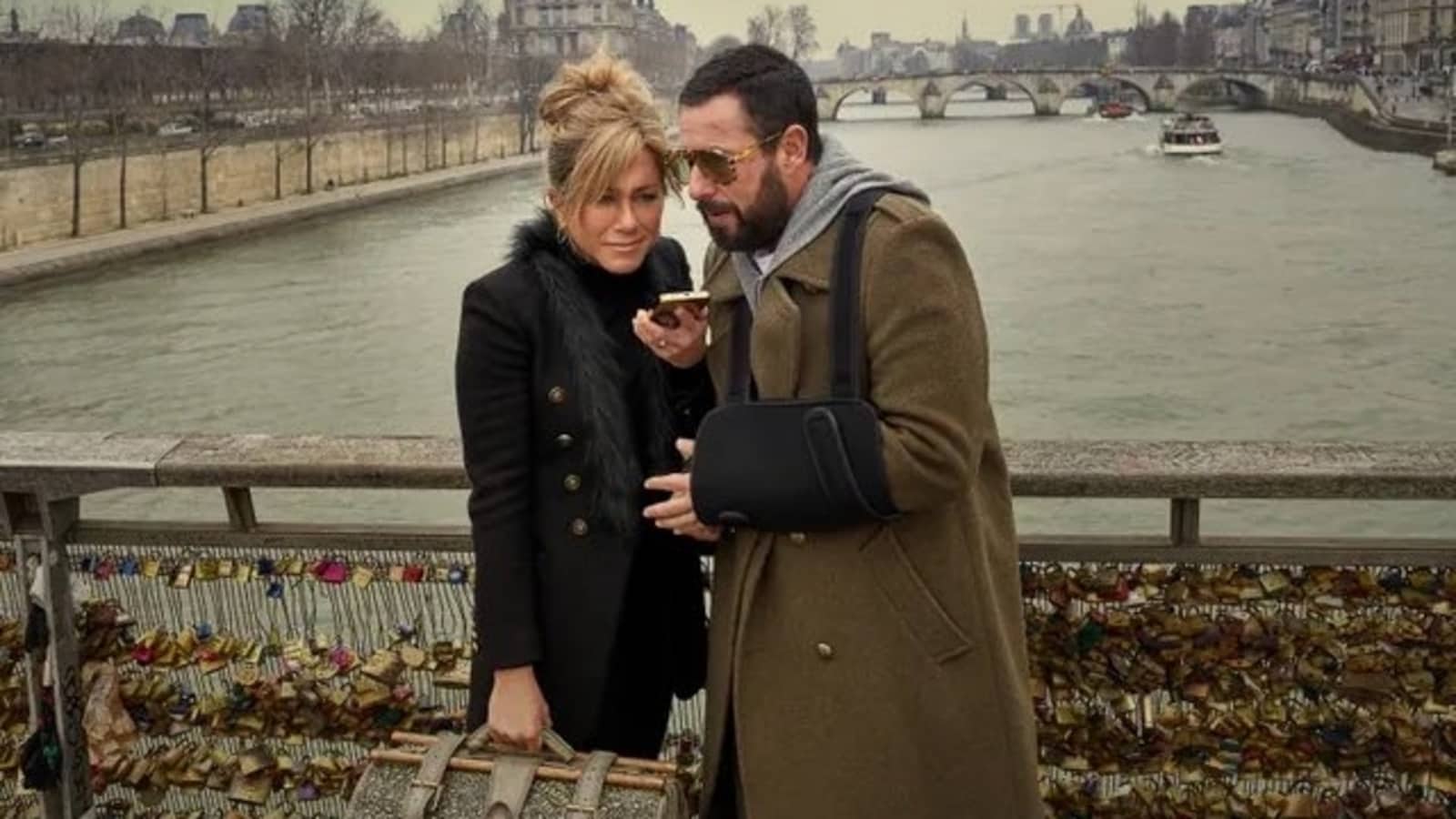 The first of the upcoming Netflix sequel, Murder Mystery 2, shows actors Jennifer Aniston and Adam Sandler reuniting in Paris. The second film, directed by Jeremy Garelick, will release on the streaming platform in March. Murder Mystery, which released on June 14, 2019, got a tremendous opening weekend with 30.8 million views in its first three days of release. (Also read: Jennifer Aniston reveals Friends Reunion reminded her of her ‘hardest time’: ‘Hi past, remember how that sucked?’)

The first film featured Adam as New York City police officer Nick Spitz and Jennifer as his wife Audrey, a hairdresser and murder mystery novel enthusiast. The ordinary couple are caught up in a murder investigation on a billionaire’s yacht in Europe. The sequel, which is also written by James Vanderbilt, gets Audrey and Nick involved in a new international case as their friend is kidnapped at his own wedding.

In the new photograph, Jennifer and Adam are listening in on a phone call on speakerphone on Paris’ iconic street, Pont des Arts. Jennifer is wearing a fur-lined black coat and carrying some luggage, while Adam has his left arm in a sling. The actor is wearing a long coat and sunglasses in the first look.

In April 2022, Jennifer had shared an Instagram Reel wrapping up the film in Paris set to the song C’est Si Bon from Eartha Kitt. The video featured Adam and other crew members behind the scenes on the film. Adam and Jennifer are also producers on the sequel.

Actors Adeel Akhtar and John Kani will return for the sequel, while Mark Strong, Mélanie Laurent, Jodie Turner-Smith, Kuhoo Verma, Enrique Arce, Tony Goldwyn, Annie Mumolo and Zurin Villanueva are coming on board for the second film. Part of the film is also expected to take place in the Caribbean.

With the recent popularity of Rian Johnson’s Glass Onion: A Knives Out Mystery, Netflix could have another murder mystery hit on its hands in March. The first film racked up 170 million hours in its first 28 days and even ended up in the list of top 10 most-watched Netflix movies of all time. The sequel is said to be loosely based on Agatha Christie’s Murder on the Orient Express.