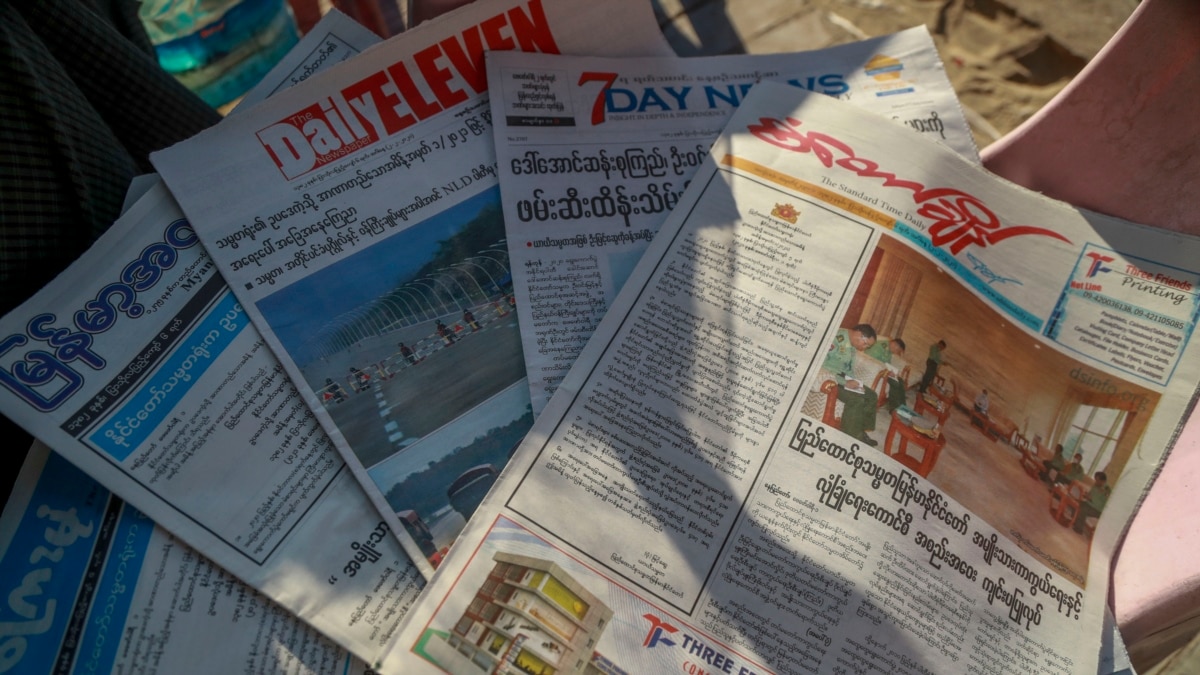 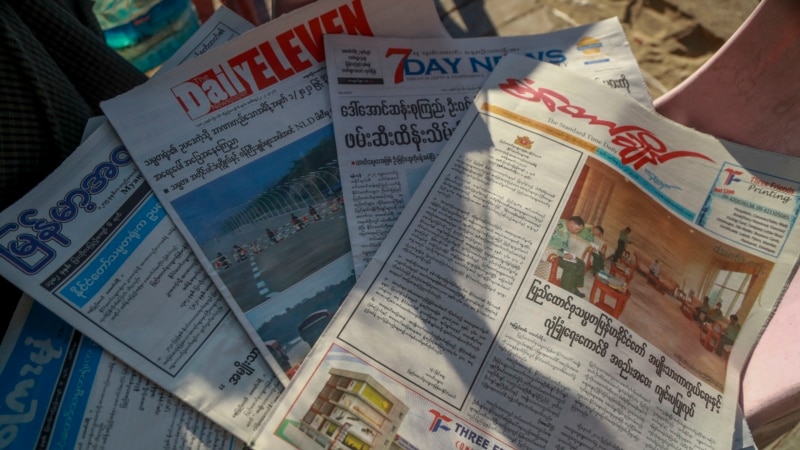 Military officials in Myanmar’s Rakhine state announced charges Wednesday against a news website accused of sowing distrust in the military.

Western News was accused of publishing reports that misinterpret or create misunderstanding or distrust of the military, Rakhine State Military Council spokesperson Hla Thein told reporters at a news briefing.

The website’s editor-in-chief, Wunna Khwar Nyo, told VOA that Western News has not received official notification of the charges. He believes the accusations are related to reporting on a military base in Paletwa Township, Chin State, on December 28.

Fighting between the military and groups, including the Local People’s Defense Force Fighters, has been intensifying in Chin State, which borders Rakhine, as armed opposition groups oppose the junta rule.

“I think the reason may be our reporting about a white flag being hoisted on a hill at a military base,” Wunna Khwar Nyo said. “Two days later, Tin Htoo Aung, the person we interviewed for the report, was arrested and charged. Now, we are being sued under Section 124A of the penal code.”

The junta amended Section 124A of the penal code in February to include inciting hatred against military personnel. The penalty for the charge also was increased from three to 20 years in prison.

The prosecution of journalists has made it difficult for media to work, said Wunna Khwar Nyo, who added that the charge against Western News under Section 124A is “a worrisome situation.”

“Security officer warned us not to use the term ‘military council.’ It is an extreme action. On top of that, we are now being sued for the Paletwa report, things got really bad,” said Wunna Khwar Nyo. “Our fellow reporters are on the run.”

Since the February 1 coup, the military has cracked down on media, revoking broadcast licenses, ordering media to not use terms including “junta” “military council” or “regime,” and closing at least eight news outlets. More than 100 journalists have been detained, with about 50 still in custody, according to local media reports.

At least two journalists have been killed, including photojournalist Soe Naing, who died in military custody after his arrest on December 10, and Sai Win Aung, who was killed while covering fighting in the Myawaddy district near the Thai border on December 25.

Political analyst Aung Thu Nyein told VOA last week that 2021 was “the most oppressive year against independent media in Myanmar.”

UNESCO on Wednesday condemned the killing of Sai Win Aung, who was shot while reporting on refugees for Federal News Journal.

“Media workers like Sai Win Aung risk their lives to keep the public informed. Their work deserves to be recognized and their safety protected in line with international humanitarian law, which forbids attacks on civilians,” said UNESCO Director-General Audrey Azoulay.

Sai Win Aung was one of 55 journalists killed worldwide, according to data released Thursday by UNESCO.

“Far too many journalists paid the ultimate price to bring truth to light,” said Azoulay in a statement on the risks globally to media. “Right now, the world needs independent, factual information more than ever. We must do more to ensure that those who work tirelessly to provide this can do so without fear.”

“Sai Wing Aung paid with his life for his determination to provide his fellow citizens with coverage of the terror that the armed forces have been inflicting on Myanmar’s population since last February’s military coup,” said RSF’s Asia-Pacific head Daniel Bastard in a statement. “He died a hero, and his fight must not be in vain.