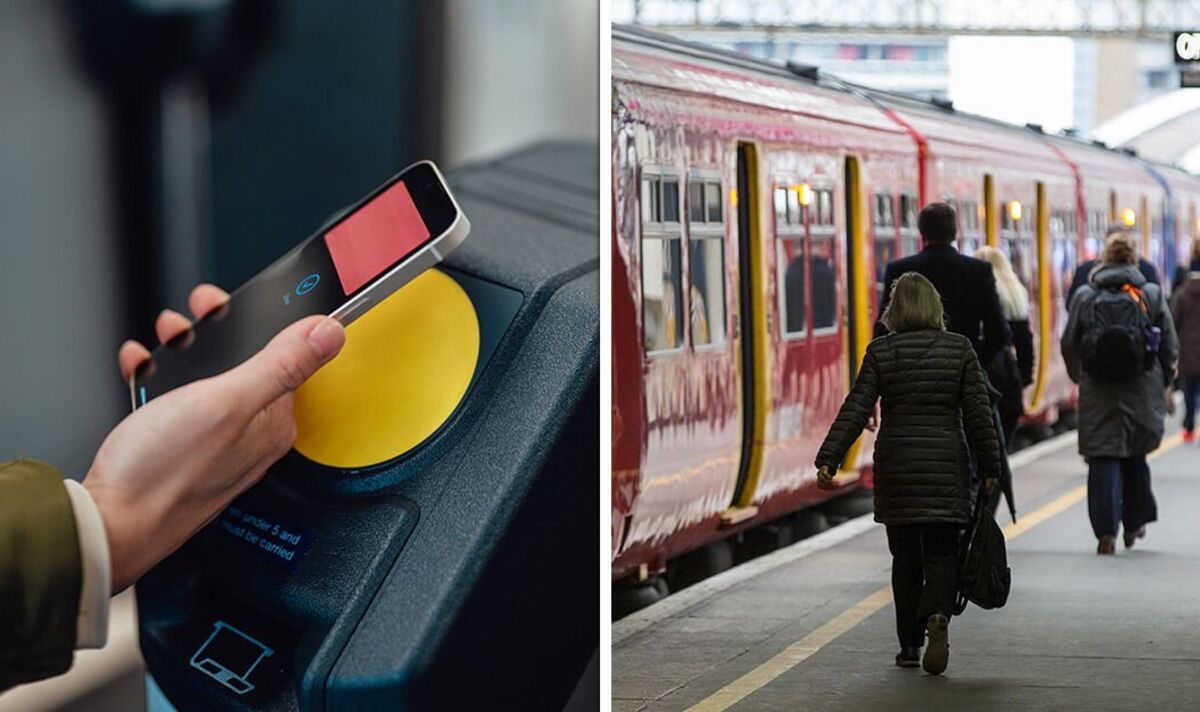 The UK should follow Germany and introduce a low-cost unlimited rail pass, a new poll of Express.co.uk readers has found. Germany is offering a new national travel pass which allows unlimited use of rail, tram and bus networks for €49 (£43) per month. The scheme aims to help fund travel amid the cost of living crisis while also reducing emissions, yet some readers are doubtful about the practicalities and cost of a similar scheme.

The German scheme will allow residents and tourists to travel nationwide for the equivalent of just £1.40 (€1.62) per day, and will launch as early as January 1, 2023. The calendar-month ticket covers regional train services, trams, most buses and some city ferry services. It does not cover the fastest trains but journeys are possible on slower services.

The German Embassy in London announced news of “the digital Deutschlandticket” on Twitter on November 3. They said the unlimited travel pass would be available next year but later added: “The Association of German Transport Companies has warned that it may not be possible to roll out this ticket from January. Everyone is aiming to have the ticket in place asap.”

The scheme will reportedly cost the German government about €2.5billion (£2.1billion) but has been praised for its efforts in encouraging environmentally friendly travel amid rising fuel prices.

It follows from the success of a similar €9 (£8) monthly ticket scheme which ran during June, July and August this summer.

At the time Labour MP for East Leeds Richard Burgon said on Twitter: “In Germany you can now get a travel card for local and regional trains for just nine euros per month… Let’s fight for this here!”

In a poll that ran from 3pm on Tuesday, November 15, to 7:30am on Wednesday, November 21, Express.co.uk asked readers: “Should UK follow Germany in introducing low-cost unlimited travel pass?”

Overall, 1,005 people responded with the vast majority, 93 percent (935 people) answering “yes” in favour of a similar scheme being introduced in the UK.

A further six percent (63 people) responded “no” against the idea, while five people said they did not know.

Readers shared their thoughts in dozens of comments left below the accompanying article.

Many readers argued in favour of the UK introducing a similar scheme, with username RINGOCAB writing: “Great idea. Even if I hardly used it I would have one.”

Another, username ItsMeAgainStill said: “I think if we had subsidised transport, more people would be able to get to work for cheaper, meaning they’d have more disposable income, which could then be spent within our economy and stimulate growth.”

Username Richard90731 said: “If we believe people should be able to get to work easily, especially ones with low wages, then yes.”

And username dave555 said: “Introducing free public transport would be cheaper than following the green agenda.”

The German scheme will allow nationwide travel for the equivalent of just £1.40 a day (Image: Getty)

Some readers were more sceptical about the practicality of the scheme being implemented. Username lockdown Lady said: “Absolutely brilliant idea, but they won’t here because everything is about profit.”

Similarly, username Boroughbloke said: “A great idea. I doubt any UK Government would do it though.”

While username Cabbagio said: “It is impossible in this country. All the rail companies are privately owned and they would never agree to this.”

Others commented that the scheme would have many hidden costs to the taxpayer, with username johnmac writing: “Absolutely not, more pointless taxpayer cost.”

And username factus said: “And which taxes will be increased to pay for this? Nothing is ‘free’.”

Some readers were doubtful about the practicalities of a similar scheeme in the UK (Image: EXPRESS.CO.UK)

The Federal Government has reportedly offered to subsidise the travel scheme with €1.5billion (£1.3billion) annually alongside state funding.

However, some argued that the UK would be better to invest in other transport networks, including local bus services.

Username Kittykat100 said: “Many rural residents have no local access to the rail network. The UK rail network in terms of access is far poorer than Germany. Local subsidised bus travel would be far more acceptable.”