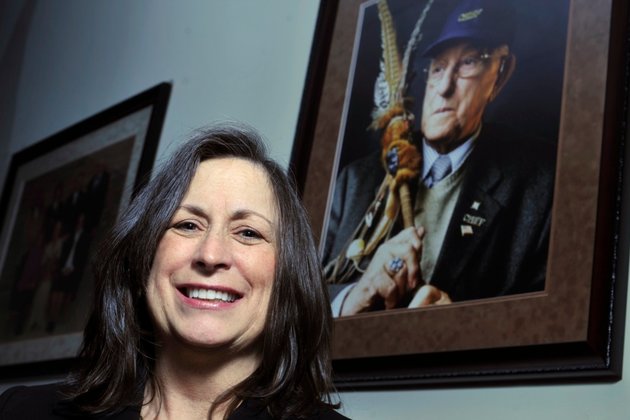 Here is a summary of Native American-related news around the U.S. this week:

For the first time in U.S. history, a Native American’s signature will appear on all U.S. currency: U.S. President Joe Biden on Tuesday announced the new U.S. treasurer: Marilynn “Lynn” Malerba, the lifetime chief of the Mohegan Tribe in Connecticut.

As treasurer, Malerba will oversee the U.S. Mint, the Bureau of Printing and Engraving and the storage of about $270 billion worth of gold at Fort Knox.

‘With this announcement, we are making an even deeper commitment to Indian Country,’ Treasury Secretary Janet Yellen said during a visit to the Rosebud Reservation in South Dakota, home of the Sicangu Lakota.

In her first official visit to Indian Country, Yellen also announced the establishment of a new Office of Tribal and Native Affairs that will coordinate the Treasury Department’s relations with tribes across the nation.

“Today, instead of being removed from a landscape to make way for a public park, we are being invited back to our ancestral homelands to help repair them and plan for a resilient future,” said Carleton Bowekaty, Bears Ears Commission co-chair and lieutenant governor of Zuni Pueblo. “What can be a better avenue of restorative justice than giving Tribes the opportunity to participate in the management of lands their ancestors were removed from?”

California Governor Gavin Newsom Wednesday signed a bill giving Native American families more time to register the births of their babies. Previously, families had 10 days to register with the state health department. But many Native families in California, as elsewhere, wait until the 10th day to name babies as part of a traditional ceremony.

Neilson Powless, a member of the Oneida Nation in Wisconsin, on June 19 became the highest-ranked American in the pro-cycling world rankings after finishing fourth in the Tour de Suisse, a grueling nine-day, 1,300-kilometer staged race through the Swiss Alps.

See his remarks at the finish line, below.

The Tour de Suisse is considered the warm-up to the Tour de France, just a few weeks away. In 2020, Powless made headlines by becoming the first Native North American to ride in the Tour de France; he has not yet confirmed whether he’ll be on the starting list for this year’s event, which begins July 1.