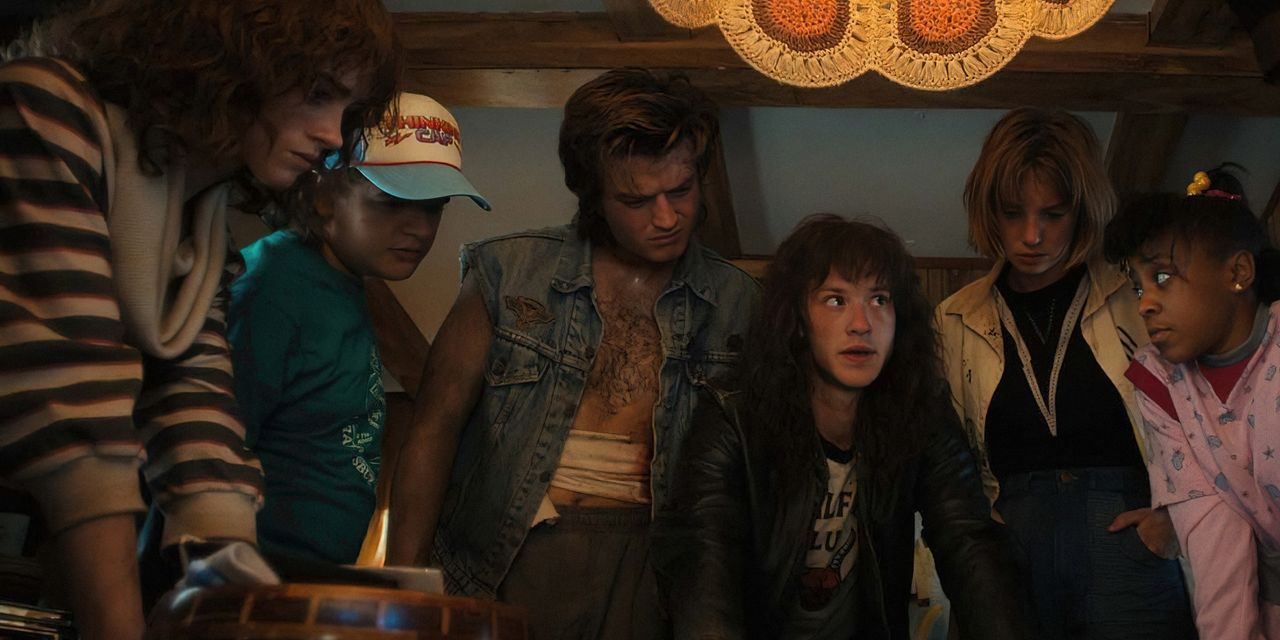 suffered two consecutive quarters of subscriber losses for the first time in its history, and said some key steps it is taking to boost revenue and subscriber growth wouldn’t happen until next year.

“We’re talking about losing 1 million instead of losing 2 million, so our excitement is tempered by the less-bad results,” Netflix Chairman and Co-Chief Executive Reed Hastings said in an analyst interview to discuss the results. “Losing a million and calling it success” is tough, he said. “But really, we’re set up very well for the next year.”

Netflix shares were up 7.4% in after-hours trading. The stock has had a rough 2022, losing about two-thirds of its value since the start of the year.

The company is contending with growing competition from rival streaming services, a saturated U.S. market and rising inflation that observers say could crimp spending on entertainment. To boost subscriptions and revenue growth, Netflix is working on launching a lower-price, ad-supported option for consumers, and it plans to crack down on password-sharing by charging households to share accounts.

In a letter to investors Tuesday, the company said those moves are scheduled to go into effect next year. Netflix executives said efforts to limit password sharing would have a more immediate impact on revenue than the ad-supported tier of service, which would take longer to materially help the company.

The streaming giant also has been working to cut costs. The company laid off about 5% of its workforce in recent months, according to a person familiar with the matter. Netflix on Tuesday said cost-cutting measures resulted in about $70 million of severance costs and an $80 million noncash impairment of some real estate leases.

Netflix’s revenue came in lower than expected, growing 8.6% to about $8 billion, while operating income fell 15%. Net profit was $1.44 billion, up 6.5% from $1.35 billion a year earlier. Netflix said foreign-exchange fluctuations weighed on revenue and profitability, and projected that revenue growth would slow to 4.7% in the third quarter.

After years of breakneck growth fueled by international expansion, Netflix saw the pace of customer additions slow over the past couple of years as it faced competition from an array of new entrants, including Walt Disney Co.’s Disney+, Warner Bros. Discovery Inc.’s HBO Max and Apple Inc.’s Apple TV+.

The industry’s competitive challenges are heightened by a tougher economic environment, which means consumers may pull back spending on things like streaming, Morgan Stanley analysts said in a note Monday. The bank expects economic strains on consumer budgets might make them trim the number of streaming services they use.

In its letter, Netflix said it would likely start its ad-supported tier “in a handful of markets” where advertising spending is significant. “Like most of our new initiatives, our intention is to roll it out, listen and learn, and iterate quickly to improve the offering,” the company said.

Co-CEO Ted Sarandos said Netflix is continuing to renegotiate some licensing rights to ensure more content can be included in an ad-backed tier, but that the majority of what people watch on the platform could be included in the new tier without any changes.

would supply technology to facilitate the placement of video ads. The company has said it is trying to create an ad experience that is less disruptive than ads on traditional TV, but it hasn’t specified how many ads per hour of content the new service will feature or what format they might take.

When it comes to limiting password sharing, Netflix said it was working on monetizing the 100 million-plus households that are watching Netflix without directly paying for it. It said it launched two different approaches in Latin America to learn more. “Our goal is to find an easy-to-use paid sharing offering that we believe works for our members and our business that we can roll out in 2023,” the company said in its letter.

What is your outlook for Netflix? Join the conversation below.

The second quarter included the release of the first seven episodes of the fourth season of “Stranger Things,” one of Netflix’s most popular franchises. Unlike earlier seasons, Netflix stretched out the release of the series’ latest season, with the first part landing May 27 and the final two episodes landing on July 1. That staggered release means the season was spread over three calendar months and two quarters.

“Stranger Things” drew 1.3 billion hours of viewing in its first month, Netflix said, its largest-ever season of an English-language TV series. Other releases the company highlighted in its letter as successes during the quarter include “Hustle,” a drama starring Adam Sandler, legal drama “The Lincoln Lawyer” and the third season of action series “The Umbrella Academy.” Netflix executives have said they need to release a hit nearly every month to keep subscribers engaged.

“The focus on quality has always been there and it has intensified as competition has intensified,” Mr. Sarandos said. Netflix’s biggest hits have come out in the last 12 months, he said.

Netflix said it continues to invest in animated features, build out its gaming pipeline and add new shows and movies in languages other than English to appeal to global audiences.

The company stressed the importance of continuing to produce high-quality content. Its big-budget action film, “The Gray Man” was released in theaters on July 15 and is scheduled to begin streaming July 22. The movie, which stars Chris Evans and Ryan Gosling, is a test of whether Netflix can create an action franchise that draws in—and retains—subscribers.

It also said overseas expansion remained a priority. Like in previous quarters, subscriber growth in the Asia-Pacific region partially offset declines elsewhere. Netflix added more than 1 million customers in the region in the second quarter, while it lost 1.3 million in the U.S. and Canada and 767,000 in Europe, the Middle East and Africa. The company’s subscriber base remained stable in Latin America, where it ended the quarter with an additional 14,000 net new customers.

Netflix’s rate of customer defections—known in the industry as churn—increased in the U.S. when it raised prices in January and since then has remained elevated relative to the company’s typical churn rate, according to data from research firm Antenna. That churn is still lower than what many rival subscription streaming services have experienced in recent months, according to Antenna.

Netflix said customer retention improved during the second quarter and that U.S. churn was returning to levels it saw before the price change earlier this year.

Write to Sarah Krouse at sarah.krouse+1@wsj.com