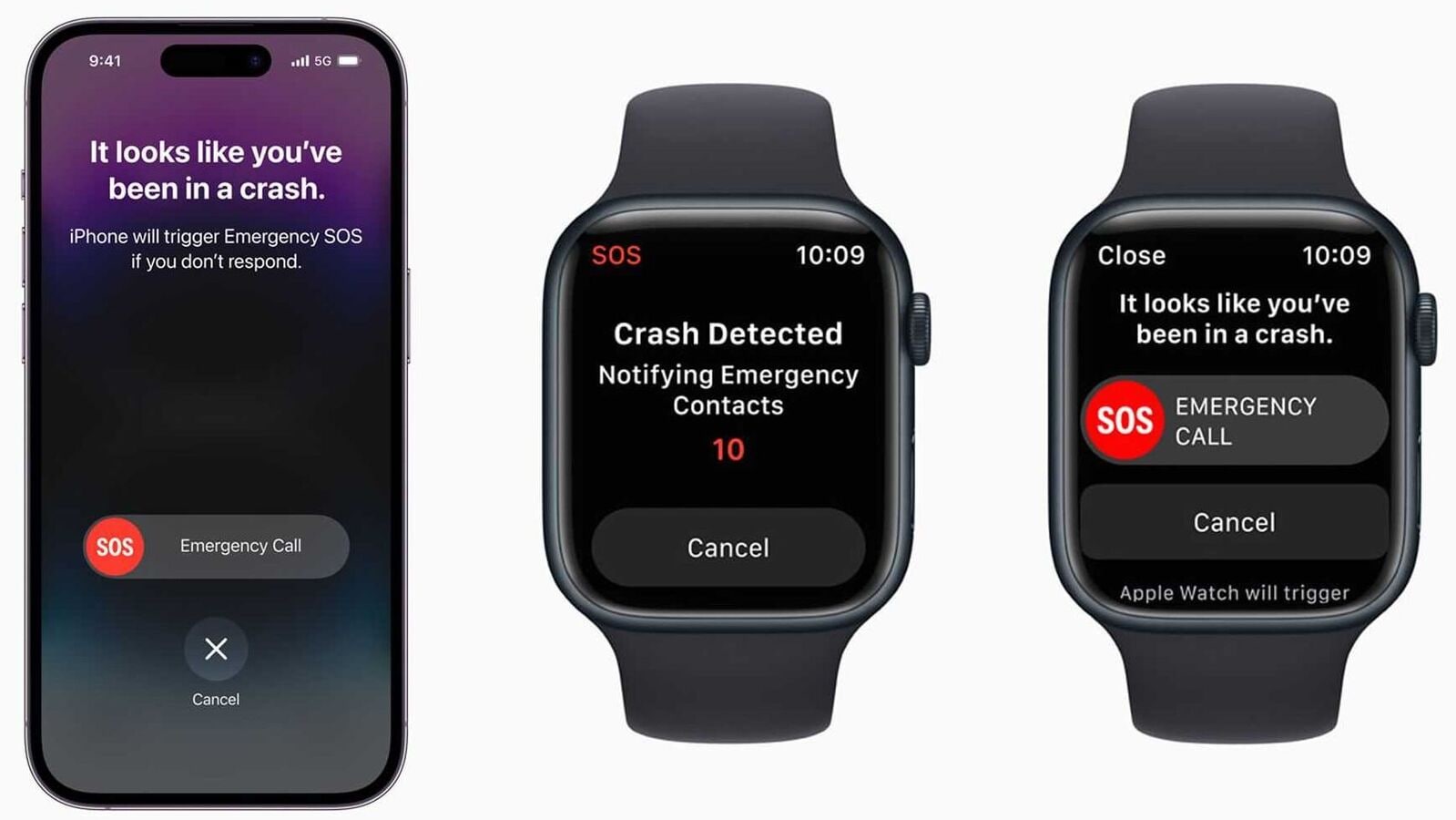 Apple claims the emergency contacts and services will be notified if the user doesn’t respond within 10 seconds after crash.

Apple announced the launch of the new iPhone 14 and new Apple Watch on Wednesday, which come with a new feature called crash detection. Both the iPhone 14 and Apple Watch can not detect a severe car crash and notify the emergency contacts and services automatically within 10 seconds of the crash if the user doesn’t respond to a screen prompt.

The technology giant claims that this Crash Detection feature works by leveraging three capabilities of the devices. The barometer detects cabin pressure changes, while the GPS adds inputs on speed changes. The microphone, on the other hand, can recognize loud noises that are typical of car crashes. On the Apple Watch, a powerful gyroscope and accelerometer claimed to come with the highest dynamic range in any smartwatch, and that also gets deployed in case of a crash.

The algorithm has been created by the data collected from these new motion sensors at professional crash test labs with standard passenger cars in simulated real-world accidents. These include head-on and rear-end collisions as well as side impact and rollovers also.

Apple also claimed that the advanced Apple-designed motion algorithms trained with over a million hours of real-world driving and crash record data provide even better accuracy. The tech company further said that the emergency notification would appear on the Apple Watch since it’s more likely to be in close proximity to the user, while the emergency call will be made through the iPhone.