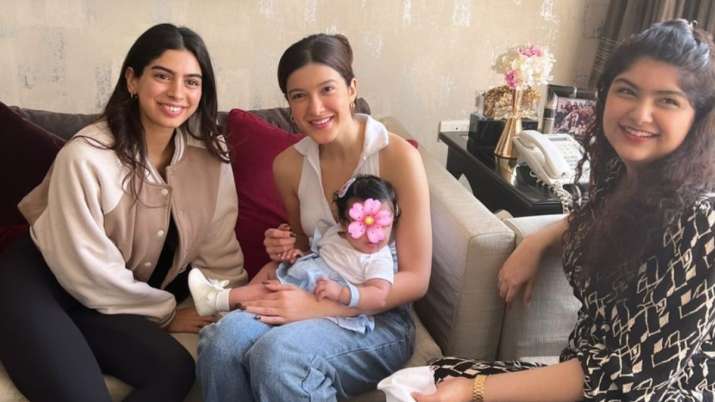 In the picture, Shanaya can be seen carrying Mohit and Antara’s three-month-old daughter Thea in her lap while Khushi and Anshula are also seen sitting with her. Antara captioned the pic, “Buas (aunts) and bunny.” In the picture, Thea’s face has been masked with a flower emoji.

Antara also shared another picture of the baby and wrote, “babushki.” 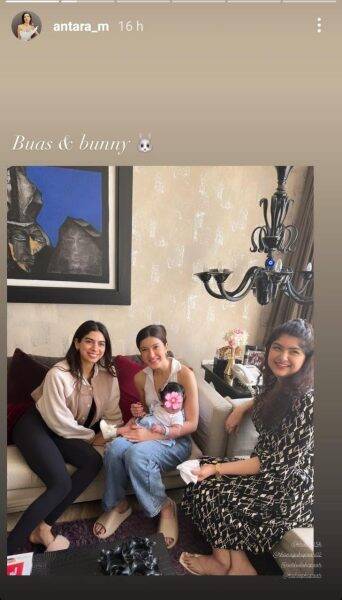 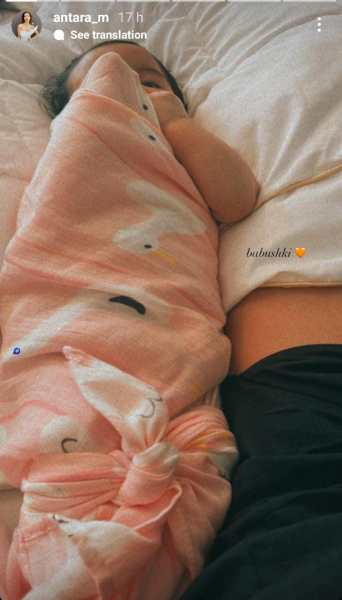 For the unversed, Mohit Marwah is the son of Reena Kapoor who is the sister of Boney Kapoor, Anil Kapoor, and Sanjay Kapoor.  Thus making Anshula, Khushi, and Shanaya his first cousin. His father Sandeep Marwah is a film producer and businessman. Mohit Marwah and Antara Motiwala tied the knot in February 2018 in UAE.

They welcomed their daughter in October 2021. The couple had shared the first pictures of their daughter on social media in November. “One month of loving you. 20.10.2021,” Antara captioned her post, adding heart and evil-eye charm emojis.

Meanwhile, on the work front, Ananya Panday is gearing up for her upcoming film Gehraiyaan which will release on February 11. The film also stars Deepika Padukone, Siddhant Chaturvedi and Dhairya Karwa. She also has ‘Liger’ with Vijay Deverakonda and boxing legend Mike Tyson. On the other hand, Shanaya Kapoor is all set to make her Bollywood debut with a film which will be produced by Karan Johar‘s Dharma Productions.