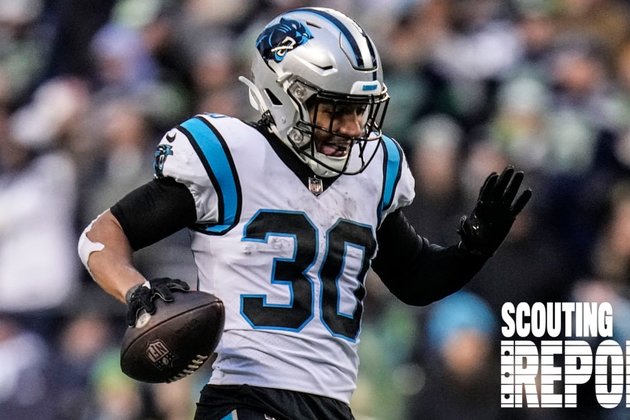 Sunday’s division battle has high stakes. The 7-8 Tampa Bay Buccaneers will clinch the NFC South with a victory and conversely, the 6-9 Carolina Panthers are eliminated from playoff contention with a loss. The Week 17 showdown will commence at 1:00 p.m. ET on New Year’s Day. Coming off a late-game stunner against the Cardinals in Week 16 during overtime, the Buccaneers will look to stack wins together for a stranglehold on the NFC South. Tampa Bay has yet to play a full, complementary game in 2022 and will hope to do so against the surging Panthers. Carolina has won three of its previous four games, including a beatdown of the Lions last Sunday. With a dual backfield of Chuba Hubbard and D’Onta Foreman, the Panthers’ accumulated the most ground yards in franchise history. The Bucs will have to match the Panthers’ physicality on Jan. 1. Standing between the Panthers and their first postseason berth in five years is Tom Brady and the Bucs.

The Panthers are a different team than when the Bucs faced them in Week Seven, where Tampa Bay gave up 173 rushing yards in a 21-3 loss in Charlotte. Despite a tumultuous season and a record below .500 – like the rest of the NFC South – the Panthers have reinstated themselves. Carolina got off to a 2-7 start, culminating in the firing of Matt Rhule after Week Five. Steve Wilks took over as Interim Head Coach and following Week Six, the Panthers traded receiver Robbie Anderson after a sideline tantrum and Christian McCaffrey. During the November frenzy, quarterback P.J. Walker was injured, Carolina released Baker Mayfield and Sam Darnold made his return to action. Opening-day starter Baker Mayfield is now with the Rams and do-it-all-phenom, McCaffrey, is the 49ers’ newest Swiss Army Knife. Under center in Carolina, Darnold has complemented a dangerous ground attack with a 61.4% completion rate, a four-to-zero touchdown-interception ratio and a 104.3 passer rating.

Over the last six games, the Panthers’ defense has taken significant strides forward, allowing an average of 18.1 points per game. The unit is spearheaded by Pro Bowl defensive end Brian Burns, who ranks sixth in the league with 12.5 sacks, and linebacker Shaq Thompson, who wears the green dot and has a team-high 116 tackles to pair with eight tackles for loss. The tackling-machine is joined by Jeremy Chinn, the multi-faceted catalyst in the secondary. The Panthers did lose top shutdown corner Jaycee Horn to a wrist injury suffered last weekend; however, their defense has a plethora of star-power at Al Holcomb’s disposal.

On this week’s compilation of headliners, many could have made the Panthers’ difference-makers list; however, these four stand out. This group could help swing the game in favor of Carolina on Sunday:

Brian Burns ranks sixth in the NFL with 12.5 sacks, a constant annoyance for offensive coordinators around the league. With elite bend and closing speed, Burns has a vast-array of moves to out-leverage tackles. Tackles often commit to his speed rush, and then Burns takes advantage with a nasty spin move. The “Spiderman” is the centerpiece of the Panthers’ defense and a tone-setter on Sundays. With an explosive first-step and pursuit skills, it is challenging for tackles to recover against him. Burns has established himself as one of the premier ends in the NFL. As a run defender, Burns has the agility to navigate through traffic to chase down ball carriers. The menace has put up a sensational campaign in 2022 and the Bucs’ offensive line will have to adjust protections based on where Burns is lined up.

The Panthers displayed an impressive ground assault against the Lions in Week 16, as Hubbard tallied 125 total yards on the ground (10.4 average), including two runs of 30-plus yards on the opening drive for Carolina. With effective change-of-direction and good tempo on runs, Hubbard bolsters the Panthers’ rushing attack. The slippery runner is able to sneak by tacklers with poor angles and he possesses agile feet to spin/jump-cut away from defenders. He excels in outside-zone and is proficient on screens. Hubbard’s long strides allow him to gain chunk yardage while in the open field. With speed, Hubbard is a nightmare for defenses when bouncing runs outside. For the Bucs, setting the edge and forcing Hubbard inside will be key.

D’Onta Foreman, the Panthers’ workhorse, leads the team in rushing yards (811) and rushing touchdowns (five). He wears defenses down and has the capability of controlling games. The north-south bruiser has a lethal wiggle move and burst to hit the second level. After getting by the line, Foreman is tough to tackle in the open field with his arm strength to power through arm tackles. The one-cut, downhill runner has straight-line speed and is adept at gaining yards-after-contact. On Sunday for the Buccaneers, gap integrity will be crucial in slowing down Foreman.

Jeremy Chinn was placed on Injured Reserve on Oct. 5 after suffering a hamstring injury against the Cardinals in Week Four but he’s back now and is making a difference. The 24-year-old safety has been one of the bright spots on Carolina’s defense. He led all rookies in tackles in 2020 and is one of three players in Panthers’ franchise history with at least 100 tackles in each of his first two seasons (along with Luke Kuechly and Jon Beason). Since returning in Week 11 against the Ravens, Chinn has bolstered the secondary. The sensational hybrid could start at linebacker but predominately stays at safety, making tackles sideline-to-sideline. Chinn is an enforcer, with elite ball skills to high point and burst coming downhill to disrupt at the line of scrimmage. He can line up all over the defense and has a unique blend of size, speed and instincts. Chinn will be a player the Bucs have to account for on Sunday.

Here are some ways in which the Panthers have excelled in 2022:

The Panthers have allowed 18.2 points per game since Week 10 (sixth-fewest in the NFL), including 306.3 total yards per game (seventh) in 2022.Brian Burns leads Carolina with a career-high 12.5 sacks (sixth in the NFL), featuring three games with two-plus this season.Carolina had 37 points, 570 total yards and 320 rush yards in Week 16 (season highs), the most rush yards in a game in franchise history.The Panthers have blitzed on 38.7 percent of dropbacks since Steve Wilks was named Interim Head Coach in Week 6 (second-highest in the NFL).Weaknesses

Negative factors hindering the outcome of games for the Panthers in 2022, most notably:

The Panthers have struggled to sustain drives throughout the 2022 season. On 163 total offensive series, Carolina has amassed 46 three-and-out drives (31st) at 28.2 percent.The Panthers have the 31st ranked first-down efficiency in the league. Carolina has 245 total first downs, including an average of 16.3 per game (second-lowest).New Faces in 2022

The Panthers underwent changes in leadership after a lackluster start. The team elected to fire Head Coach Matt Rhule after less than two months into the 2022 season. Rhule had assumed his head coaching role prior to the 2020 season and led the team to an 11-27 record. Defensive Pass Game Coordinator Steve Wilks, who was the Cardinals’ head coach in 2018, was promoted to interim head coach. On the same day that Rhule was fired (Oct. 11), the team also parted ways with Defensive Coordinator Phil Snow and Assistant Special Teams Coach Ed Foley. Al Holcomb, the former defensive run game coordinator, assumed the defensive coordinator responsibilities on an interim basis.

The Panthers’ revolving door at quarterback has continued, including the release of Baker Mayfield on December 5. Mayfield, an offseason trade acquisition from Cleveland, began training camp in a battle for the starting job with Sam Darnold and in August, Rhule announced that Mayfield would start the opener. A week later, Darnold suffered an ankle injury in the preseason finale and was placed on injured reserve. Mayfield started the first five games of the season but sustained a high ankle sprain of his own in Week Five and was expected to miss multiple weeks. That thrust third-year man P.J. Walker into the starting gig; he started five games, including a Week Seven win over Tampa Bay but was later sidelined by an ankle injury. Darnold then made his highly-anticipated return and has started the Panthers’ last four games.