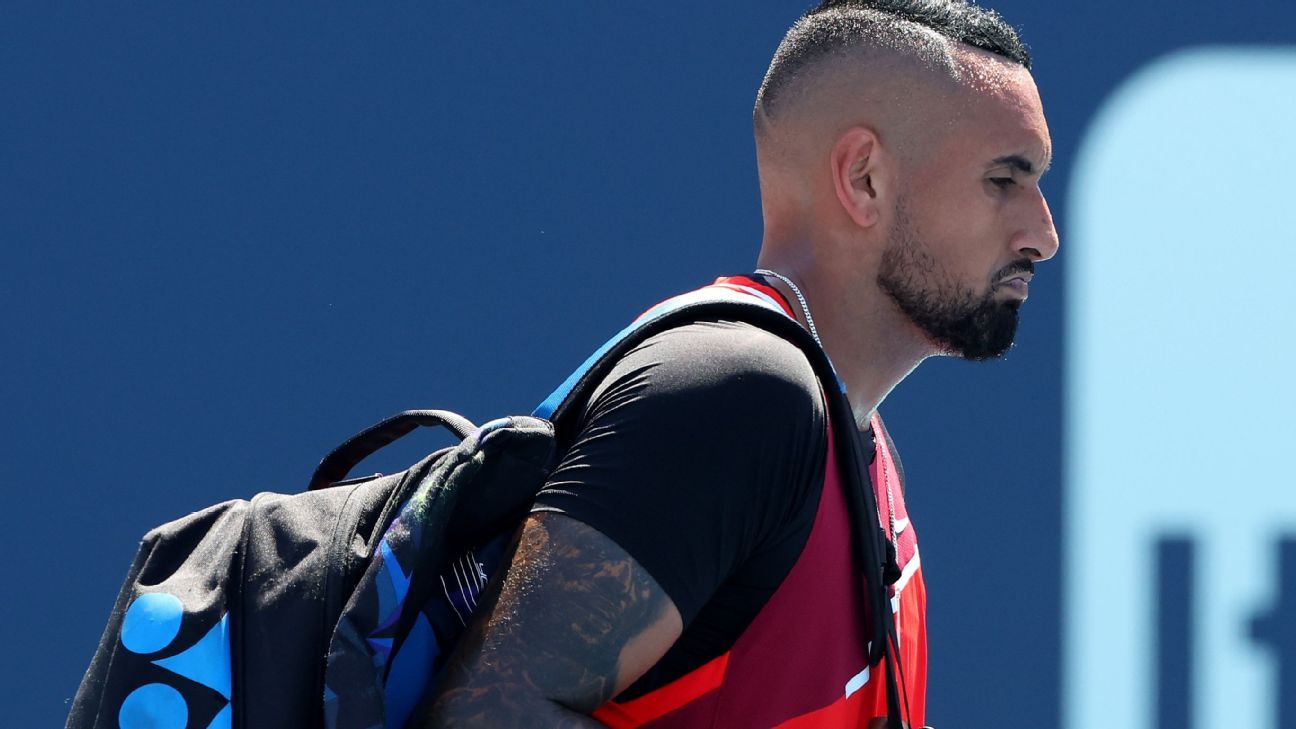 Nick Kyrgios has been fined $35,000 for his behaviour during a fourth-round loss to Jannik Sinner at the Miami Open in which he criticised the umpire and smashed his racket, the sport’s governing ATP said on Thursday.

After repeatedly berating umpire Carlos Bernardes for failing to control the crowd at the Masters 1000 tournament on Tuesday, Kyrgios received a point penalty in the first set tiebreak for telling a friend in the stands he could do a better job officiating.

The Australian wild card then received a game penalty — putting Italian Sinner up a break at the start of the second set — after repeatedly yelling “What is unsportsmanlike?” to Bernardes, and then walked to his bench, where he whacked his racket against the court.

Asked after the match about his behaviour, Kyrgios defended his character while railing against the umpire.

“He’s not even going to get a slap on the wrist for his dreadful umpiring performance today. Like, he was horrendous,” said the Australian.

The incident followed an outburst at Indian Wells earlier this month, where Kyrgios lost his temper after losing in the quarterfinal to Rafa Nadal, smashing his racket to the ground, which then bounced up and almost hit a ball boy.