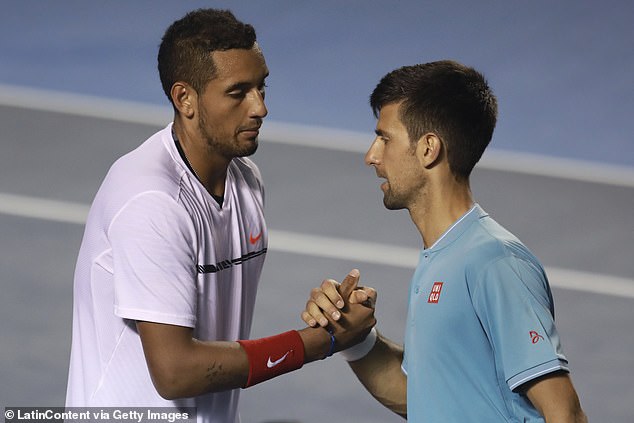 Polarising Australian tennis player Nick Kyrgios revealed he is now good mates with former bitter rival Novak Djokovic – and has pledged to throw a ‘f**king nuts’ party after the Australian Open with the Serbian superstar.

Taking to Instagram, Canberra-raised Kyrgios, 26, confirmed he will be playing at Melbourne Park come Monday – despite recently contracting Covid.

‘Am I playing the AO? Yes. I’m ready for the AO but the court I have been hitting on isn’t great.

‘They’re putting me on a jet tomorrow (Sunday).

Kyrgios then stunned many of his social media followers by posting he now enjoys a ‘bromance’ with the under-fire world No. 1. 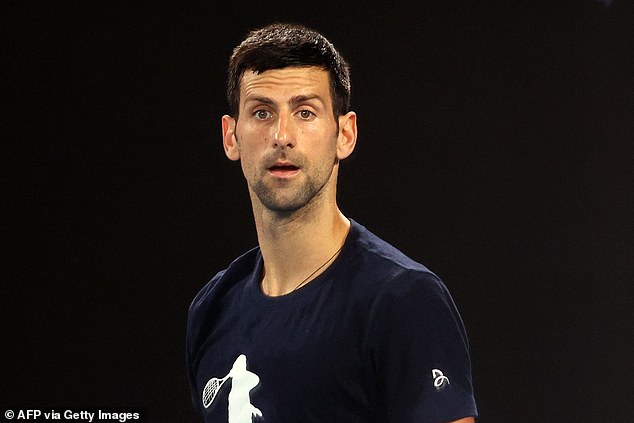 Kyrgios stunned many of his social media followers by posting he now enjoys a ‘bromance’ with the under-fire world No. 1 Novak Djokovic (pictured)

‘I can’t wait until the Aussie summer is over and we can play ball. The party after Melbourne is gonna be f***ing nuts. I’ll rent a house and just go f***ing nuts.’

Just 12 months ago, Krygios labelled Djokovic a ‘tool’ on Twitter after the Serb  complained regarding the strict Covid-19 measures in place as players arrived down under ahead of the Australian Open.

He also called Djokovic a ‘bonehead’ when the 20-time Grand Slam winner tested positive for Covid-19 after he organised a tournament across Europe dubbed the ‘Adria Tour’ at the height of the pandemic.

Days after the tournament, Djokovic, Croatia’s Borna Coric, Grigor Dimitrov of Bulgaria and Serbian Viktor Troicki all tested positive for the virus.

‘When he (Djokovic) was doing some of the things he was doing during the global pandemic, it just wasn’t the right time,’ Kyrgios said.

‘I know everyone makes mistakes, some of us go off track sometimes, and we have to hold each other accountable. 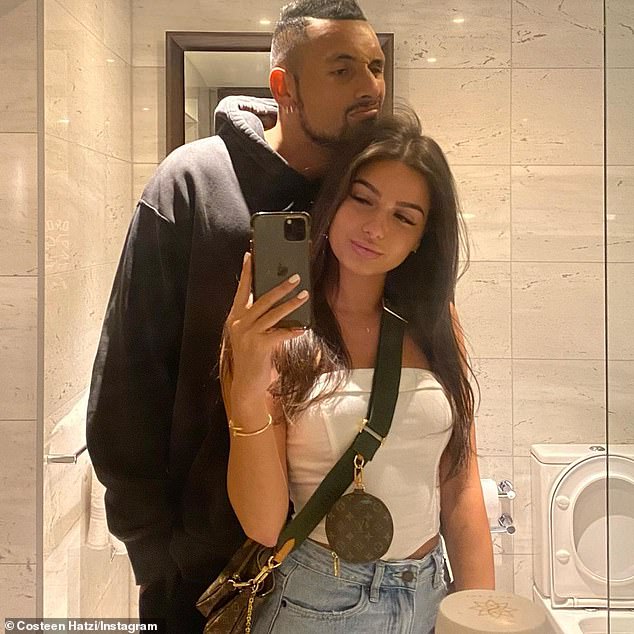 Nick Kyrgios (pictured, with new squeeze Costeen Hatzi) has stated he plans to throw a huge party post the Australian Open – and former arch rival Djokovic will be invited

‘We are colleagues at the end of the day; we compete against each other, we play in the same sport.

‘No one else was really holding him (Djokovic) accountable. Everyone loses their way a little bit but I think he just needs to pull it back.

‘I’m not doing any of this sort of stuff for media attention: these are the morals I’ve grown up with and I was just trying to do my part.’

Djokovic has plenty on his mind at the moment as he faces being deported. 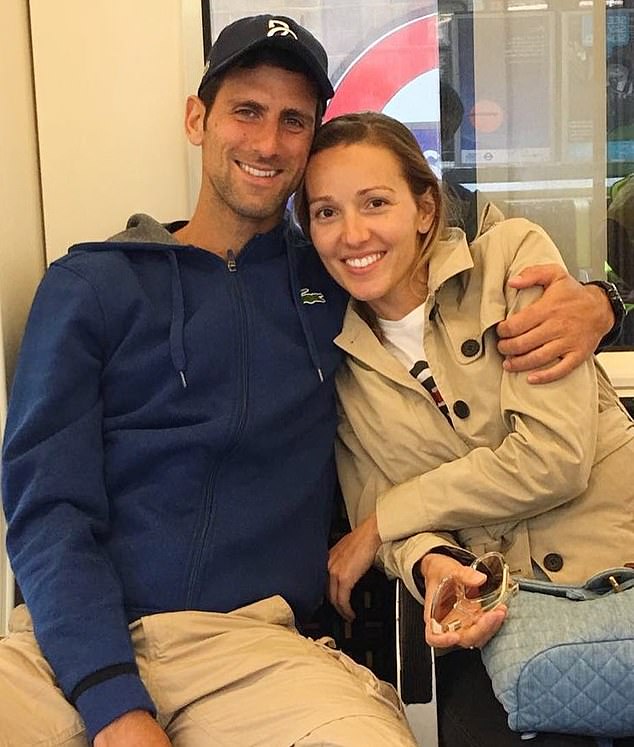 Djokovic appealed, with the matter in the hands of lawyers – again.

He was returned to immigration detention at the Park Hotel in Carlton on Saturday afternoon and his Federal Court hearing will take place on Sunday morning from 9.30am.

Mr Hawke stated that allowing Djokovic – who is unvaccinated – to stay in Australia would encourage others not to get the jab or their Covid boosters.

Djokovic’s lawyers will argue deporting the tennis superstar ‘would be adverse to public interest and could only serve political interests’.

They are also expected to state Australia’s global reputation would be called into question if the Serb is sent packing.