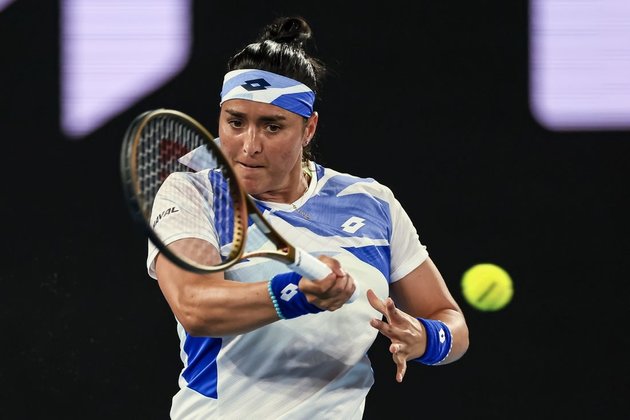 Marketa Vondrousova of the Czech Republic upset No. 2 seed Ons Jabeur of Tunisia 6-1, 5-7, 6-1 in the second round of the Australian Open on Thursday in Melbourne.

A former French Open finalist, Vondrousova missed half of last year recovering from wrist surgery and entered the first Grand Slam of2023 ranked 86th in the world.

She converted eight of 16 break points against the world’s No. 2 player and benefited from Jabeur’s 50 unforced errors.

Jabeur revealed a conditioning issue in a written statement to the media after the match.

“I had a difficult time breathing. Not sure what’s happening,” her statement said. “Marketa played a good match and deserved to win. I will do my best to come back stronger.”

Jabeur was coming off the best season of her career, which saw her reach the finals of both Wimbledon and the U.S. Open. She headed to Melbourne searching for her first career Grand Slam title.

Also on the hunt for her first Grand Slam is Swiss 12th seed Belinda Bencic, who advanced to the third round by beating Claire Liu 7-6 (3), 6-3. Liu owned a 28-19 edge in winners and converted all four of her opportunities to break Bencic’s serve. Bencic had 21 unforced errors to Liu’s 41.

“Today outdoors, it was different,” said Bencic, who won last week in Adelaide, Australia. “I think it’s always different if it’s flying the ball or if it’s not flying, if it’s evening, if it’s cold, if it’s hot. It’s really difficult to adjust.”

Rogers’ countrywoman Katie Volynets fared better in pulling off the second-biggest upset of the day. The 21-year-old American battled past No. 9 seed Veronika Kudermetova of Russia 6-4, 2-6, 6-2.

“I’ve never played in a stadium this packed and that many people keeping the energy up for me, so that’s awesome,” Volynets said in an on-court interview.

Kudermetova had a 4-0 edge in aces and a 31-14 advantage in winners but committed 47 unforced errors. Volynets was down 2-1 and 3-2 in the third set before storming back, winning a break point in the seventh game to take control.

Other second-round winners included No. 19 Ekaterina Alexandrova of Russia, No. 23 Shuai Zhang of China, No. 26 Elise Mertens of Belgium and No. 30 Karolina Pliskova of the Czech Republic.