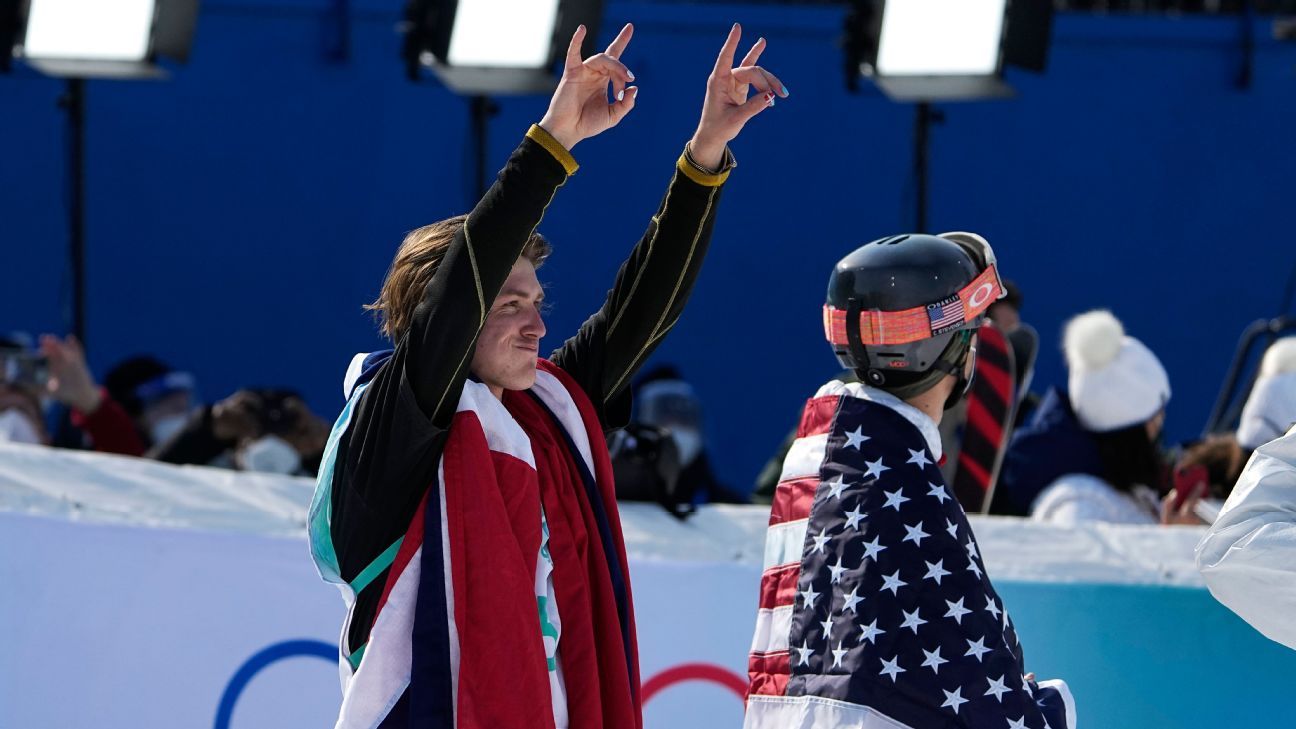 BEIJING — Birk Ruud landed at the bottom of Big Air Shougang and unfurled a Norwegian flag, floating the Nordic cross in the breeze behind him.

A camera came close, and he pulled down his sleeve to reveal a gold bracelet — a gift from his father.

The 21-year-old Norwegian spun away with a gold medal in the Olympics’ first men’s freestyle skiing big air event Wednesday, re-emerging as a leader in the extreme sport after losing his father to cancer last year.

Ruud has been promising to win Olympic big air gold since middle school, even in a discipline that only became a Winter Games event this year. The last leg of his route to Olympic glory was a painful one.

His father, Øivind, woke him late one night in July 2020 with crushing news: a cancer diagnosis. He died nine months later.

Ruud had two Winter X Games big air gold medals and three World Cup wins before his father got sick. He has only one World Cup victory since, and he has acknowledged that his dad’s illness pulled his mind away from competitive skiing.

His efforts to ramp up for Beijing were interrupted by a knee injury nine weeks ago, and he skipped last month’s Winter X Games to play it safe amid the coronavirus.

The rust came off quickly, though. The result was something he’s sure Øivind would be proud of.

“I’m just thankful to be in this position and I’m thankful for all the time I had with my dad,” he said. “I still have my family, and I have a lot of people that support me, and I’m very thankful for that.”

Ruud carved out a commanding lead in his first two runs, coming in backward for a switch triple cork 1980 — three off-axis flips with 5½ rotations — then tumbling forward for a double cork bio 1800.

The only competitor with a chance to keep up with Ruud was American rival Alex Hall, who last month became the first to land a 2160 — six full rotations — at the Winter X Games. Hall tried to do it again, but he under-rotated and crashed out for an eighth-place finish.

Ruud went last in the final round with his spot atop the podium assured. His coach handed him a Norwegian flag, and he held it in his left hand during his final trick, a no-pressure bio 1440. He unraveled the flag and waved it behind him after landing.

He tapped his chest and pointed to the bracelet, and later took off his gloves to display the nails he had painted by an artist in the Olympic Village. Flashy and funny, he’s a favorite among fans for his hijinks on social media, like the time he bewildered a crowd by skateboarding around disguised as an old man.

The men have been rapidly pushing the boundaries in this high-flying sport. When Magnusson won X Games gold in 2021, his best trick was a switch triple cork 1800 — coming into the jump backward, making five full rotations while doing three off-axis flips.

A year later, five of the Olympics’ 12 finalists threw down a similar stunt in the first round alone. Magnusson started with a double cork 1980 and ranked only fourth. Ruud led with 95.75 points after his 1980.

Magnusson momentarily put himself in medal position with a slick, switch double cork 1800 in the final round before Harlaut bumped him out for bronze.

The 30-year-old Harlaut is a favorite among his younger rivals, a hero in the sport for his style, if not his technical skills. The six-time X Games big air gold medalist used the flex of his ski to pop off the jump for a nosebutter triple cork 1620 on his final jump, then got a huge hug from the 21-year-old Magnusson. It was Harlaut’s first medal in three Olympics.

“I represented the skiing I like to see,” Harlaut said. “Very, very happy.”

Stevenson crashed out on his first run but rebounded with a nosebutter triple cork 1620 and a switch double cork 1800 on his final two runs. One of the world’s best on slopestyle, he had never finished higher than sixth at a World Cup big air event.

“I’m totally on a cloud,” he said. “It hasn’t quite sunk in yet. I mean, it was just a miracle that I ended up here today.”