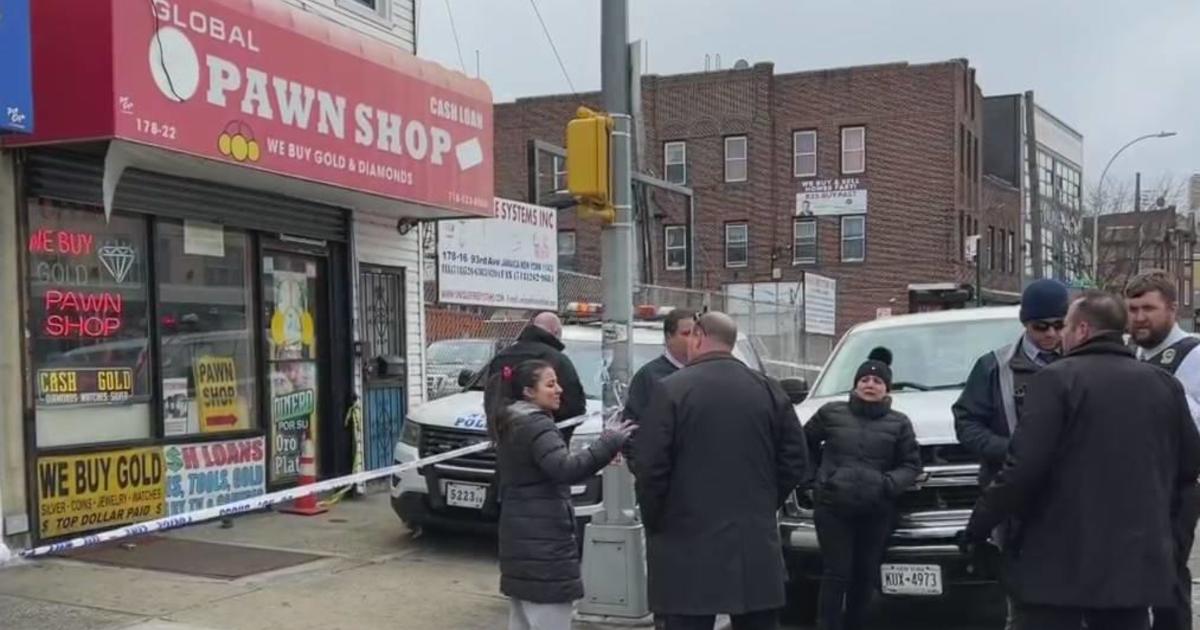 NEW YORK — Police are searching for a suspect after a pawn shop owner was struck several times in the head with a metal rod on Monday in Queens. Police said the 60-year-old victim was hospitalized in critical condition.

The incident at happened around 1 p.m. at the shop on Jamaica Avenue off 179th Street. According to police, the victim was attacked during an attempted robbery, CBS2’s Ali Bauman reported.

A witness said he heard a woman scream and then found the victim unconscious and bleeding on the floor in the doorway between the front and back sections of the store and called 911.

“He would not come out that door unless he knows you. He always deals with people behind the counter,” said Hasan Campbell, a friend of the victim. “Always been good to me. I’ve been living here for six years and every time I come deal with him, talk to him about gold, business, money or anything, he always gave good advice and he always took care of me.”

Police did not immediately release the victim’s name.

Police said they were looking for a suspect wearing a black jacket, gray pants and a camo baseball cap.

Ali Bauman joined CBS2 News as a general assignment reporter in 2016. Ali is a proud millennial who embraces social media for storytelling to bring news to a new generation of viewers.