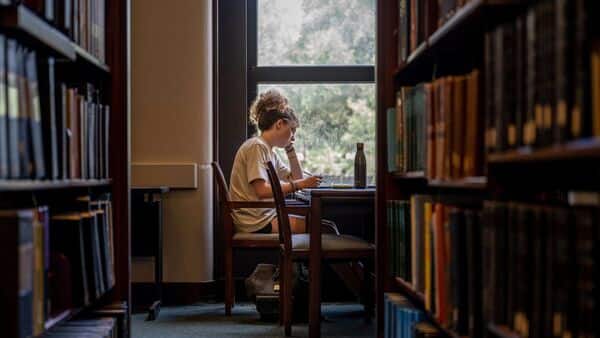 NEW DELHI : Offshore Indian Institute of Technology (IIT)- the prestigious institutions of India are set to take the demeanor beyond the Indian peninsula following recommendation from the National Education Policy (NEP). These offshore campuses will be mentored by the Indian higher educational institutions.

According to news agency PTI, the institutions are likely to be called “India International Institute of Technology”. The report further informed that faculty from the Indian counterpart can be transferred to the branches set up abroad.

According to news agency PTI, the name of the offshore IITs would be ‘Indian International Institute of Technology’. They further clarified that the ‘international’ bit would be added in the name in order to avoid confusion.

“The difference in name with sufficient similarity will allow the newly established IITs to evolve their own identity and ethos, while drawing up the strength of existing IITs. The offshore campus should be a distinct legal entity mentored by an Indian institute having its own identity and ethos,” people aware of the matter informed PTI.

According to several reports, United Arab Emirates (UAE), Egypt and Saudi Arabia has shown great interest in hosting the offshore IIT campuses. While IIT Delhi is reportedly considering setting up a campus in UAE, IIT Madras is exploring options in Sri Lanka, Nepal and Tanzania.

Committee to decide on offshore IIT

Earlier a 17 member committee was formed, led by IIT council standing chairperson K Radhakrishnan to discuss on the plan going forth for the offshore IIT campuses. The committee included Santishree Dhulipudi Pandit, the Vice-chancellor of JNU, Govindan Rangarajan, director of the Indian Institute of Science, as well as Directors of various IITs from India.

The committee has reportedly recommended that the offshore IIT be created on the structure of the IIT, National Institute of Technology (NIT) or Indian Institute of Science Education and Research (IISER). This means that a series of institutes can be established as the current IIT Act does not provision for setting up an IIT outside the country.

-An offshore campus of a specific IIT, (Model A)

According to the committee’s recommendation, English will the medium of instruction in all the offshore campuses. Further they have stated that the abroad campuses will follow the semester system and the start and end dates of semesters may be tuned in line with the academic calendar.

The institutions will provide an undergraduate degree (BTech), a Masters degree (MTech) and research based PhD for its students.

-Mining or Petroleum and Energy

“The number of students in a given programme should be such that the course is economically viable. The exact number, however, may be left to the institute to decide. While these institutes should cater to local student population which could be Indian diaspora but the panel has recommended that the percentage of Indian students in these institutions should be less than 20 per cent,” PTI quoted people aware of the matter.

According tot he committee recommendation ‘30 to 40 students per year for each B.Tech program, 15 to 20 students for postgraduate programs, and “few students” for the PhD program.’.