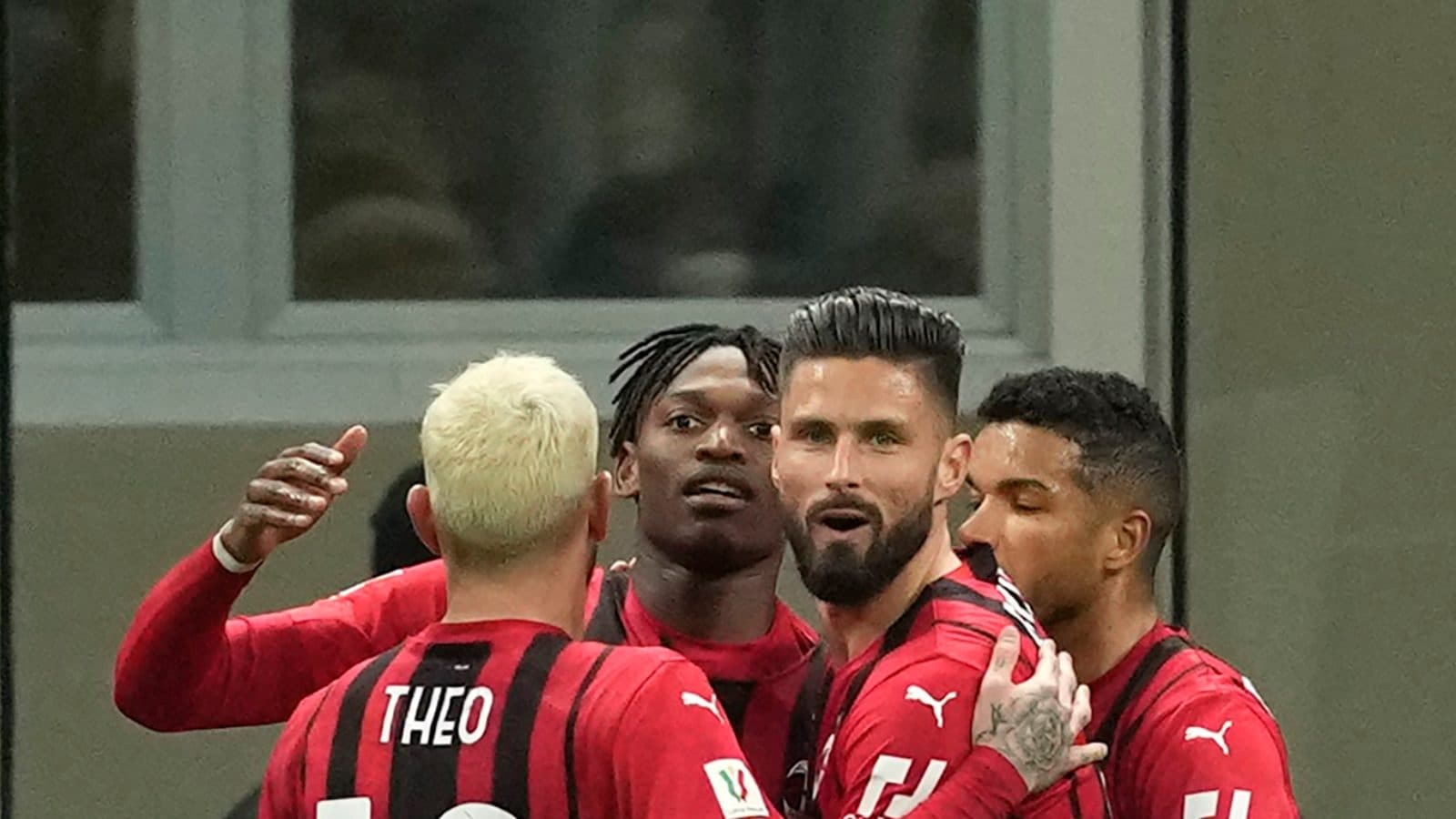 In-form striker Olivier Giroud followed up his double in the Serie A win over Inter Milan with two more goals as AC Milan defeated Lazio 4-0 in the Italian Cup quarter-finals on Wednesday. Rafael Leao opened the scoring in the 24th minute and then created Milan’s second for French international Giroud after 41 minutes. Giroud made it 3-0 in first-half stoppage time with Franck Kessie completing the rout 10 minutes from time.

“He had started the season very well, but had problems with his back and ankle, so needed time to get back into shape,” said Milan coach Stefano Pioli of Giroud.

“He is a strong centre-forward, but the whole team did well tonight and we must continue like this.”

Milan will next face Inter after their city rivals marked the return of Jose Mourinho to the San Siro on Tuesday by dumping their idol’s new team Roma out of the tournament 2-0.

Mourinho coached in front of an Inter home crowd for the first time since leaving in 2010 but after beng warmly welcomed back by supporters in Milan Roma limply exited the competition thanks to a goal almost straight from kick-off by Edin Dzeko and Alexis Sanchez’s second-half piledriver.

The other quarter-finals take place on Thursday when Atalanta host Fiorentina and Juventus meet Sassuolo.