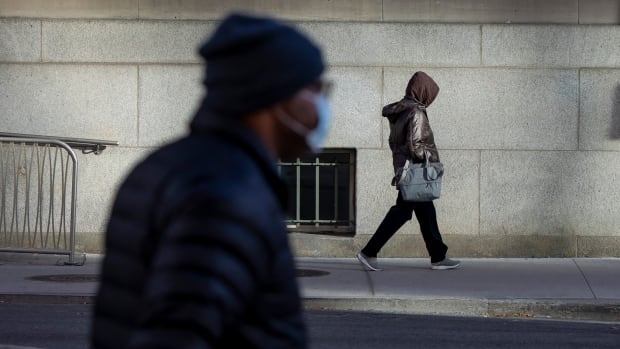 Ontario is making changes to its colour-coded COVID-19 system and putting several regions into the red “control” zone with more severe restrictions, the province announced Friday.

The change comes after Premier Doug Ford’s government came under fire recently for its system being too lenient while case counts in Ontario surge to record levels. Since the provincial framework was released, experts have slammed the thresholds for moving cities and regions into a “red zone” or “lockdown” as too high.

Health Minister Christine Elliott announced the following cities and regions will move into the red zone of the province’s framework:

Elliott said anyone living in a red (or “control”) region should only leave their home for essential purposes. The minister also announced the following regions will move to the orange (or “restrict”) zone:

The following regions are moving into the yellow (or “protect”) zone:

“I know this will be difficult. You’ve already sacrificed so much,” Ford said Friday.

“We’re staring down the barrel of another lockdown. And I will not hesitate for a second if we have to go further.”

See the new thresholds for yourself in the following PDF. If you can’t see the document, follow this link.

The province has made the thresholds for restrictions in its plan more stringent.

The red zone, which is the most stringent zone before a total lockdown, now includes a positivity rate of 2.5 per cent and a weekly incidence rate of above 40 per 100,000 people.

The maximum number of patrons permitted to be seated at a bar or restaurant indoors is 10. Outdoor dining, take out, drive-thru and delivery are all permitted.

The news comes as the province reported 1,396 new cases of COVID-19 on Friday.

Health Minister Christine Elliott said on Twitter that 440 of those cases were found in Toronto, 440 in Peel and 155 in York Region. Just over 40,500 tests were completed, she said.

Ontario is also reporting 19 deaths on Friday, as well as 1,018 resolved cases. Other regions that saw double-digit increases included Ottawa at 41, Durham at 41, Hamilton at 43, Halton at 55 and Waterloo at 43.

The province is also reporting 116 school-related cases Friday. There are ongoing outbreaks of the illness in 93 long-term care facilities, with 702 active cases among residents and 478 among staff.

All figures used in this story are found in the Ministry of Health’s daily update, which includes data from up until 4 p.m. the previous day. The number of cases for any particular region on a given day may differ from what is reported by the local public health unit, which often avoids lag times in the provincial system.

Elliott said Friday that cases have increased 45 per cent week over week, with positivity rates rising “dramatically” all over the province and outbreaks increasing throughout most regions.

“It’s clear we need to take action to stop the further spread of COVID-19,” Elliott said.

Ford said Friday that the death toll is having an impact on him. “It weighs on me. I can assure you,” he said.

Until now, Ford has defended his approach to dealing with the pandemic, even as Peel Region and the City of Toronto ratcheted up their responses beyond the provincial framework.

On Thursday, the Ontario NDP called for a two-week “circuit-breaker” shutdown to disrupt COVID-19, which Ford rejected. The premier has said he needs to balance controlling the spread of COVID-19 and the needs of the economy.

At a news conference reacting to the province’s announcements, NDP Leader Andrea Horwath said Ford is “gambling with people’s health.”

“He’s still unwilling to do what needs to be done to crush this virus,” she told reporters.

Horwath reiterated that she wants to see the province pay businesses to go into a modified Stage 1 closure for a two-week period as a “circuit breaker” to turn the rising tide of new daily cases.

Unless those kinds of measures are implemented, she said, “this long, long nightmare is going to last that much longer.”

Pressure on ICUs growing, at least 67 people on ventilators

The growing number of cases means some grim outcomes. More vulnerable seniors are again dying in long-term care homes and intensive care units (ICUs) are seeing more COVID-19 patients, something that might soon force hospitals to limit other surgeries and procedures.

In the last seven days alone, there have been 71 deaths in Ontario’s long-term care homes.

There are also 110 patients in intensive care in the province, according to the latest report from Critical Care Services Ontario (CCSO), which is distributed daily to critical care stakeholders and shows the most up-to-date numbers provided directly by intensive care units across the province.

That figure was shared on Twitter Friday by Dr. Michael Warner, medical director of critical care at Michael Garron Hospital in Toronto. He said patients are now being moved from “overburdened” ICUs to those with more space.

The province’s daily report states 452 people have now been hospitalized, an increase of 21 from yesterday. The report says that of those in the ICU, 67 are on a ventilator.