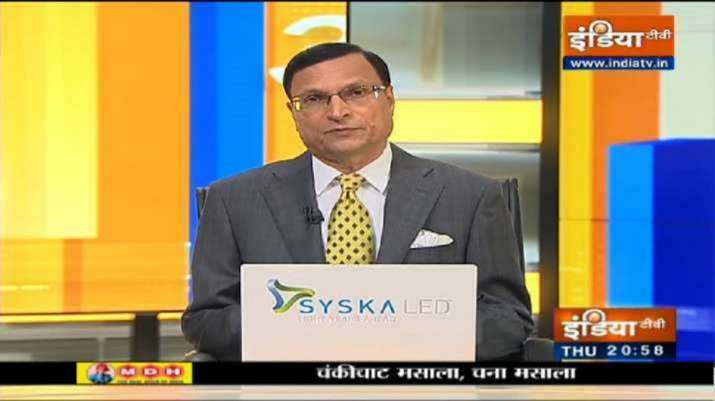 In a wide-ranging interview on Wednesday night, Prime Minister Narendra Modi confidently said that BJP will get “full majority” in all the five states, Uttar Pradesh, Uttarakhand, Punjab, Goa and Manipur, where assembly elections are being held.

Modi replied to almost all the issues raised by opposition in the run-up to the elections. These range from allegations like misuse of ED, CBI and Income Tax department during elections, ”protecting” Minister of state for Home Ajay Mishra Teni, whose son has been accused of crushing farmers in Lakhimpur Kheri, farmers’ agitation issues and his government being criticized in international media.  These issues were being raised almost daily during the last several months, and the question still hanging fire is whether BJP will win the assembly elections.

Eleven hours before voters in UP went to cast their votes in the first phase, the Prime Minister said, his party is going to win in UP.

Modi said: “I am seeing a wave of pro-incumbency instead of anti-incumbency. Whenever there is pro-incumbency, the BJP wins elections. The voters in all these five states will give BJP the opportunity to serve them. People have seen our work in these states. Earlier, people used to speak about anti-incumbency, but the times have changed, though the terminology has not changed. Governments in the past used to announce schemes, sign files, but they never fulfilled their promises.”


Modi rejected the theory that with Samajwadi Party chief Akhilesh Yadav aligning with Rashtriya Lok Dal chief Jayant Chaudhary, there will be aggregation of votes. “The ‘two boys’ (do ladke) formula won’t work in UP. Yeh do ladkon wala khel toh humne pahle bhi dekha tha. (We have seen the ‘two boys’ game earlier too). They were so much arrogant that they used words like ‘two Gujarati donkeys’ (do Gujarati gadhe). And the people of UP gave them their ‘hisaab’ (account).  Again there were these two boys along with bua ji (Mayawati), and still they could not succeed.” Mod was referring to the 2017 assembly poll alliance between SP, BSP and RLD, which failed to win at the hustings.

Explaining his point, the Prime Minister said: “Just imagine. There is this right to vote for youths from the age of 18, and the right to contest from the age of 25. If a father comes forward, and says he has two sons, one aged 15 and the other aged 10, and says their age collectively is 25 years, can they contest? Can this happen? Do you think things can move forward through such calculations?”

Modi said, “the results of 2014 LS polls, 2017 assembly polls and 2019 LS polls clearly reject this theory that no party can win again after being victorious once in UP. BJP has proved it again and again, and we shall also win this time.”

Asked about BJP billboard posters in UP projecting both him and Yogi Adityanath, Modi replied: “My picture is there on the posters as a BJP worker whose name is Narendra Modi. We believe in collective leadership, and we work collectively.”

On his frequent mention of the phrase ‘naqli Samajwadi’ for Akhilesh Yadav’s party,  Modi explained: “By fake Socialists, I mean those, whose family members are occupying posts in a party. By true Socialists, I mean, leaders like Dr Ram Manohar Lohia, George Fernandes and Nitish Kumar, who never allowed their family members to occupy party posts.  In one party which calls itself socialist, I found names of at least 45 members of a single family occupying different posts.”

Modi effusively praised UP chief minister Yogi Adityanath, saying: “ Before he came to power in UP, goondas and mafia used to rule the roost. Now under Yogi’s rule, most of the mafia leaders have either surrendered or have fled the state. Women in UP can now move around freely. Yogi has given a feeling of security in the minds of people. The manner in which his government handled the Kumbh Mela at Prayagraj and during the Corona pandemic, deserves to be praised.”

When it was pointed out that in UP, no ruling party won again in the last three decades, and in the last 60 years, not a single chief minister has came to power twice, Modi said, the consecutive victories that his party has secured in UP during 2014, 2017 and 2019 polls are  examples. “We will get the blessings of people of UP again this time too”, he added.

On a question relating to the son of Minister of state for Home, Ajay Mishra Teni, who has been accused of running his vehicle into a crowd of farmers in Lakhimpur Kheri, Modi replied: “The matter is being investigated under the orders of Supreme Court, and the apex court is satisfied with the progress of investigation. Yogi’s government is fully cooperating with the investigation team.”

Asked about why ED, CBI and Income Tax conduct raids before elections, Modi replied: “We came to power on the promise of taking strict action against corruption. If we do not take action, what reply can we give to the people?”

On the opposition’s allegation that BJP is arm-twisting voters by harping on the ‘double engine sarkaar’ theme and indirectly threatening that the Centre would stop assisting the state, if people did not vote for BJP, Modi replied: “Our government at the Centre has never discriminated in providing assistance, whichever party may be in power in the states.”

Modi again lashed out at dynastic politics saying that this could become a threat to democracy in future. “Right from Kashmir to Kanyakumari, there are many states where single family rule regional parties. In Kashmir, there are two families, in Jharkhand, Tamil Nadu and several other states, single families run political parties, which is not good for democracy. There is a difference between dynastic politics and sons of politicians getting tickets in BJP. In the first one, the family is the whole and sole custodian, where only sons and daughters can occupy key posts. In the second one, the sons of politicians have to contest and win elections. There is a clear difference.”

On his criticisms against Gandhi-Nehru dynasty, Modi replied: “ I did not say anything about anyone’s father, mother or grandfather. I only shared what the country’s first prime minister had said in the past. There is nothing personal about it. ..I just shared what were the views of our prime minister and what was the situation then, and this is the current prime minister, and what are his views now.”

To sum up, Modi in his 70-minute interview demolished several theories that had been prevailing in Indian politics over several decades. He explained, there used to be anti-incumbency only because state governments failed to perform. “And when governments perform, there is pro-incumbency, and not anti-incumbency”. Modi is right. The prevailing theory about any ruling party failing to repeat its victory in UP stands demolished since the last three elections.

Modi also made it clear that ED, CBI and Income Tax department cannot stop raids against tax evaders or money launderers, just because an election is in progress. Moreover, every year there is some election or other. In India, all elections are not clubbed together.

Modi also rejected the assumptions that farmers in UP are unhappy with Yogi. He said, “I have won the hearts of farmers. I brought the three farm laws in the interest of farmers, but I repealed them in the national interest.”

On the opposition’s charge that India’s international image has taken a beating, Modi pointed out the inflow of FDIs and FIIs into India have increased, and that India has won plaudits by sending Covid vaccines to more than 150 countries across the world. About the international media, he said, he would not react. “We must have faith in ourselves”, the PM said.

I think Modi has also demolished Rahul’s charge that the PM is not replying to questions. In fact, Modi replied to all questions that were raised on Wednesday by the interviewer. In my view, this is a healthy tradition in a democracy.

India’s Number One and the most followed Super Prime Time News Show ‘Aaj Ki Baat- Rajat Sharma Ke Saath’ was launched just before the 2014 General Elections. Since its inception, the show is redefining India’s super-prime time and is numerically far ahead of its contemporaries.