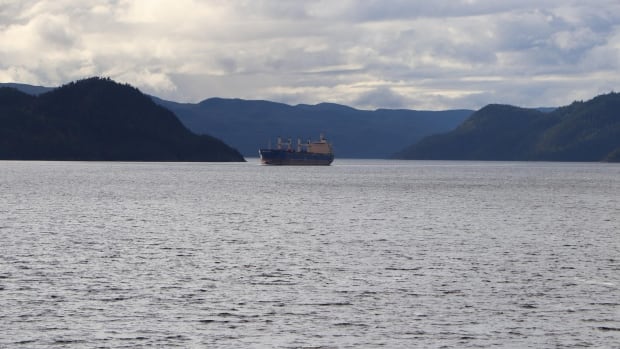 Ottawa’s rejection of GNL Quebec’s liquefied natural gas plant and export project in Saguenay, Que., appears to be the final nail in the coffin for the Énergie Saguenay project that was previously denied by the province in July 2021.

“It’s a great relief for us,” said Adrien Guibert-Barthez who lives in Saguenay, a two-hour drive north of Quebec City, and is a spokesperson for Coalition Fjord, a group that actively opposed the project and the impact it would have on the environment.

“It’s the first LNG terminal that’s been blocked by a government,” he said. “It’s a big step to end the era of [fossil] fuels.”

Canada’s Minister of Environment and Climate Change, Steven Guilbeault, signed off on a report by the Impact Assessment Agency of Canada (IAAC) on Monday evening that said the project should not go ahead.

In an environmental assessment decision statement, Guilbeault said the negative effects the GNL Quebec project would have on the environment were “in no way justifiable.”

The $14-billion plan included construction of a natural gas liquefaction plant and a wharf on the Saguenay fjord with infrastructure to store gas, load tankers and ship liquefied natural gas (LNG) from a marine terminal near the Grande-Anse port to markets overseas.

Since GNL Quebec started developing the project in 2014, it has faced a chorus of opposition from Indigenous communities, experts and locals, though some saw the project as a way to create jobs and diversify the region’s economy. After lengthy consultations and an environmental review, Quebec decided not to let the project go ahead last year.

GNL Quebec’s last resort would be to submit a new proposal but Guibert-Barthez says from what he’s heard, the provincial and federal refusals appear to be the end of the line for the Énergie Saguenay project.

“I think they understood the message,” he said. “In Saguenay, even the former employees say the project is dead.”

GNL Quebec issued a short statement Monday, saying it has taken note of the federal government’s decision and will be evaluating its impact on the Énergie Saguenay project.

The major concerns outlined in the IAAC report were increased greenhouse gas emissions, negative effects on the cultural heritage of nearby Innu communities and the risks posed to St. Lawrence beluga whales and other marine mammals.

Richard Martel, a Conservative MP for Chicoutimi-Le Fjord in the Saguenay region, supported GNL Quebec’s proposal in front of the province’s environmental review board but says Ottawa’s decision was one he expected.

“I’m not surprised at all,” he told Radio-Canada. “But I am disappointed … because the demand for liquefied natural gas is growing [globally].”

Martel points out that natural gas was part of an energy agreement Canada and Germany reached last spring and he says he’s worried about Quebec missing out if similar LNG facilities go ahead in other provinces instead.

Another key element of the LNG project is a 780-kilometre pipeline that would have shuttled natural gas from Western Canada across Ontario to the Saguenay port.

The IAAC says the pipeline, led by a company called Gazoduq, is the subject of a separate ongoing federal assessment, though Quebec officials previously said without a production facility and export terminal it’s not likely to go ahead.

Gazoduq and GNL Quebec are owned by the same parent company and unless the IAAC is notified in writing that Gazoduq no longer plans to proceed with construction, it has to submit all of the required impact studies of the project by July 17, 2023.

In a statement, Guilbeault said he’s confident that denying the LNG project was the right choice but the minister said he still hopes to work with the Saguenay region on future energy projects.

“The Government of Canada prides itself on making decisions based on the best available data,” he said. “Decisions must also balance both economic and environmental considerations, and respect the rights of Indigenous Peoples.”

“The government will continue working with Saguenay communities and prospective investors on environmentally sustainable projects that deliver economic benefits for the region,” Guilbeault said.