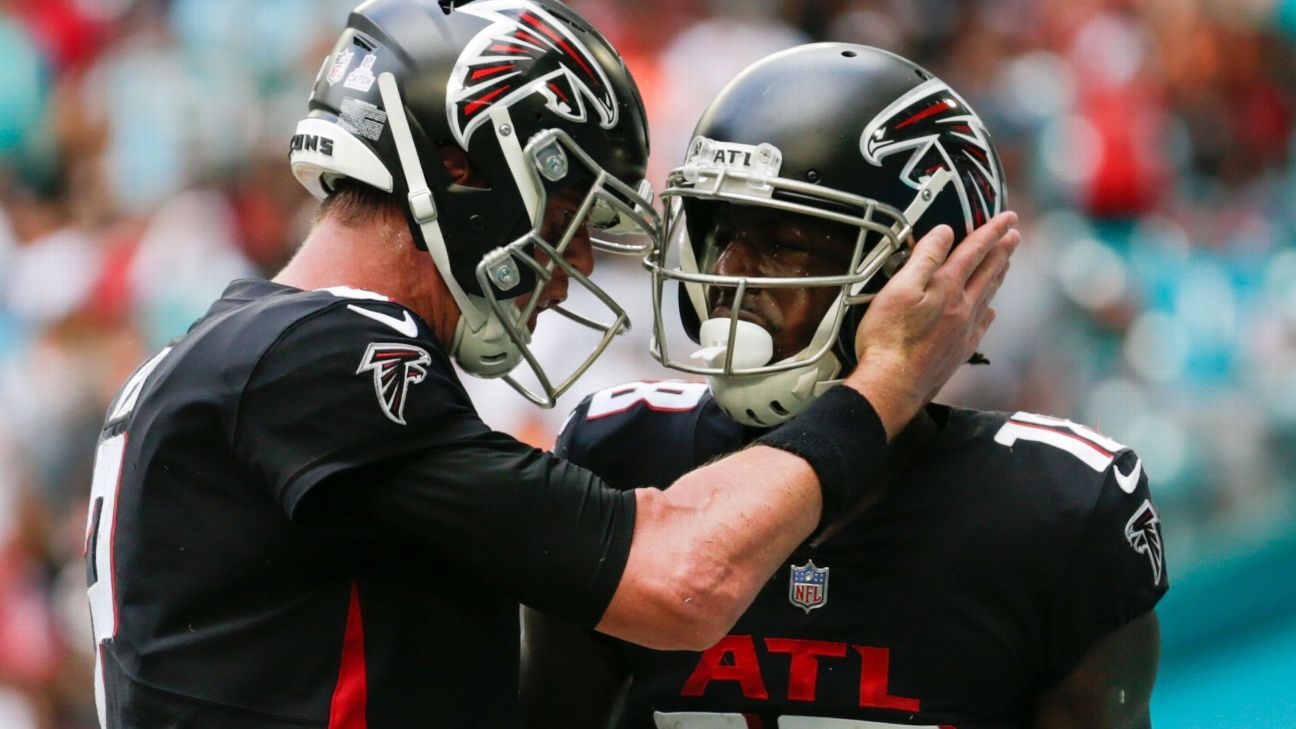 Atlanta Falcons owner Arthur Blank said the franchise would “absolutely” like to have receiver Calvin Ridley back with the team next season while also acknowledging the Falcons will eventually need a succession plan for quarterback Matt Ryan.

Ridley missed 12 games last season for Atlanta so he could focus on his mental health — not traveling to London with the club for its win against the Jets and then announcing on Halloween he was stepping away from football to work on himself.

Ridley, who had his fifth-year option picked up by the club in May, has not spoken publicly since leaving the team. Atlanta placed him on the non-football injury list. On Wednesday, Blank said Atlanta has supported Ridley as much as it could throughout the season and will continue to do so.

“It’s a difficult journey. It’s not unique in America,” Blank said. “It’s not unique on sports teams or in community populations. There’s a lot of trauma today. And so I think he’s committed to resolving his issues and getting them behind him. Doesn’t mean they’re necessarily out of his head but they are behind him and he’ll be able to function fully, not only on the field but off the field as well. So where that’ll take him, I don’t know.

“I know we’ve done everything we possibly could do to be there for him and we’ll see how that unfolds in terms of him with our team or the future with us or somebody else in the NFL.”

Falcons coach Arthur Smith continually declined to answer questions about Ridley during the season, saying once there was an update, he would give one. At the Senior Bowl last week, Falcons general manager Terry Fontenot said there was no update on Ridley, either.

Blank said Ridley, who had 31 catches for 281 yards last season, is a “great player” and praised his work as a teammate and in practice. Blank indicated the team understands Ridley’s current situation and will continue to support him.

He did not know, though, whether or not Ridley would return in 2022.

“I will tell you what I know. What I know is that we’d love to have the young man back to play for us,” Blank said. “But, you know, where that sits with him, I don’t know. We haven’t talked to him directly, and at some point, with free agency coming up upon us and draft after that, we have to have a clearer understanding about that and I think he and his agents certainly understand that as well.”

While Blank also praised the play of quarterback Matt Ryan, he did want to make clear that he understands the team does need to have a plan for a future beyond Ryan. This past season, Atlanta had three backup quarterbacks — A.J. McCarron, who was injured in the preseason, Josh Rosen and Feleipe Franks.

Blank mentioned multiple times how often Ryan was hit the past few seasons — he has been sacked 40 or more times each of the past four years — and marveled at Ryan’s ability to keep playing and getting up. Ryan, who completed 67% of his passes this season for 3,968 yards, 20 touchdowns and 12 interceptions, has missed only one game since the start of the 2010 season.

He also felt there was a good understanding between Smith and Ryan and how Ryan took to Atlanta’s offense.

“But at some point, let’s make this clear. At some point, we do need to understand that Father Time does get us all and at some point we have to make a clear succession plan for the next quarterback,” Blank said. “Teams in the league that have done that successfully really are in a good position. The ones that haven’t are the ones that struggle for a number of years as they flip in and out of quarterbacks that are not really the ultimate answer.”

Blank said the team began thinking about a succession plan for Ryan before the team hired Smith and Fontenot last year, but Ryan keeps playing at a high level and keeps being available.

Ryan, for his part, has said he would like to remain in Atlanta. He has a cap hit of $48,662,500 for 2022. Last month, Fontenot did not want to speculate on any contractual situations the Falcons may have. While Atlanta should have more cap flexibility than last season — when Blank said the team was “under siege a year ago” — there is still not a ton of money to play with at this point.

Ryan, who turns 37 in May, said in January he was “optimistic” about the future of the team and liked where Atlanta was heading with Smith and the coaching staff.

Blank, though, said Ryan understands eventually the team will have to plan for a Ryan-less future. He wouldn’t say how far down the road the Falcons might be on a post-Ryan plan.

“We have to be thoughtful about that. And Matt understands that. Matt’s a grown man. He’s smart,” Blank said. “He understands that he can’t play forever and that we have a responsibility to our fans, to the franchise, to have a succession plan for every position, it’s not just quarterback.

“Every position, as we think about it. Some of the questions you’re asking about Calvin Ridley are fair because we have to make sure we have a receiver room that’s very competitive.”