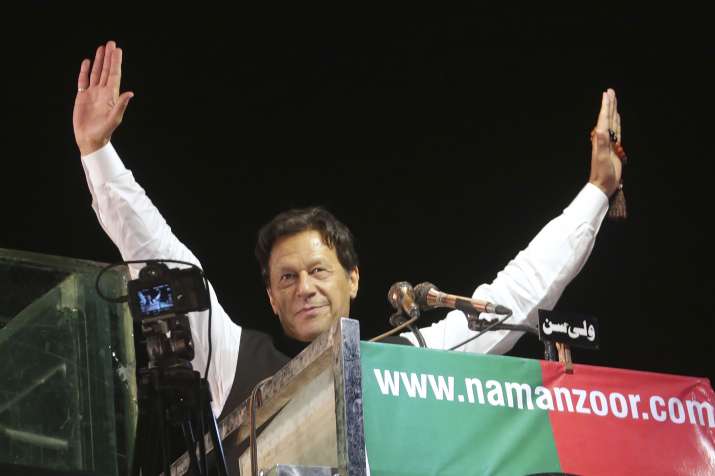 Pakistan news: A top court in Pakistan on Monday decided to initiate contempt proceedings against former prime minister Imran Khan for his controversial remarks against a female sessions court judge at a rally here. The decision was taken by Acting Islamabad High Court Chief Justice Aamer Farooq during the hearing of a petition filed by the PTI challenging incarcerated party member Shahbaz Gill’s police remand.

The PTI chairman also warned additional district and sessions judge Zeba Chaudhry, who had approved two-day physical remand of Imran’s aide Gill’s on the request of Islamabad Police, that she would also face dire consequences. A larger bench comprising Justice Mohsin Akhtar Kayani, Justice Babar Sattar and Justice Miangul Hassan Aurangzeb will hear the contempt case and the first hearing is expected on Tuesday. Gill was arrested last week on charges of sedition.

The court notice comes a day after Khan, 69, was booked under Section 7 of the Anti-Terrorism Act (punishment for acts of terrorism), according to the copy of the first information report. The case was registered at the Margalla Police Station of Islamabad. Khan’s lawyers Babar Awan and Faisal Chaudhry filed a petition in the Islamabad High Court seeking pre-arrest bail on his behalf, where a two-member bench comprising Justice Mohsin Akhtar Kayani and Justice Babar Sattar took up the petition.

After hearing arguments, the court approved protective bail till August 25 and directed him to approach a relevant Anti-terrorism Court by then. Khan’s pre-arrest bail application stated that the government, in an illegal effort to settle a political score, has decided to “illegally and unlawfully victimise” the petitioner.

Meanwhile, PTI leader Fawad Chaudhry termed the case as irrational and demanded that it should be quashed. He also criticised a ban imposed on Khan’s live speeches. “We are facing this extreme dictatorship because we have a minority government and attempts are being made to sustain this minority government through force,” he said, adding that the government would be sent packing before September 10. Khan, the cricketer-turned-politician, has been targeting powerful institutions, including the Pakistan Army, since his government was toppled in April.