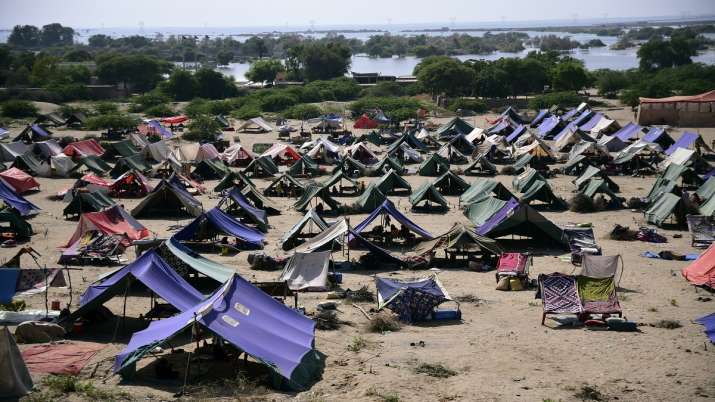 Pakistan floods: Pakistan is going through one of the worst monsoon rains and flash floods, causing massive destructions, damages to infrastructure, and directly affecting millions of people across the country.

Till now, an estimated 33 to 35 million people have been directly affected by the floods while over 1300 people have already died till now. The unprecedented floods have not only caused serious damage and destruction, they have also left thousands with illness and millions more vulnerable to various diseases.

According to the Sindh province’s Directorate General of Health Sciences, most of the people in and around displaced from the flood affected areas are suffering from illness of various water-born diseases including skin infection, diarrhoea, malaria and others.

As per records, till now, at least 594,643 patients had been provided treatment at the health department’s mobile and fixed camps from July 1 to September 2. A large number of treated patients are suffering from various diseases with at least 134,682 from diarrhoea, 125,497 from skin diseases, 119,159 from respiratory problems, 44,832 with malaria, 548 with dog bites and at least 101 snake bite cases have been reported till date.

Moreover, among the treated patients, at least 279 have died at medical camps while many many more have died because of critical injuries, sustained due to collapse of walls and roofs of their homes, which were hit by the flood water and destroyed. Cases of deaths due to electrocution have also been reported from the flood-affected areas.

Now, with time passing by, the cases of illness among the flood-affected people are increasing by the hour. Thousands of patients are coming to the government medical camps for treatment of various ailments.

“Skin diseases are most prevalent among the flood-hit children. Children who made through the muddy waters and also often drank it, resulted in gastro and skin diseases,” said a doctor working at a camp of a private hospital.

While the flood water has destroyed homes, villages, towns and standing crop fields spread across hundreds of acres of land, taking with it a large number of livestock; it also damaged and destroyed at least 125 government health facilities while at least 966 have been partially destroyed and damaged.

This has multiplied the existing challenge of reaching out to over 33 million people with health facilities as government teams along with the support of private hospitals and health experts have set up camps in different areas and called on displaced flood-affected families to come to them for medical and health treatment.