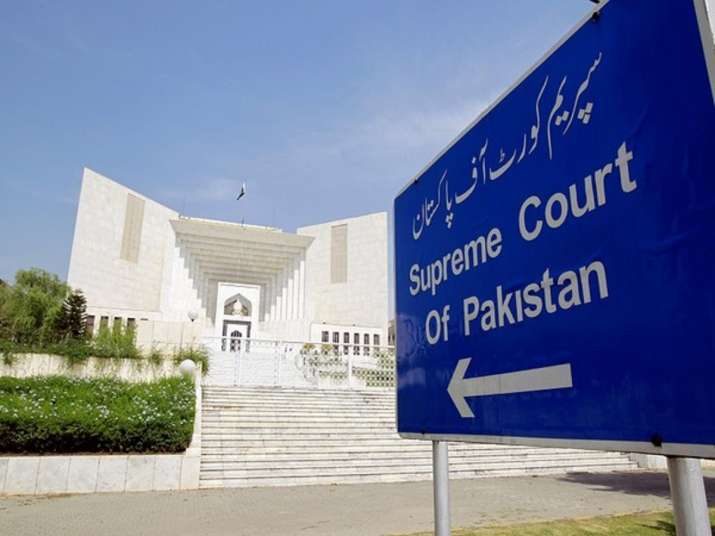 Pakistan’s Supreme Court on Monday refused to form a full bench to hear a key case related to the contentious election of Punjab chief minister, saying it will have to hear more arguments before taking a decision on the issue.

The country’s coalition government led by Pakistan Prime Minister Shehbaz Sharif’s Pakistan Muslim League-Nawaz (PML-N) had urged the apex court to constitute a full bench to hear petitions about the important case which involved the interpretation of Article 63-A of the Constitution — if a lawmaker should follow the orders of party chief or the parliamentary before voting on vital issues.

Mazari refused to count the vote after party chief Chaudhry Shujaat Hussain through a letter directed his party lawmakers to vote for Hamza, son of Prime Minister Sharif and PML-N president. The Punjab province has been in turmoil since April which took a new turn on Friday when Pakistan Tehreek-e-Insaf supported candidate, Elahi, was not declared a winner.

Mazari in his ruling said that PML-Q chief, Chaudhry Hussain, through a letter directed his party’s 10 members including Elahi to vote for Hamza but they violated the direction and their votes could not be counted under Article 63-A as interpreted by the Supreme Court. The ruling was challenged by Elahi and the court in its short order on Saturday asked Hamza to continue as “trustee” chief minister and announced to take up the hearing on Monday.

The apex court order irked the coalition government led by which after criticising it demanded the constitution of a full bench, and reiterated it on Monday as the court grappled with the issue. After hearing the arguments and much deliberations, Chief Justice Bandial announced that the court “needs more legal clarification” regarding the formation of a full bench to issue a verdict on the case.

He also said that he was unsure whether the decision on the ruling of Mazari would be made on Monday. Earlier, PML-N leader and the party vice president Maryam Nawaz alleged that the petitions being filed in the court were facing delays and claimed that her party was being discriminated against by the court.

She also gave the example of Hamza, saying: “Have you ever heard of a trustee chief minister?” She said that since Hamza was elected chief minister of Punjab, he was not being allowed to work.

“He goes from parliament to court, and back and forth. What justice is this?” she asked.

“Our justice system is such that when a petition is filed, the people already know what bench will be constituted and the decision that will be given,” she said. Maryam said there were many respected judges appointed to the apex court and questioned why they were not involved in hearing cases.

“One or two judges, who have always been anti-PML-N and anti-government are repeatedly included in the bench,” she said, adding that “bench-fixing is a crime just like match-fixing”.

Foreign Minister Bilawal Bhutto-Zardari asserted that the country’s democratic parties had only one demand: the formation of a full bench.

He said that everyone will accept the verdict when all the judges listen to the case.

“If only three judges give a decision, then we will not be able to control the political situation that will develop in this country,” he said, adding that the Constitution could not be altered due to the pressure asserted by the PTI chief.

Jamiat Ulema-e-Islam-Fazl (JUI-F) chief Maulana Fazlur Rehman endorsed Maryam’s view, saying the government did not expect any justice from the current bench and reiterated the government’s demand for a full bench.

He said the government supported what Maryam said earlier and this was its “united stance”.

PML-Q leader Tariq Bashir Cheema also reiterated the demand for a full court bench, adding that a decision should be taken “for once and all times to come”.

Earlier, the Pakistan Peoples Party (PPP) and head of Pakistan Muslim League-Quaid (PML-Q) Hussain filed applications with the Supreme Court requesting it to be made a party to the deputy speaker ruling case that is currently being heard by the court.

Hussain said he “wrote a letter to the Deputy Speaker on July 22” and argued that Mazari had “disregarded the votes on the basis of the letter”.

Meanwhile, the court had banned the entry of political leaders citing “security concerns”. The Express Tribune newspaper reported quoting sources that the passes that had previously been issued to political parties were also cancelled and only parties to the case and their legal counsel were allowed to enter the court.

The security was tightened around the court building where a large number of police officials have been deployed. Paramilitary Rangers, and Frontier Corps personnel were also present to help the police.