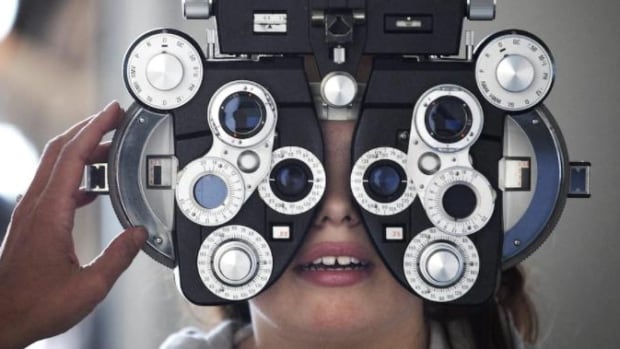 As a dispute between optometrists and the Ontario government drags on, parents of children whose eyesight is deteriorating are getting worried.

Since watching her son Jack, 15, play indoor soccer this fall, Jo-Anne Bishop of London, Ont., is convinced he’s having trouble with his depth perception.

“When you’ve got a ball coming at you at that speed, you need to be able to react in time so it doesn’t result in a ball to the face,” she said.

But because of the ongoing dispute, Bishop can’t get her son in to see his eye doctor.

As of Sept. 1, 98 per cent of optometrists have been withholding their services from the 2.9 million patients covered for eye care under the Ontario Health Insurance Plan (OHIP), including kids under 19, people 65 and older and those with certain eye conditions.

Initially, Bishop assumed she could pay for Jack’s eye exam with private insurance, but provincial legislation doesn’t allow that.

At the centre of the dispute is how much optometrists should be reimbursed by the province for OHIP patient care. Right now, the province pays on average $44.65 per exam, which optometrists say has increased by only $5 over the last 30 years and covers about half the actual cost.

It’s the lowest rate in Canada, says the the Ontario Association of Optometrists (OAO). Alberta, the highest, pays $137. The  Ministry of Health has offered to increase OHIP payments by eight per cent (about $4 more per exam) retroactive to April and provide a one-time payment of $39 million.

Dr. Sheldon Salaba, a Hamilton optometrist and president of the OAO, calls that money a publicity stunt and adds that optometrists never agreed to the payment at the negotiating table. The OAO also says the $39 million does little to address a long-term solution.

(1/2) Ontario’s Health Minister said Optometrists should not be paying out of pocket for OHIP services, but her government left the bargaining table after two days and won’t commit to a long-term solution to this crisis. <a href=”https://t.co/lVj7ck7dYK”>pic.twitter.com/lVj7ck7dYK</a>

Although Bishop supports the optometrists, she wants the dispute to end.

“Someone’s got to give here because some of our most vulnerable are suffering. They’re being held hostage in this. One side has to give at this point.”

“We need to get our kids and our seniors taken care of. We can’t let this go on much longer.”

Optometrists key in other diagnoses

Mount Brydges, Ont., mom Amy Mathias is worried about her 12-year-old son’s eyesight, but it’s her day job with the Brain Tumour Foundation of Canada that’s prompted her real concern.

“Eyesight tests find much more than just bad eyesight and kids not being able to see the blackboard,” she said. “They can detect issues like brain tumours.”

Mathias has heard many stories of optometrists sending seniors to the emergency after discovering a tumour during a routine eye exam.

The pandemic has made things more challenging since people aren’t seeing their family doctors face to face as regularly, either.

“They’re not getting tests,” she said. “So who knows what eye tests could uncover in our most vulnerable, our kids and our seniors? And I’m really, really concerned for those people.”

2 sides no longer at the table

Talks have broken down between the province and the OAO.

“You can’t go forward unless the optometrists come back to the bargaining table and they have refused to meet the conditions of the mediator that they chose,” said Robin Martin, a Toronto member of provincial parliament, and parliamentary assistant to the health minister.

“The fact is mediation is a very costly process,” said Dr. Josephine Pepe, a London optometrist and vice-president of the OAO. “We are a small organization and we don’t have infinite resources to engage in a process where one of the parties is not taking it as seriously as the other,”