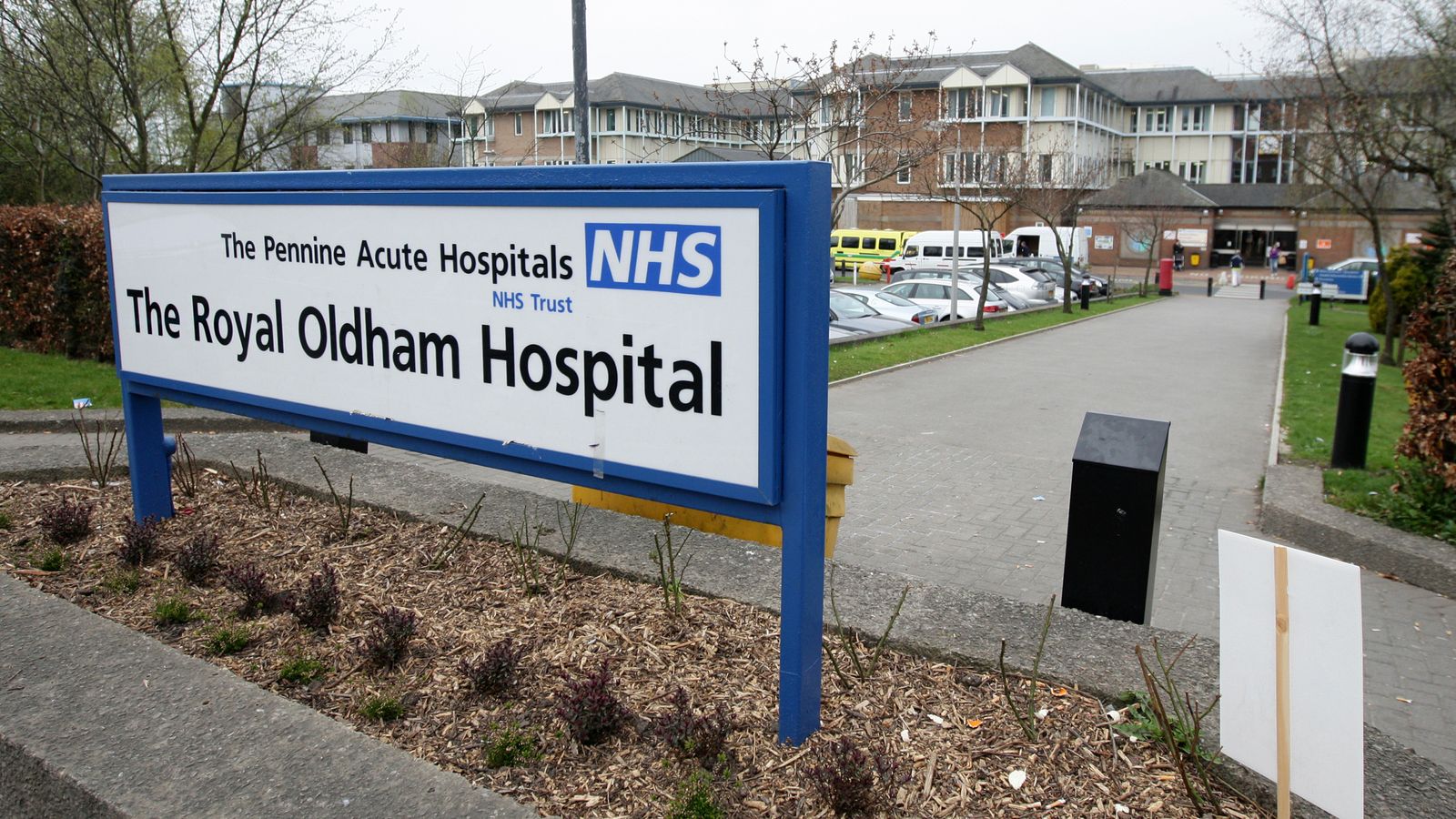 Patients have been warned to expect delays at four hospitals in Greater Manchester because of IT failures that have left some waiting for 11 hours in A&E.

The issues began last Wednesday, according to the Northern Care Alliance NHS Foundation Trust. Sky News understands they are purely technical and not related to a cyber attack.

Among the most badly affected departments is A&E at the Royal Oldham, according to Manchester Evening News, which reported that the hospital had declared a critical incident.

The newspaper suggested critical incidents would soon be declared at the other hospitals too due to the burdens the IT failures were placing on delivering care.

The trust said its digital IT team “continues to investigate the issues with the relevant technology providers to resolve this” but did not give a timeline for when the hospitals would be back to normal.

‘Some patients may experience delays’

Dr Chris Brookes, the trust’s deputy chief executive, said its “clinical teams are continuing to rely on our robust contingency plans for such critical incidents”.

He added: “Patient safety and maintaining essential services remains our priority. We are doing everything we can to fix the IT issues and to limit disruption to patients and our services.

“However, unfortunately some patients may experience some delays and additional waiting across some of our services such as outpatient appointments, diagnostic tests or scans. We apologise for this.”

He confirmed: “All patient records and personal data held by the NHS and Trust remains secure and unaffected.”