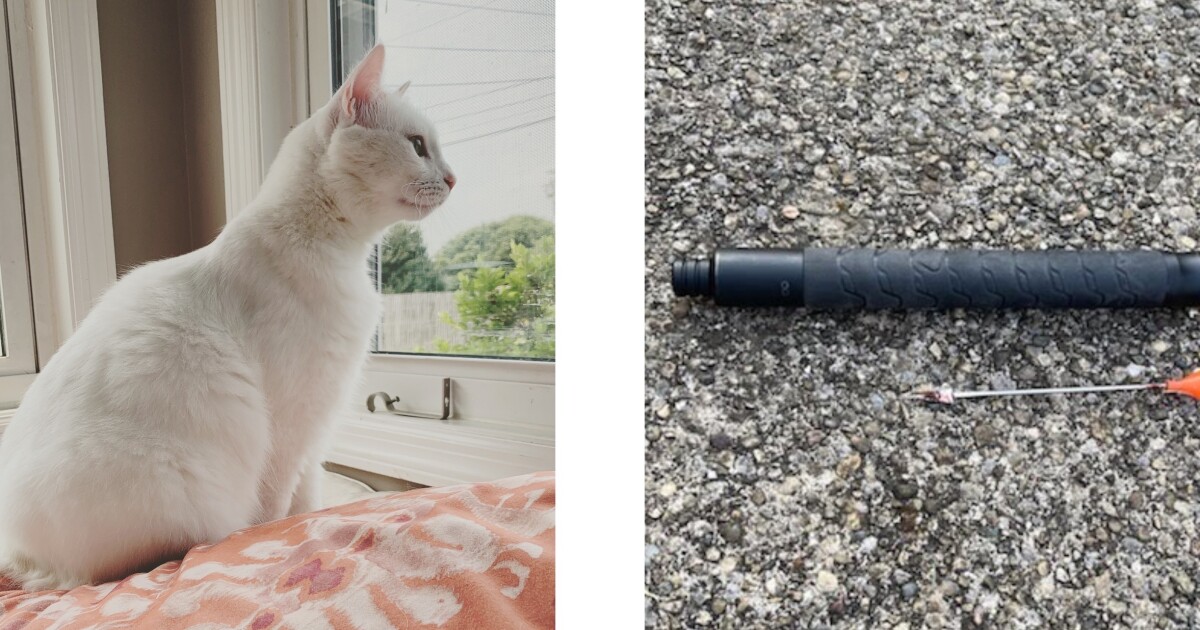 NICHOLASVILLE, Ky. (LEX 18) — PETA President Ingrid Newkirk is offering a reward of up to $5,000 for information that leads to the arrest and conviction of whoever is responsible for killing a Jessamine County cat with a dart.

Melissa Lapish said one of her cats, George, didn’t come home the night of Thursday, March 17, after playing in their yard. They looked for him over the weekend, and four days later, her daughter found his body up against their Applegrove Drive home. Someone had fired a dart through his neck.

“This was uncalled for. It was not okay,” Lapish said. “He’s got seven kids that love him, so that was really hard for all of them.”

George’s family believes whoever killed him trespassed in order to it, according to PETA.

PETA says in 2020, a cat on the adjacent Strawberry Lane died after being shot with the same type of hunting dart. Police say they have no leads in either case.

“It’s critical to find these cats’ killer for their sake, but as criminologists know, people who pick on defenseless animals usually don’t stop there,” says Newkirk, “PETA urges anyone with information to come forward and for people to keep their cats inside where it’s safe.”