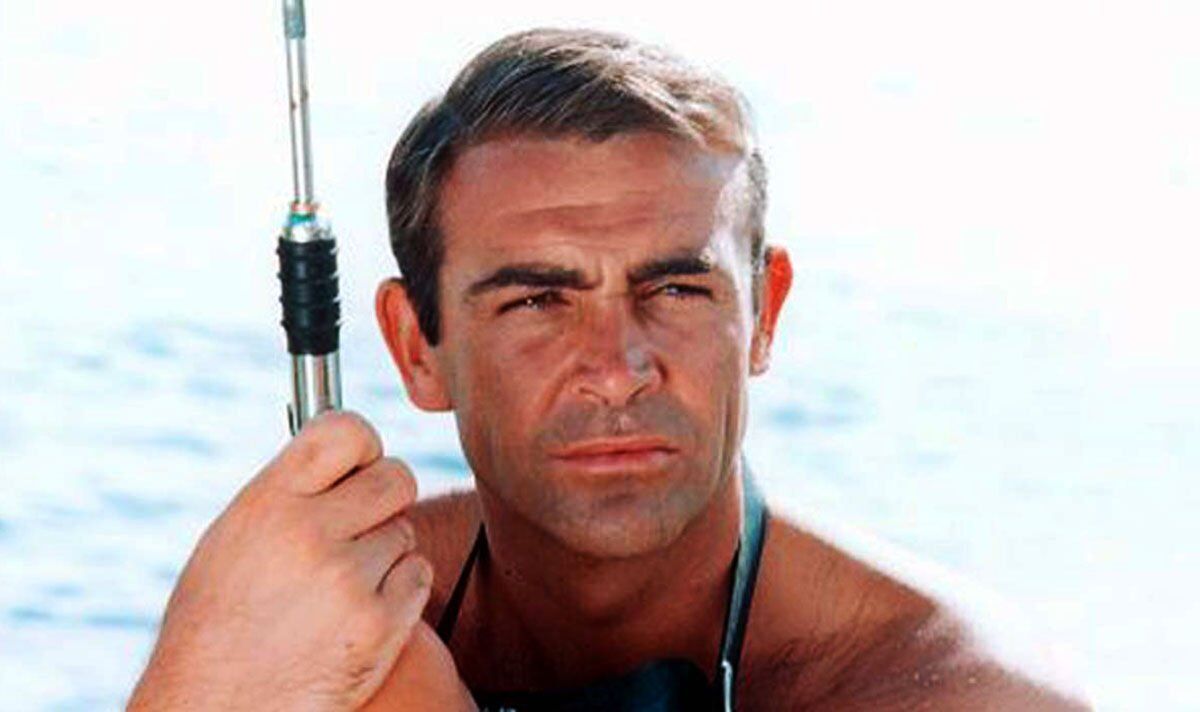 At a strapping 6’2, Sean Connery probably still remains the most physically imposing of all the James Bond actors. A former boxer and nightclub bouncer who mixed in rough circles in his earlier years, the Scottish actor didn’t just look the part. Admittedly, he had needed a few drinks on set to get through filming the iconic opening casino scene and iconic line “Bond, James Bond” in his first film, Dr No, but even after he became a major star he was still human, and shared one of our most primal fears. Unsurprisingly, he was absolutely horrified when he heard about plans for a central scene in the fourth film in the franchise. Director Terence Young later admitted that some shots of Connery’s terror were actually very real. SCROLL DOWN TO WATCH THE SCENE

Bond fans should keep an eye out for the classic Thunderball swimming pool scene with some dead-eyed, sharp-toothed unwelcome extra guests.

Much of the 1965 film takes place in the Bahamas as Bond is sent in to retrieve two warheads stolen by Emilio Largo (Adolfo Celi). The eyepatch-toting villain famously keeps sharks in his swimming pool, as you do. When Bond first visits, Largo boasts they are Golden Grotto sharks named after a local reef and “the most dangerous and savage” sharks in the world.

In real life this isn’t actually true, no such breed exists. On-screen, the secret agent simply replies, “Charming”, but when it came to filming his close encounter with the toothy pets, Connery lost his cool. The danger was very real and then far too close for comfort when two major things went wrong.

Connery was only convinced to go ahead with the scene after a plexiglass screen was built in the pool, separating him from the sharks. He was also told that dead sharks would be used for part of the filming, pulled through the water on invisible wires.

However, production designer Ken Adam later confessed: “What I didn’t tell Sean was that I could only get so much Plexiglass.” There was, in fact, still a gap left.

Connery and the stunt supervisor were both still in the water when one of the supposedly dead ‘stunt sharks’ not only surged back to life but also found a way through the badly-made safety glass.

WATCH THE TERRIFYING THUNDERBALL SCENE BELOW

At the end of the scene on screen, Bond pulls himself out of the pool closely pursued by a shark. As he was filming, he suddenly realised the deadly predator was, in fact, very much alive and closing in. The actor swam frantically to the edge of the pool and hurled himself out.

Special effects coordinator John Stears later revealed the shark was unexpectedly still alive and had begun to thrash. Even worse, there was space for the live ones on the other side of the supposedly protective glass to get through.

Sharks will attack an injured one and a horrifying feeding frenzy erupted, as Stears screamed, “Get me out of here.”

Sharks plagued the entire film shoot, with all the main underwater scenes at sea having to be shot at very low tide, due to the number of wild ones in the area.

She said: “One time, we’d finished filming for the day, and there were hundreds of people milling around on the beach, all roped off watching. Sean called to the set hairdresser, ‘Here, you’, and then he simply pulled off his toupée and threw it at the hairdresser.

“The hairpiece sailed over like a Frisbee and as the hairdresser caught it, Sean said something like, ‘That’s it, I’m off.’ Everyone just collapsed. It was the funniest thing.”

FROM RUSSIA WITH LOVE IS ON ITV4 TODAY AT 6.40PM