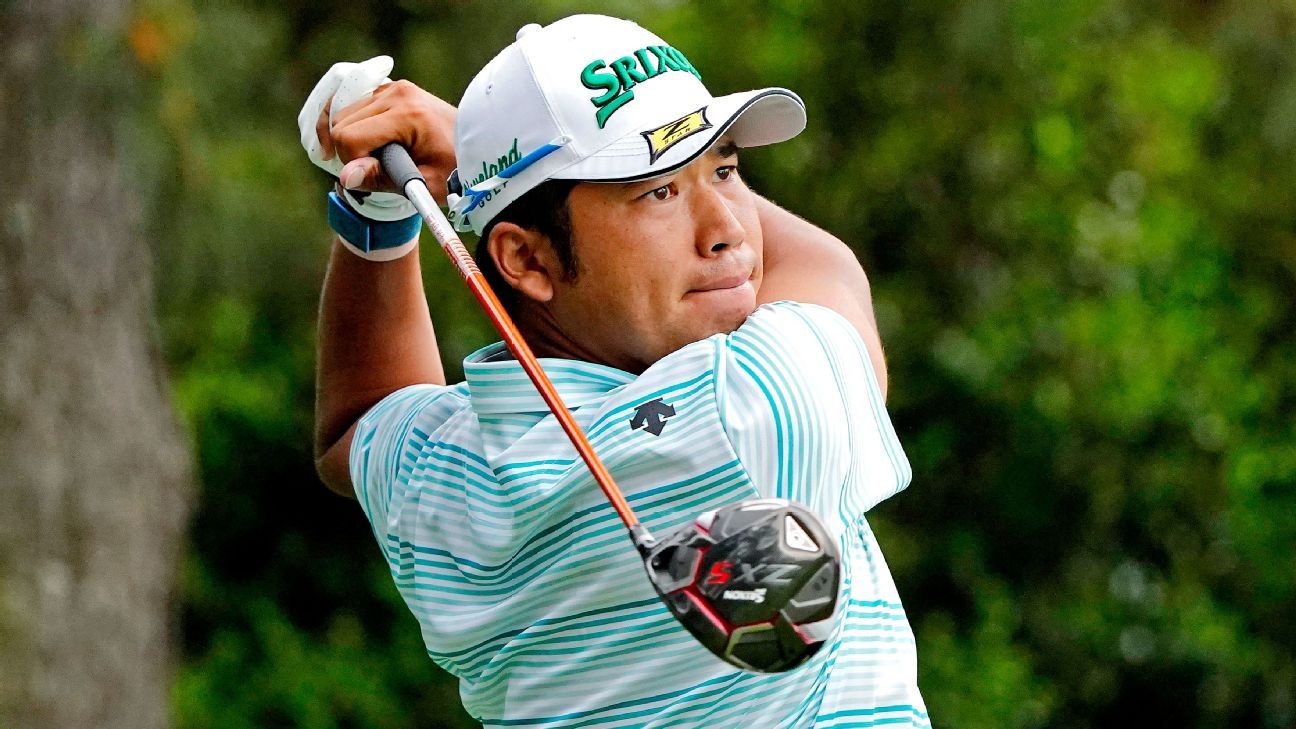 The PGA tour heads to Arizona this week for the 2022 Waste Management Phoenix Open as some of the best golfers in the world compete TPC Scottsdale.

The tournament, historically has been a strong event on tour with a loaded field including last year’s winner Brooks Koepka and top ten players like Hideki Matsuyama, Justin Thomas, Xander Schauffele and Viktor Hovland to name a few.

Which players are the favorites this time around? Who offers good odds? And what props are worthwhile?

Thomas has three top 5 finishes this season, two top 3s and two top 20s here the last four years. This is a track and a tourney that suits his game! His iron game was on point at the Farmers — gaining 1.3 shots on the greens — and that is an important metric this week.

It’s his first event since November, as he had a lower back injury. But that doesn’t worry me, as Louis has one of the sweetest swings on tour and has done very well here, finishing T-11 last year and third in 2017.

It would’ve been hard not to like Matsuyama here if he was coming in cold, but he is the only two-time winner so far this season and this is one of his favorite courses. Matsuyama is the all-time money leader at this event with over $3.3 million in career earnings, has back-to-back wins in 2016 and 2017, a runner up, a T-4 and two additional top 20s. His worst finish in Scottsdale (besides his injury withdrawal) was a T-42 last season. Over the last 36 rounds at TPC Scottsdale, Matsuyama is tops in SG: total, tee-to-green, ball striking and approach. The current FedEx Cup leader has wins in two of his last four events (Zozo in October and the Sony Open last month) and is 11th on Tour in SG: tee-to-green. We all know his lone flaw, (183th in SG: putting), but that hasn’t mattered on this track, as some of the poorest putters on tour have won here. The putting surface is over-seeded hybrid and is a step away from the bumpy Poa greens we see in California and Hawaii.

Let’s start with a disclaimer … the WMPO is big course history-type event, where players that do well here usually have done well here in the past or at other similar courses. Hovland has only played here once, two years ago, and missed the cut. But that is not going to deter me here, as Hovland is winning everywhere he plays. He won two weeks ago in Dubai, finished fourth the week before in Abu Dhabi and finished the 2021 calendar year with wins at Mayakoba and the Hero World Challenge. If I am going to pick one “outsider” to triumph at Scottsdale, it’s going to be arguably the hottest golfer around. Hovland is 10th on your off-the-tee and 17th on approach, two stats that will play well here. As long as he doesn’t become distracted by the crazy atmosphere, I expect the Norwegian to be right there in contention.

Any course that is a ball-strikers course that needs nice, tight irons to greens, means play Simpson. He won two years ago, was runner-up in 2017 and has five top-10s in 11 starts. His form has not been great, as he only has one top 10 since last August, but this is the type of course where his game gets right. He also has a win at TPC Sawgrass, which is similar in setup to this course in Scottsdale.

When I handicap golf, I use a combo of course history, current form and course/player metrics. Entering this event, Henley has them all. He’s fourth on tour in tee-to-green, second on approach and seventh total. He finished runner-up at the Sony in January and T-14th at the Amex. His numbers here at Scottsdale aren’t as good as others I played, but he does have a couple of top-20s in the last few years.

It’s his first event since November, as he had a lower back injury. But that doesn’t worry me, as Louis has one of the sweetest swings on tour and has done very well here, finishing T-11 last year and third in 2017.

Access 4,300+ hours of live coverage from 35 PGA TOUR tournaments each year, including 4 days of coverage at 28 events with four feeds each day. Plus, access replays, originals and more. Stream on ESPN+

Since I took last week off in the column, I owed everyone a boom or bust long shot. I spent some time digging and decided on Steele. His recent form won’t wow you (he is 150-1 for a reason) with back-to-back missed cuts in Hawaii and at the Amex, but it was only five starts ago that he finished runner-up at the Zozo. But that’s not why I am taking him. If you get by his T-30-MC-MC of the last three years here, you’ll see a T-3 in 2018 that capped a run of seven consecutive top-26 finishes, including three straight top-6s in 2012-14. Two of his three career wins have come at Silverado, a desert course relatable to TPC Scottsdale. In the last 36 holes here, Steele is fifth in SG: total, sixth in tee-to-green and fourth in ball striking. Good numbers for a 150-1 shot.

He’s getting close. After a top-15 finish two weeks ago, Putnam was in the mix Sunday at Pebble before finishing T-6. He finished T-7 here last year, and his short game should give him a nice chance at another solid week.

Thank goodness Spieth survived “the cliff shot”, so we can see him tee it up again this week in the desert. He comes in hot after a 2nd place finish at Pebble — where where he gained close to 6 shots on approach. Spieth shot a 61 here last year, and will be a crowd favorite.

The world’s top-ranked player has done everything but win here, with all six appearances ending in top-16 finishes and three in the top 10. He went to college at nearby ASU, lives in town and will have “home-field” advantage. However — and this is why I am not taking him to win at the +750 price of favorite — he hasn’t won here and hasn’t done as much winning as you’d think for that top ranking. Yes, he won last year’s U.S. Open at Torrey Pines, but that’s his only win dating back to August 2020. Yes, he likely would’ve won the Memorial if not for the positive COVID-19 test, but Rahm has done more contending than winning lately. Not counting the withdrawal at the Memorial, Rahm has nine top-10s in his last 10 PGA Tour events. He’s a machine and the betting favorite at home, but I want to see him close the deal before I lay less than 10-1 again like I did at Torrey two weeks ago. For now, I’ll take even money on him doing what he does every week… finish in the top 10.

Henley checks a lot of trending boxes heading into the Phoenix Open. Ten of the past 11 winners finished in the top 7 or better in their last 5 starts, 8 of the past 10 winners ranked top 50 in GIR the previous year. Henley ranks in the top 11 in DA, Top 5 in SG on approach, and tee-to-green this season. It’s impossible to ignore what a perfect fit Henley will be this week to make some noise, and possibly win.

This week’s throw a dart at the top 10/20 and see what happens. Lashley finished T-28 last week at Pebble, and as his putter goes, he goes. Whatever is in the desert though, Lashley approves. He has finished T-3 and T-17 the last two years, so there are worse long shot stabs out there!

Oothusizen finished 11th here last year. He is another golfer that checks a lot of boxes on metrics needed to win. He’s top 10 in strokes gained, driving distance, driving accuracy and tee-to-green this season.

Welcome back, Louie. Everyone’s favorite major’s bridesmaid hasn’t teed it up for a complete event since October. But we don’t need to see Oothusizen to remember how good he is. As one of the premier ball-strikers in the game, he finished T-11 here last year and third in 2017. It’ll take some time before we are ready to pick him to win, especially on American soil where he never has, but a top-20 at this course should be something we can cash on.

Many will stay away from Conners because he missed the cut in his last two starts, but don’t let that scare you. He finished 17th here last year, he has been solid in SG on approach, and top 5 in OTT. This is a course that best suits his game.

List has finished in the top 30 three of his last four years at the Phoenix Open. This is the year he breaks into the top 20 — considering he is at the top of the rankings this season in strokes gained on approach, OTT, and GIR.

When filling out my DFS roster last week, I took a stab at Putnam and he delivered, holding a share of the 54-hole lead before fading to sixth. That earned him a spot in the column this week, as he seems to be getting better with each event. He had a T-27 at Sony, a T-14 at the Amex and a T-6 at Pebble Beach. He finished seventh here last year and is giving us +300 out money to finish in the top 20.

Mitchell comes in hot after finishing 12th last week at Pebble Beach. He finished 16th here two years ago, and ranks in the top tier in SG OTT, and T2G this season. He also has the swag to play nice with the crazy fan base this week.

Knox is flying under the radar this week, but has what it takes to score well on this track. Has gained strokes on approach, OTT, and GIR this season. Knox finishing in the top 40 at plus money is a bargain for a golfer that checks many boxes that scream success in this tournament.