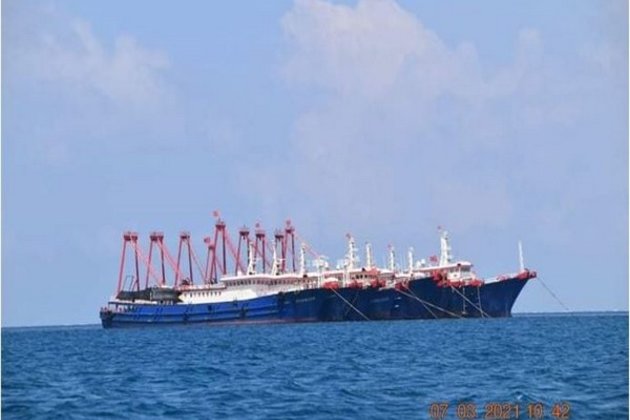 Manila [Philippines], January 4 (ANI): The Samahanng Nagkakaisang Marinong Pilipino (SMNP), a seafarers group in the Philippines, has questioned the country’s Department of Labor and Employment (DOLE) and Department of Migrant Workers why Chinese dredgers in the country are not hiring Filipinos to control their vessels, according to a report in The Geneva Daily.

According to the report, a common feature of Chinese-funded projects is their failure to engage local stakeholders, civil society organisations, and communities to inform, consult, solicit input, or address their grievances.

China-funded projects depend highly on imported Chinese labour, the report stated, adding that this high reliance on Chinese labour, however, reduces the project’s benefits to the host countries and generates social tensions and problems.

Philippines-based SMNP demanded that the Chinese dredgers operating in Manila Bay open high-value jobs in the country for Filipino seamen, the report said. According to the SMNP, having the vessels fully manned by foreigners amounts to disregarding the Filipino seafaring profession.

The group noted that the vessels were supposed to be under the Philippines flag arrangement but continued to employ Chinese crew members, which should not be allowed by local authorities, according to The Geneva Daily.

As per the regulations in the Philippines, foreign vessels and crew without a special permit from the Maritime Industry Authority (Marina), cannot operate in the country’s domestic waters.

CHEC vessels extract sand from the Bucao River in Botolan, Zambales and dump it in Manila Bay under a sand supply contract with a local company, The Geneva Daily reported, adding it was being questioned as to how the CHEC became the supplier of sand to the multi-billion Manila Bay reclamation projects when it allegedly does not have a permit from the Department of EnvironmentNatural Resources (DENR) and of Public Works and Highways, as well as the Zambales local government to extract sand from the Bucao River.

The China First Engineering Co. is the other Chinese company whose vessels were reportedly the subject of an ongoing PCG probe for conducting alleged illegal activity in Manila Bay, according to the report. (ANI)